Dow plunges over 2,300 points Thursday, the largest point drop ever 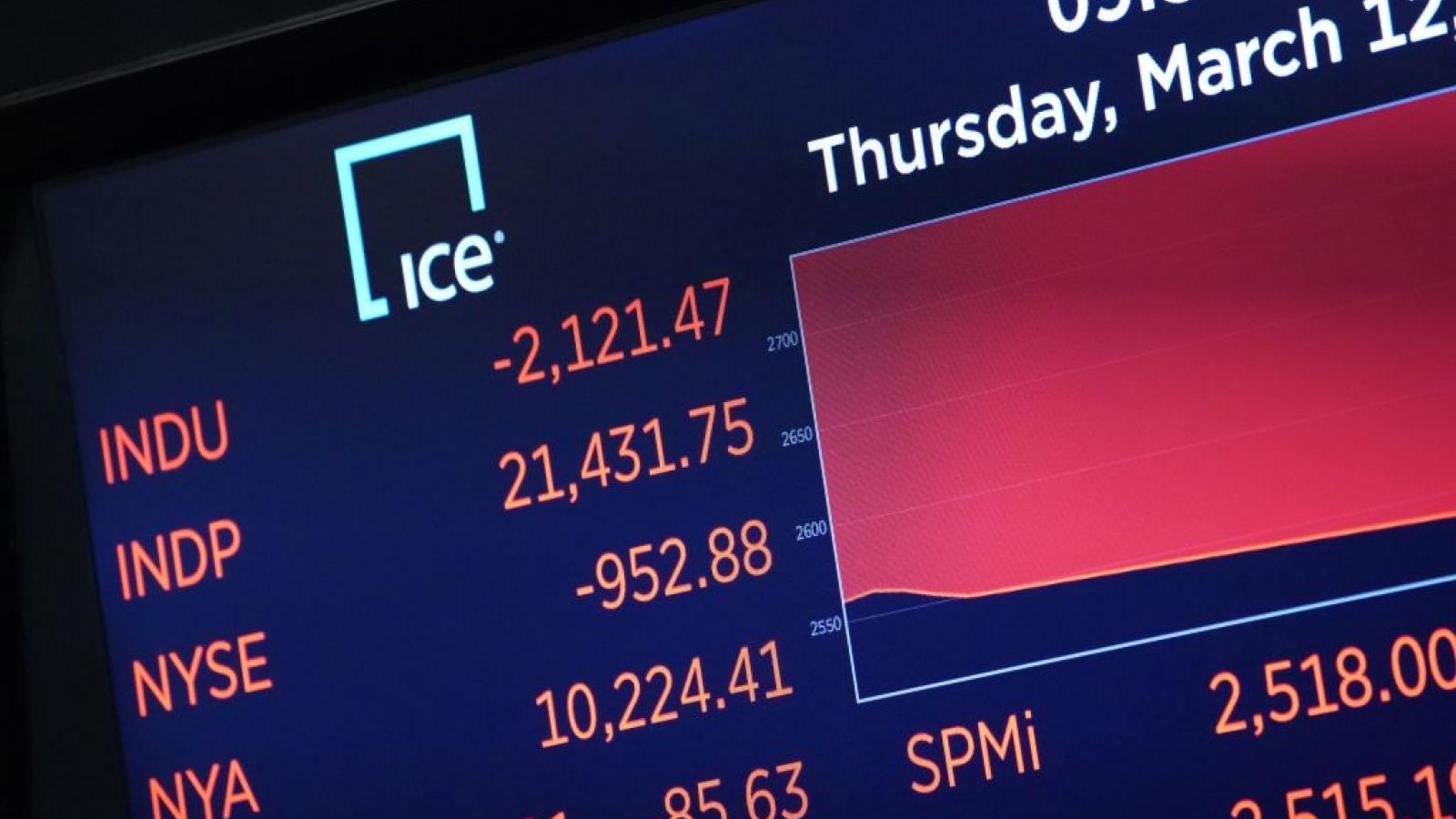 The Dow Jones Industrial Average on Thursday posted its largest point drop in history and its largest percentage decline since 1987, plunging more than 2,300 points, continuing a streak of massive volatility that has had the index on a roller coaster ride all week.

The decline follows wild fluctuations the first three days of the week.

The Dow on Wednesday plummeted more than 1,400 points. On Tuesday it gained over 1,100 points, after losing over 2,000 points on Monday, previously the largest point drop ever for the index.

Thursday's losses follow President Trump on Wednesday night announcing measures to stem the spread of the coronavirus, including a 30-day ban on European travel, as well as measures to mitigate its negative economic impact.

The steep decline also comes even as the Federal Reserve announced plans to infuse roughly $1.5 trillion dollars into the economy.

“The coronavirus is scary and people don’t know what to expect,” Kathy Entwistle, senior vice president of wealth management at UBS said according to CNBC. “It’s like the tsunami is coming. We know it’s going to hit any day and nobody knows what the outcome is going to be.”