"I would recommend strongly stay away from that this year," Fauci said. "There will be other years to do that, but not this year."

President Joe Biden's chief medical advisor Dr. Anthony Fauci said during an interview Monday that people should stay away from New Year's Eve parties, but was caught maskless at a party last month.

CNN "New Day" guest host Kaitlan Collins acknowledged that Fauci said it is fine to gather in with friends and family in vaccinated and boosted groups, but she asked if he had any "advice to people about larger settings for New Year's parties."

"I would stay away from that," Fauci responded. "I have been telling people consistently that if you’re vaccinated and boosted, and you have a family setting – in the home with family and relatives – but when you’re talking about a New Year’s Eve party, we have 30, 40, 50 people celebrating you do not know the status of the vaccination, I would recommend strongly stay away from that this year. There will be other years to do that, but not this year."

Dr. Fauci was reportedly spotted maskless last month at the swanky D.C. restaurant Cafe Milano. He was attending a party to celebrate the release of Jonathan Karl's book, "Betrayal: The Final Act of the Trump Show." All attendees were required to show proof of COVID-19 vaccination, but at the time, the nation's capital still had an indoor mask mandate in place.

Politico reported that as people attempted to take maskless pictures of Fauci, he would take the face covering on and off depending on who was around.

Quinn said Fauci responded: "I just decided that if anyone came up that I didn’t know, I would put my mask on."

She said "paparazzi" were surrounding him to snap a photo of a maskless Fauci. Quinn defended him, and said: "He was being safe… He knew everyone was vaccinated. If it was someone we knew, he would trust them, and if it was somebody else, he didn’t."

The D.C. indoor mask mandate was lifted the following Monday, but was reinstituted last week due to a rise in COVID-19 cases. D.C. has since been described as "an omicron hot spot" due to a more than 3,300 percent increase in COVID cases in the district. 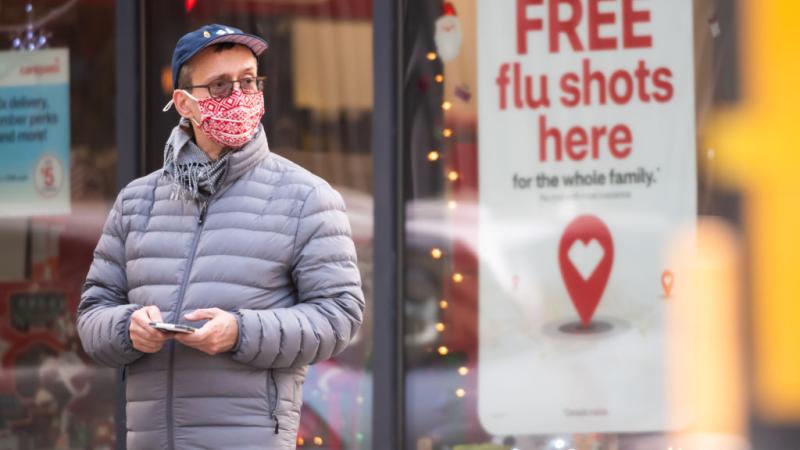 Survey: Less than half of U.S. adults will get flu shot this year; most will wear mask at some point

You Vote: Do you support Planned Parenthood opening its first mobile abortion clinic?