Americans 49% to 34% reject use of military for crowd control amid George Floyd protests, poll finds

'There is a huge partisan divide on the question of whether the military should be used to suppress the recent wave of protests,' Rasmussen said 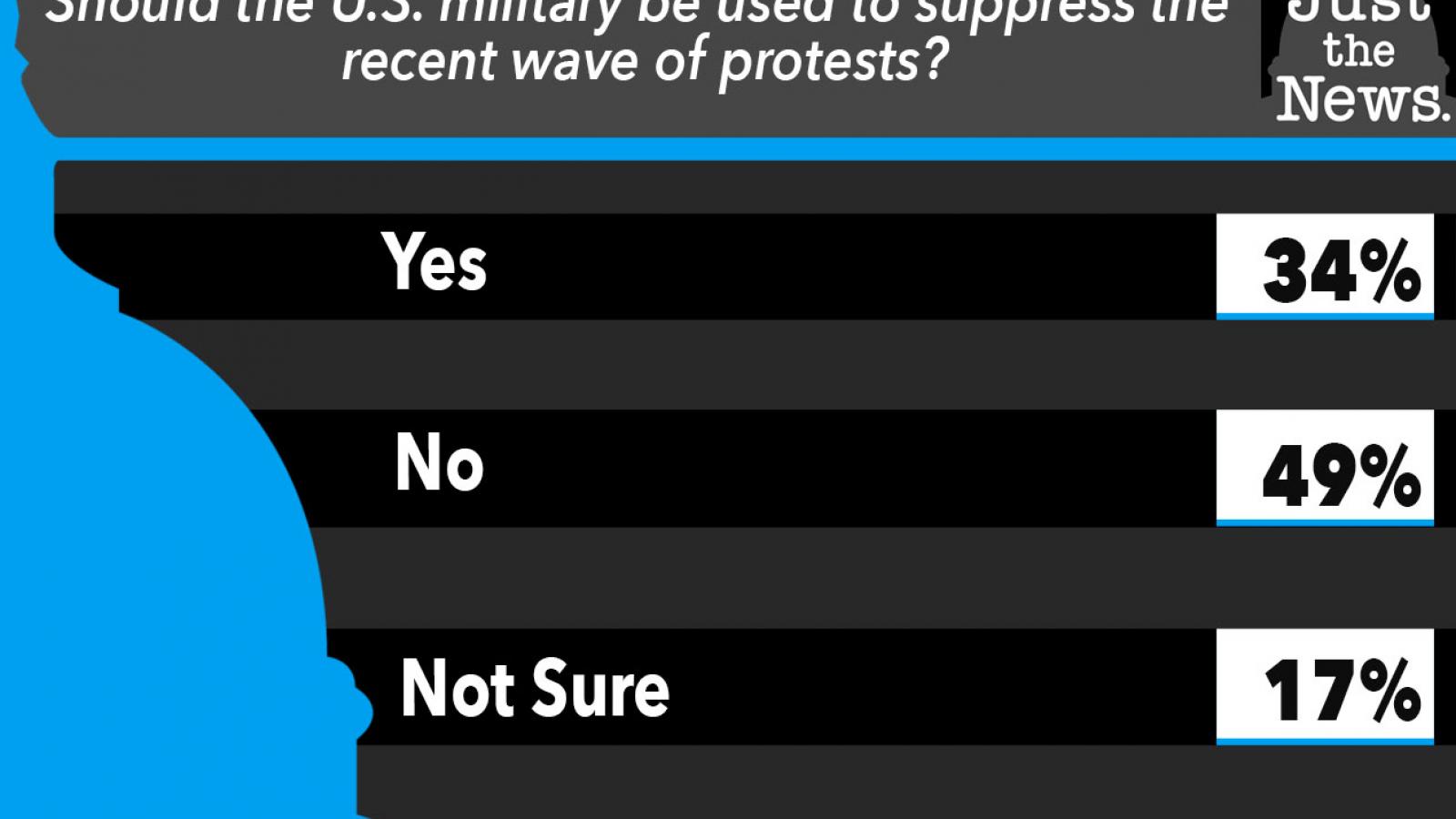 Amid the nationwide George Floyd protests, 34% of Americans voters think the military should be called in for crowd control, while 49% disagree, according to the Just the News Daily Poll with Scott Rasmussen.

Floyd died May 25 after a Minneapolis police officer kneeled on his neck, sparking days of protests across the country that at times devolved into riots that included violence, looting and arson. Active duty troops were brought to the Washington, D.C.-area but were not pressed into action.

"There is a huge partisan divide on the question of whether the military should be used to suppress the recent wave of protests," Rasmussen said. "Republicans, by a 59% to 19% margin, say yes. Democrats, by a 74% to 16% margin, say no. Independents are opposed by a 50% to 28% margin."

Rasmussen also said that other survey data shows that two-thirds of voters have had protests in their area, but only 31% of them have seen those protests turn violent.

On Wednesday, the Union Veterans Council of the AFL-CIO labor union launched a petition calling for the resignation of Secretary Defense Secretary Mark Esper and Gen. Mark Milley, chairman of the Joint Chiefs of Staff.

The petition follows a vote Tuesday by the AFL-CIO's General Board to join the Union Veterans Council's effort to reject what it called the "misuse of federal military power to put down peaceful demonstrations."

"Peaceful protesters should always be guaranteed their constitutional right to assemble," the AFL-CIO said in a statement issued Wednesday. "Instead, America’s soldiers and police officers were ordered to tear gas their fellow citizens so the president could walk to the historic St. John’s Church in Lafayette Square, just steps from the AFL-CIO, and have a photo-op.

"Esper and Milley not only participated in this shameful stunt, but they also were complicit in helping to plan it. The two high-ranking American officials endangered their fellow Americans and failed to uphold their sacred oaths. They should step down immediately."

Just the News Daily Poll respondents were asked “Should the U.S. military be used to suppress the recent wave of protests?" They replied as below: