Among likely voters, nearly half have already cast a ballot in 2020 election

Close to half of all self-identified likely voters have already cast a ballot in the 2020 election, according to a new Just the News Daily Poll with Scott Rasmussen .

Among a subset of voters who identified themselves as “likely” to vote, 47% said they had already done so, while 37% said they intend to vote at a polling place on Election Day.

The remaining 16% said they plan to vote in between now and Election Day, less than a week away. 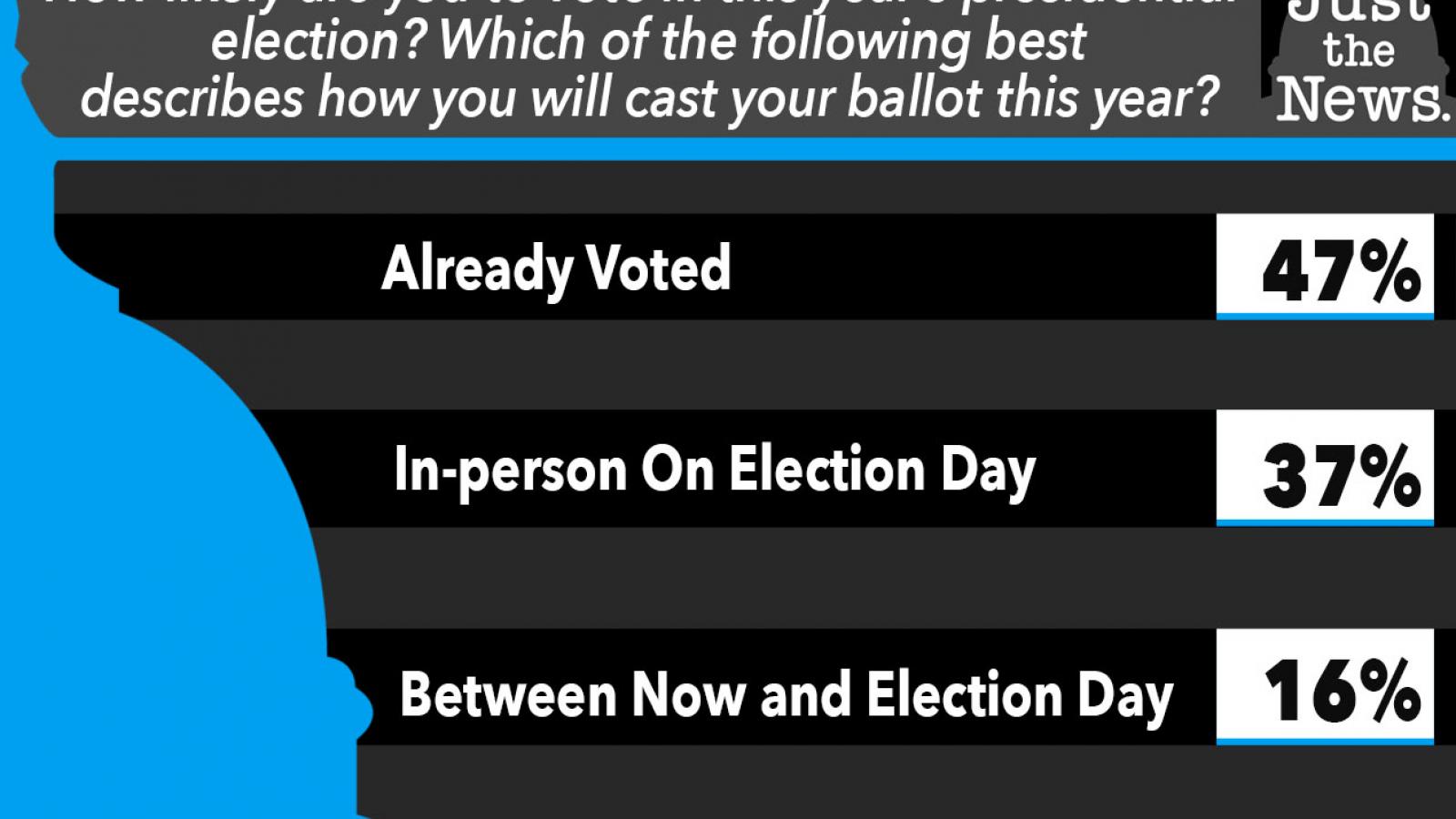 The COVID-19 pandemic has resulted in many Americans voting by mail – to avoid coming into contact at polling stations with people who might potentially have the virus. However, public health experts such as Drs. Anthony Fauci and Deborah Birx have stressed that voting in person is safe.