'The way the pandemic unfolds and society is re-opened will be the key factor in determining who wins the 2020 presidential election,' pollster Scott Rasmussen said. 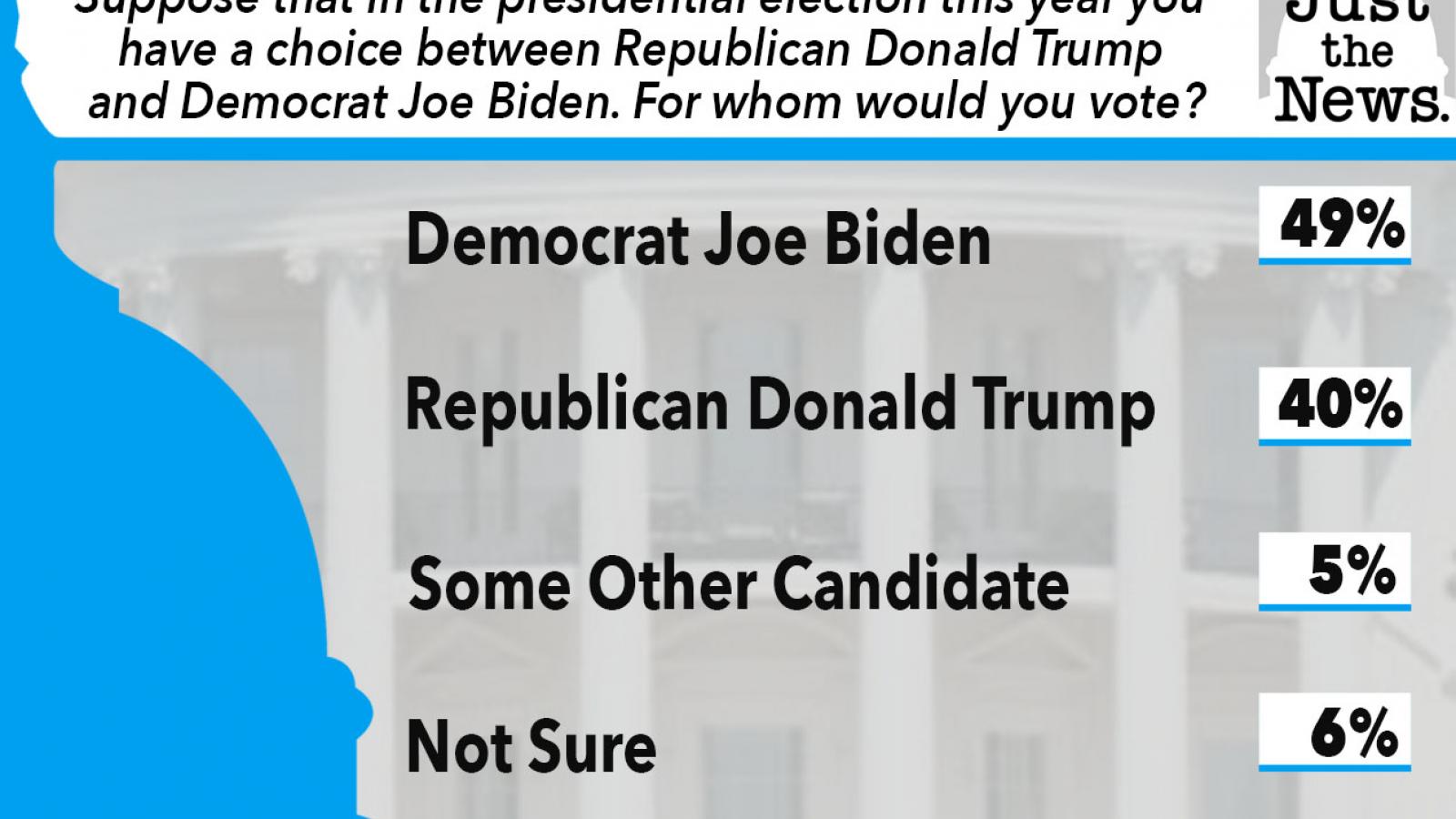 Presumptive Democratic presidential nominee Joe Biden has a nine-point lead over incumbent President Trump among registered voters. However, fluid support for both candidates suggests that a strong, post-coronavirus response could swing the election for the president, according to the Just the News Daily Poll with Scott Rasmussen.

The first JTN survey of the presidential race shows Biden with the single-digit advantage among registered voters and a seven-point lead among those most interested in the election.

"Those results reflect an improvement for Biden compared to a poll I conducted last month," Rasmussen said. "At that time, Biden had a five-point edge among registered voters, and the candidates were virtually even among those with the highest level of interest (i.e. those most likely to vote). Perhaps being out of the spotlight is good for Biden, or perhaps the growing impact of the lockdown is beginning to have an impact on the president’s support."

However, Rasmussen also pointed out "an interesting dynamic" among those who are not Strongly for or against the president (roughly a quarter of all voters). Among those who Somewhat Approve of the president, just 57% are committed to voting for him at this time.

Twenty percent (20%) prefer Biden, while 23% aren’t committed to either candidate. As for those who Somewhat Disapprove of the president, just 65% are committed to voting for Biden.

"Five percent (5%) would vote for the president, presumably as the lesser of two evils," Rasmussen said. "Thirty percent (30%) are not committed to either candidate. This suggests that there’s a lot of room for movement, the president has some catching up to do."

"The gender gap is massive," Rasmussen said. "Trump is +1 among men but minus 20 among women. Particularly of interest is the fact that the president trails by 26 points (60% to 34%) among suburban women."

Respondents were asked “Suppose that in the presidential election this year you have a choice between Republican Donald Trump and Democrat Joe Biden. For whom would you vote?" They replied as below:

"Caution should be observed in reading any election polls at this time," Rasmussen also said. "Not only is the election more than six months away, we are living through an extraordinary event with the pandemic. The only thing we know for certain is that the reality of life in America will change dramatically before election day. The way the pandemic unfolds and society is re-opened will be the key factor in determining who wins the 2020 presidential election."