Nearly 40% of voters believe those concerns were "swept under the rug."

Less than half of U.S. voters say that concerns and allegations of voter fraud were given appropriate attention by the courts and Congress, according to a new Just the News Daily Poll with Scott Rasmussen.

Just 49% of respondents said such concerns received a "fair hearing" before the courts and Congress, while 38% said the concerns were "swept under the rug." 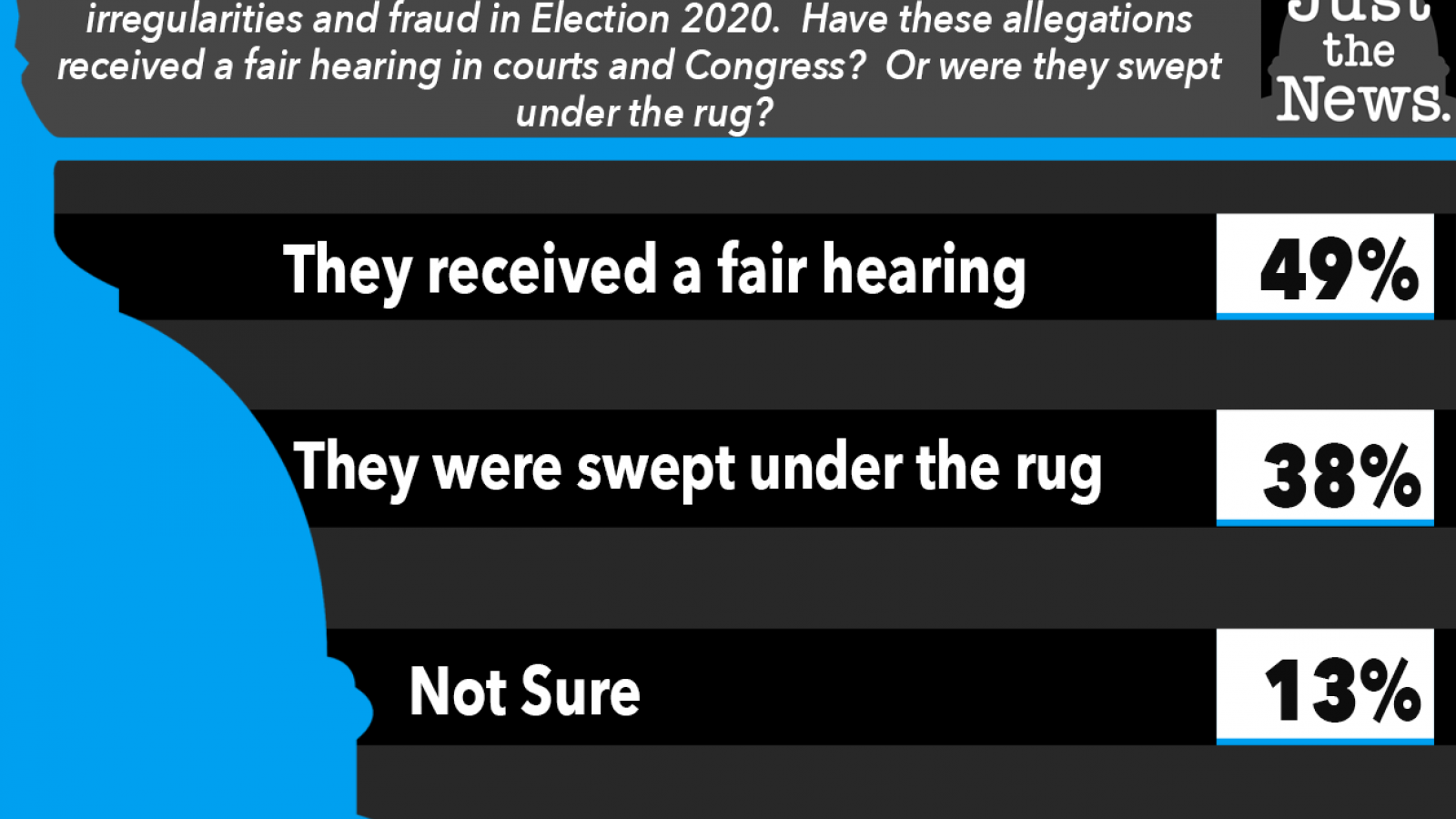 Allegations and lawsuits related to election integrity proliferated in the wake of November's election, with investigators, pundits and politicians — including President Trump who lost reelection — claiming that significant irregularities have cast doubt on the legitimacy of the election results.

Multiple courts have struck down challenges to election results nationwide, though numerous investigations and court cases are still ongoing.

Musk poll show he should step down as Twitter CEO, after he pledges to abide by the results