A majority of U.S. voters is concerned about the impact of policies by Democrats now in control of Washington – with domestic economic fallout and China's global dominance topping the list, according to a new Just the News Daily Poll with Scott Rasmussen

Sixty-seven percent of respondents expressed concern about "policies being proposed by President Biden and leading Democrats in Congress," while less than a third voiced little to no concern.

Voters who admitted being concerned about those policies were mostly worried about either the economic effects of such proposals (44%) as well as China's potential for superseding the U.S. as the world's economic superpower (22%).

A low percentage of respondents were worried about proposals such as defunding the police, implementing the Green New Deal and packing the Supreme Court. 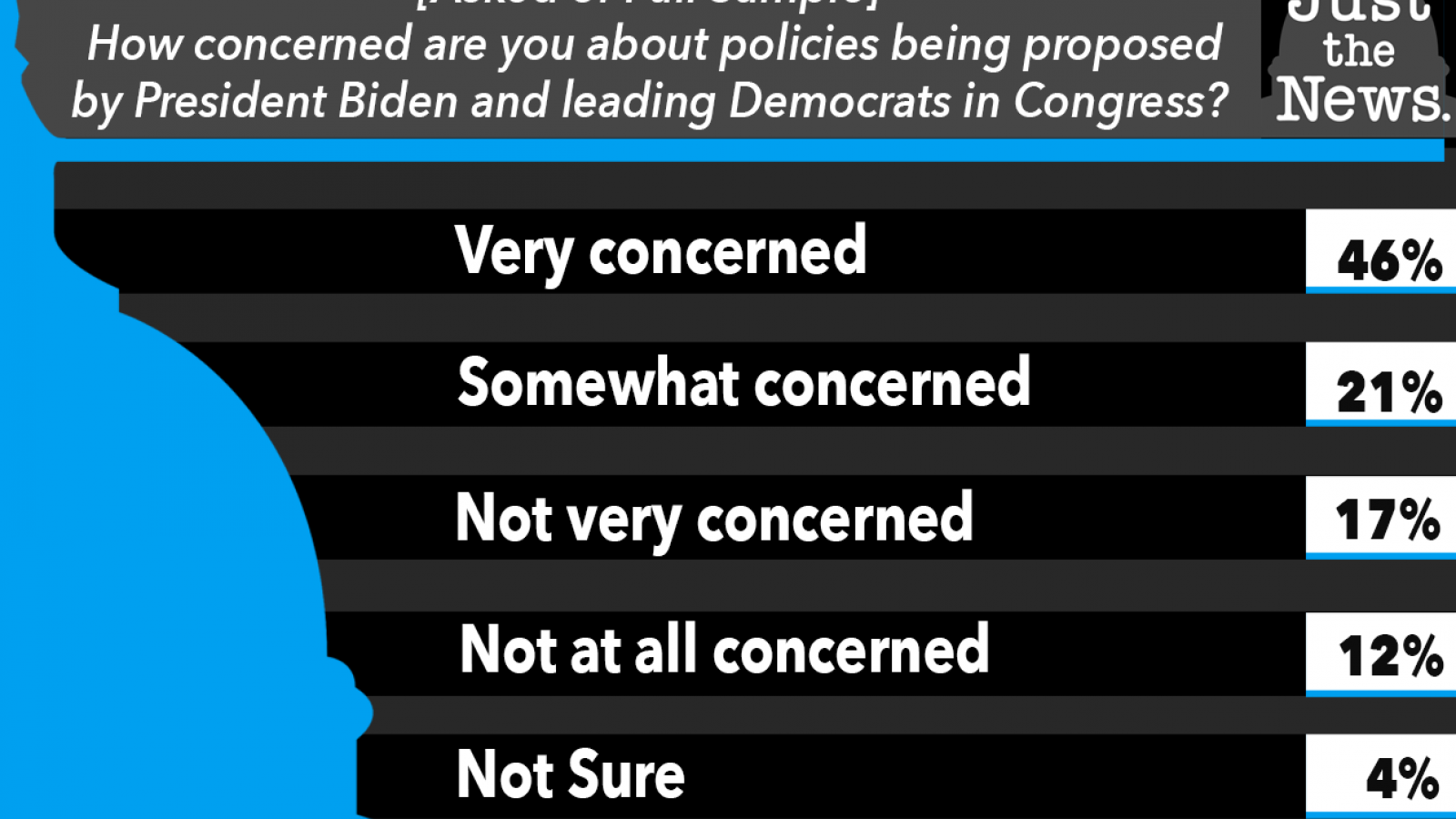 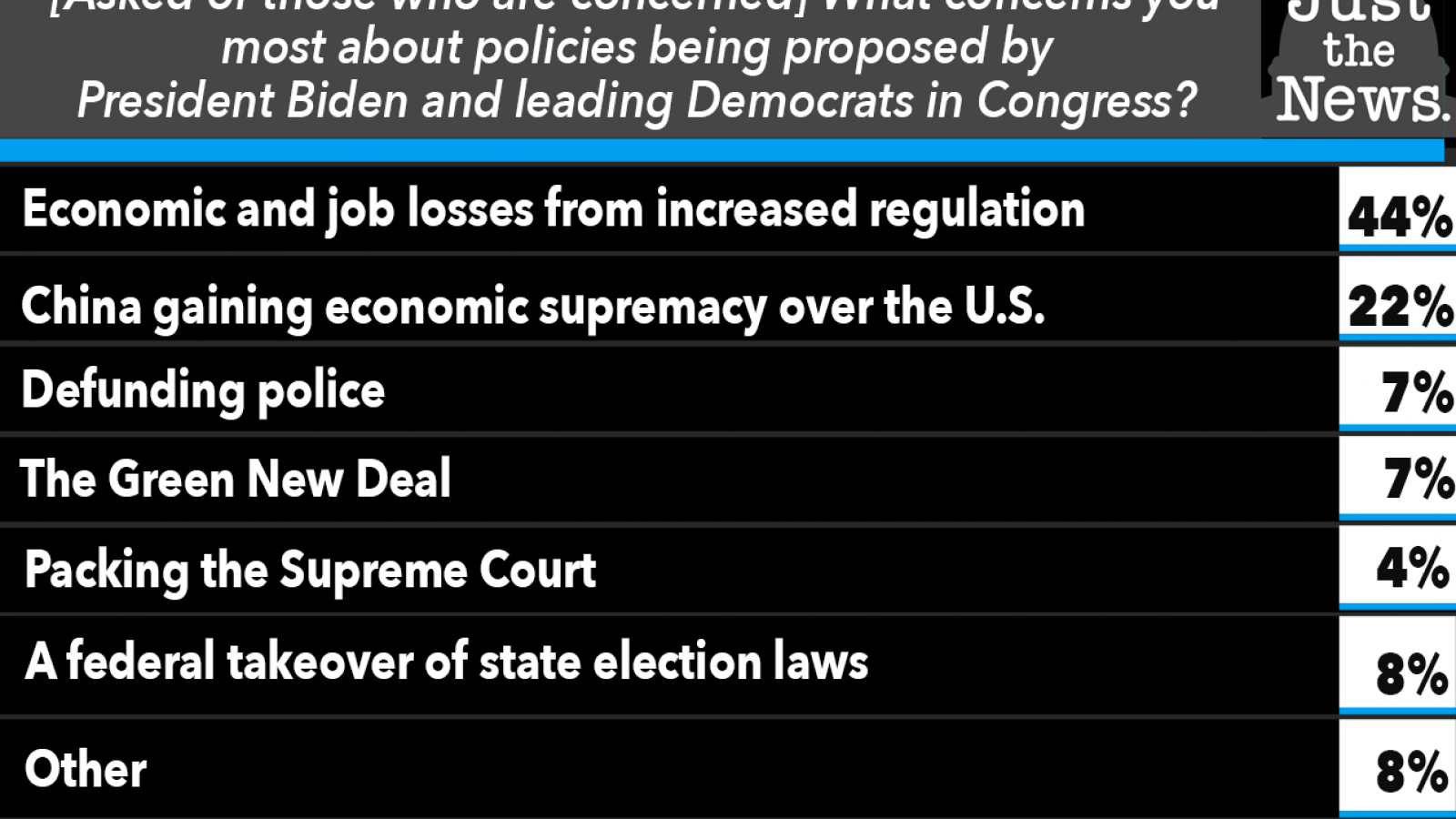 Democrats control the White House and both chambers of Congress, leading to predictions that the first two years of the Biden administration will include a flurry of progressive legislation passed with congressional Republicans essentially unable to halt it.

The survey of 1,200 Registered Voters was conducted by Rasmussen using a mixed mode approach from February 25-27, 2021.