Fewer than one-fifth are supportive of tech's speech controls. 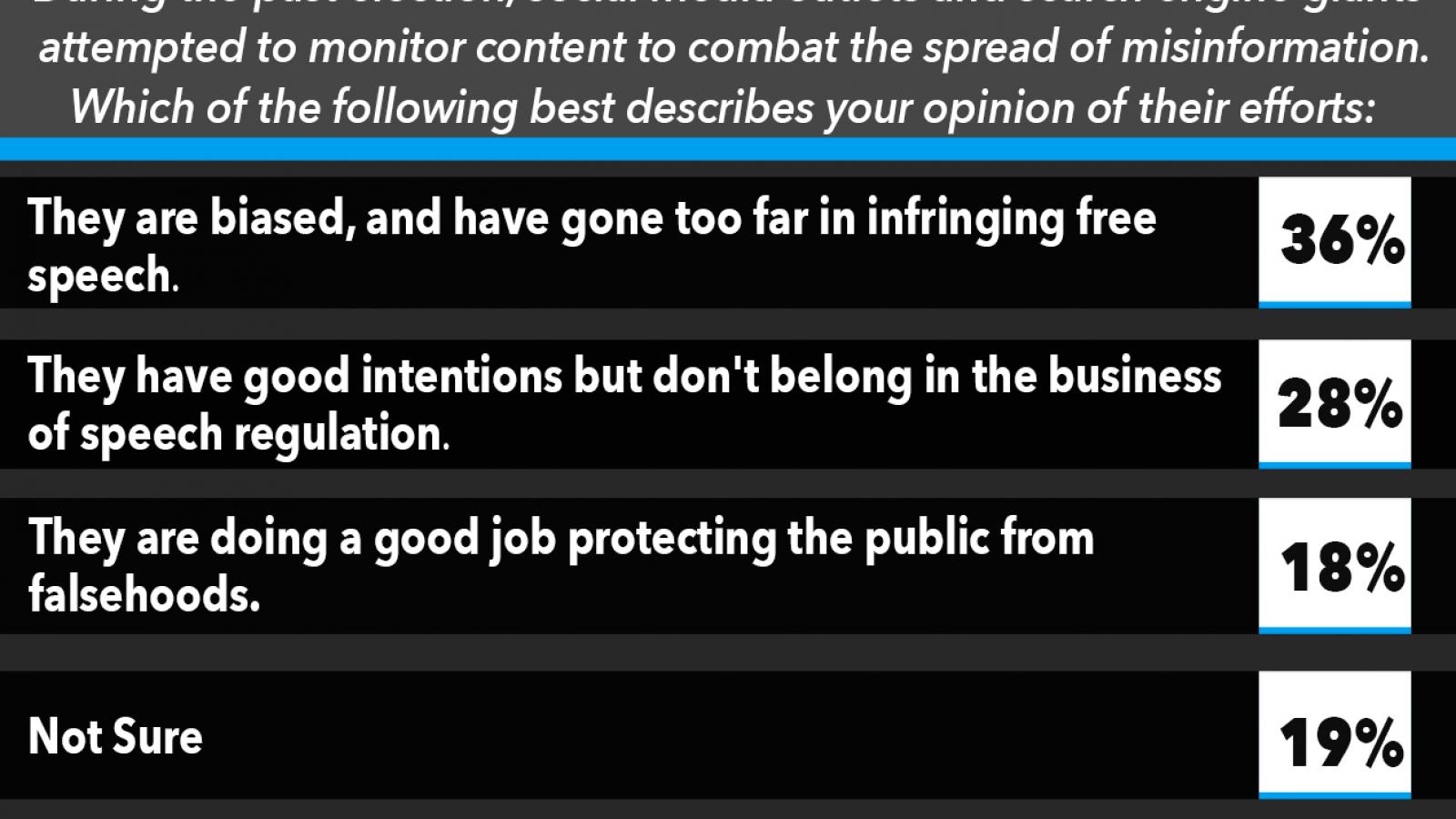 A solid majority of U.S. voters take a negative or oppositional view of Big Tech's speech-control regulations on its multiple social media platforms, according to a new Just the News Daily Poll with Scott Rasmussen.

Over a third of the surveyed voters, 36%, said the major tech companies — which would include the owners of social media giants like Facebook and Twitter — are "biased, and have gone too far in infringing free speech."

Twenty-eight percent said that such companies "have good intentions but don't belong in the business of speech regulation."

Just 18% said the companies are doing "a good job protecting the public from falsehoods."

Tech companies have been the focus of much scrutiny and criticism during the 2020 presidential election cycle, with critics arguing they selectively policed or censored information in ways designed to downplay and silence conservative voices.