Nearly a third of Democrats feel the same way. 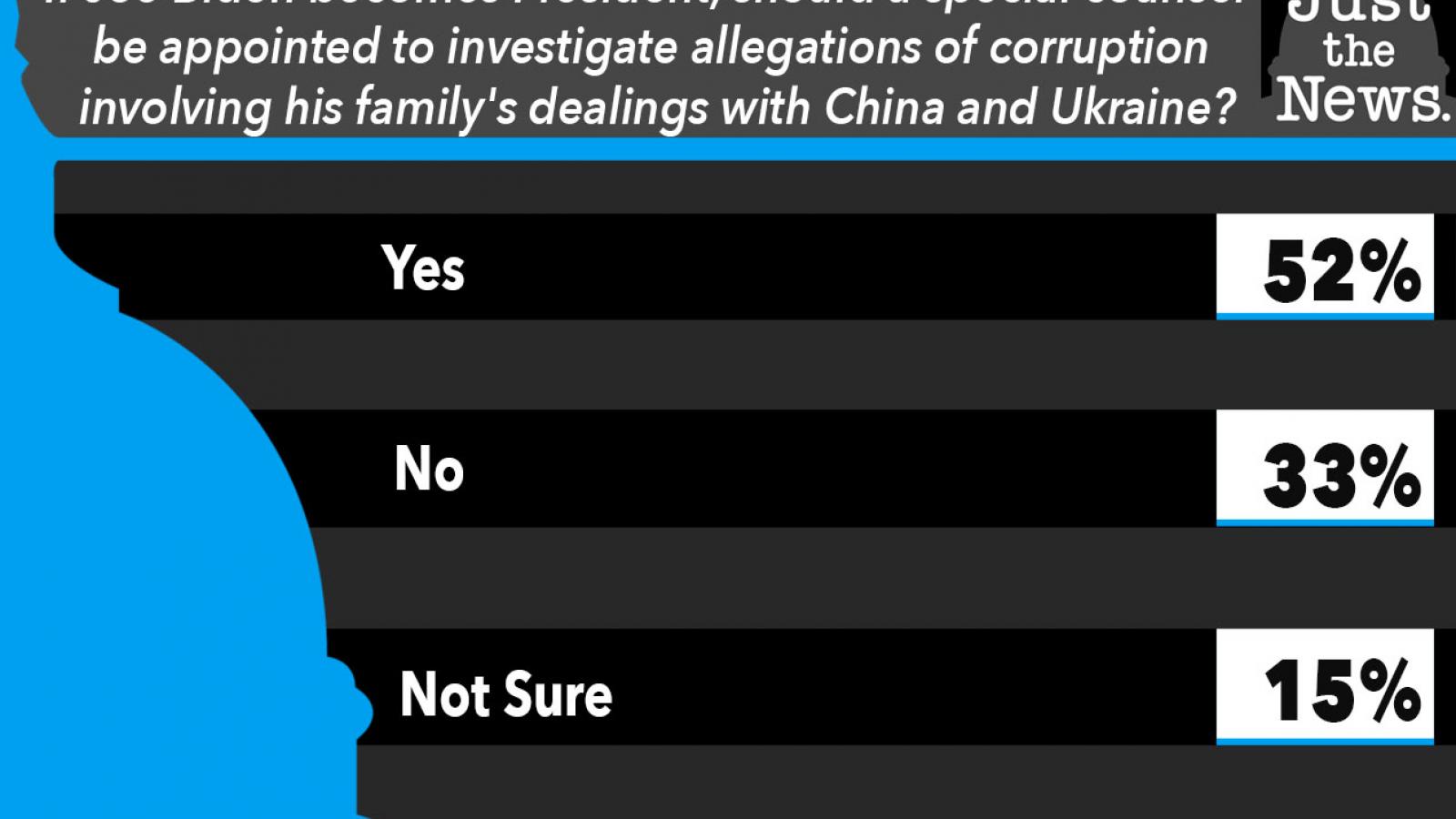 A majority of voters – including over 30% of Democratic voters – say that if Democrat Joe Biden becomes president, then a special counsel should be established to investigate allegations of corruption in his family's dealings in China and Ukraine, according to a new Just the News Daily Poll with Scott Rasmussen.

Fifty-two percent of respondents said a special counsel should be convened if Biden is sworn in on Jan. 20. That number includes 81% of Republicans and 32% of Democrats.

"It's not at all surprising that Republicans overwhelmingly believe a special counsel should be appointed," Rasmussen said. "It's also not surprising that nearly half of Independents agree. What is stunning is that 32% of Democrats support the idea."

"That may be a reflection of the deep divide within the Democratic party," he continued. "Among Very Liberal voters, 42% say a special counsel is warranted (only 47% disagree). These voters lacked enthusiasm for Biden throughout the campaign, but considered him the lesser of two evils compared to Trump."

The survey was comprised of 1,200 registered voters and conducted by Scott Rasmussen from November 12-14, 2020.