Fewer than two out of every five voters use masks very consistently. 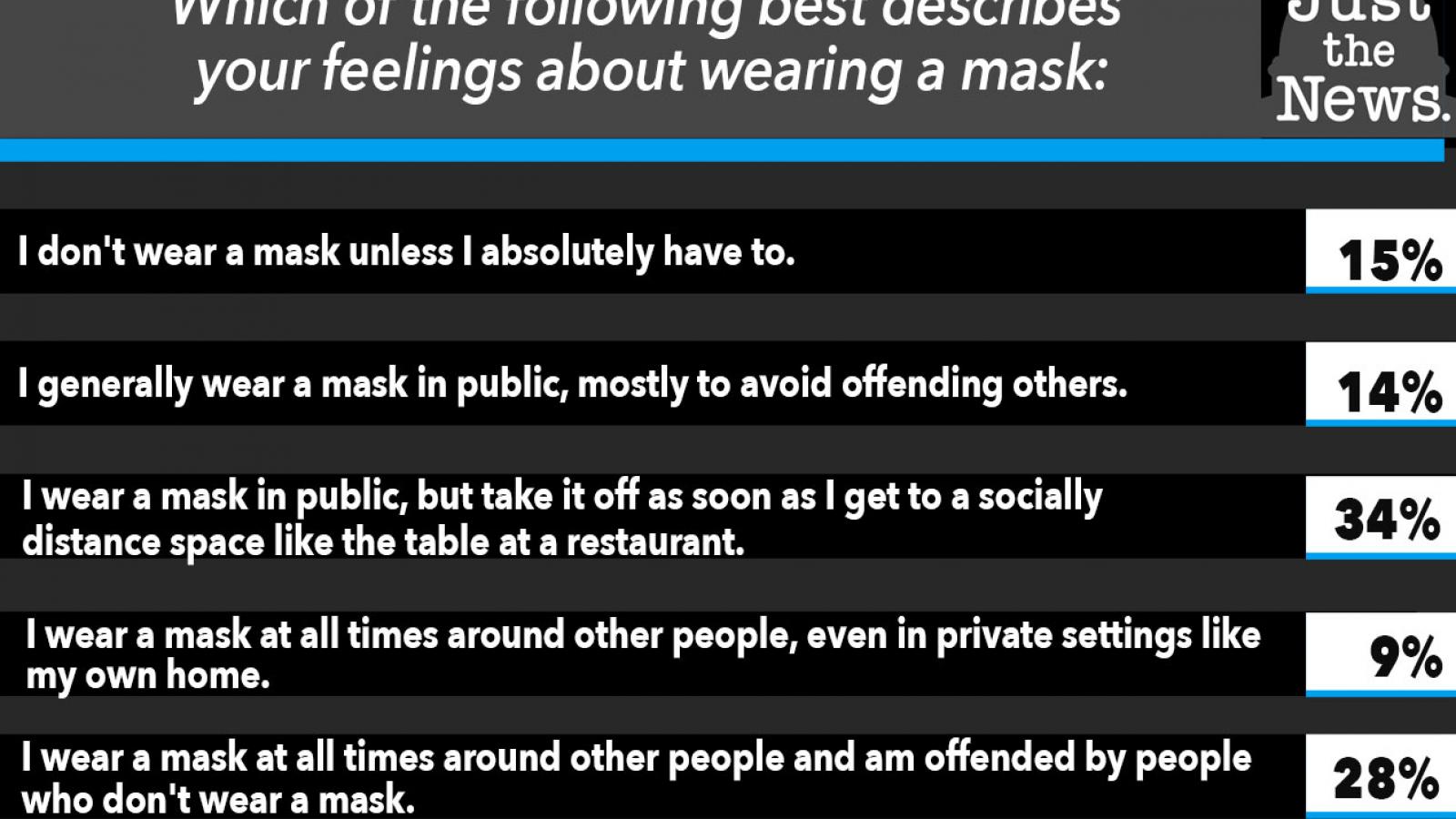 A majority of registered voters are relatively relaxed about wearing masks in public amid the COVID-19 pandemic, a new Just the News Daily Poll with Scott Rasmussen shows.

Among the 63% of respondents who indicated at least moderate mask usage, 34% said they wear face coverings while out but remove them upon reaching a "socially distant" space such as a restaurant table. Fifteen percent said they never wear a mask unless they "absolutely have to," while 14% said they "generally" cover their faces to avoid offending others.

Among the 37% of respondents who wear a mask "at all times" while around others, 28% said they were "offended" by those who do not.

"It shows that the question is not just between wearing a mask or not," he said. "Eighty-five percent typically wear a mask. But a much smaller number – 37% – are hyper-vigilant about it in daily life."

The survey of 1,200 Registered Voters was conducted by Rasmussen from September 17-19.