Pollster Scott Rasmussen: 'Voters want restrictions eased, but with attention to local circumstances. The rules that make sense in New York City are not likely to be appropriate in rural Georgia.'

A majority say it's time to re-open the economy for all who are not sick or vulnerable, according to the new Just the News Daily Poll with Scott Rasmussen.

Fifty-one percent (51%) of American voters favor a proposal that would allow all who are not sick or vulnerable in their area to return to work. Thirty-eight percent (38%) are opposed, and 10% are not sure. 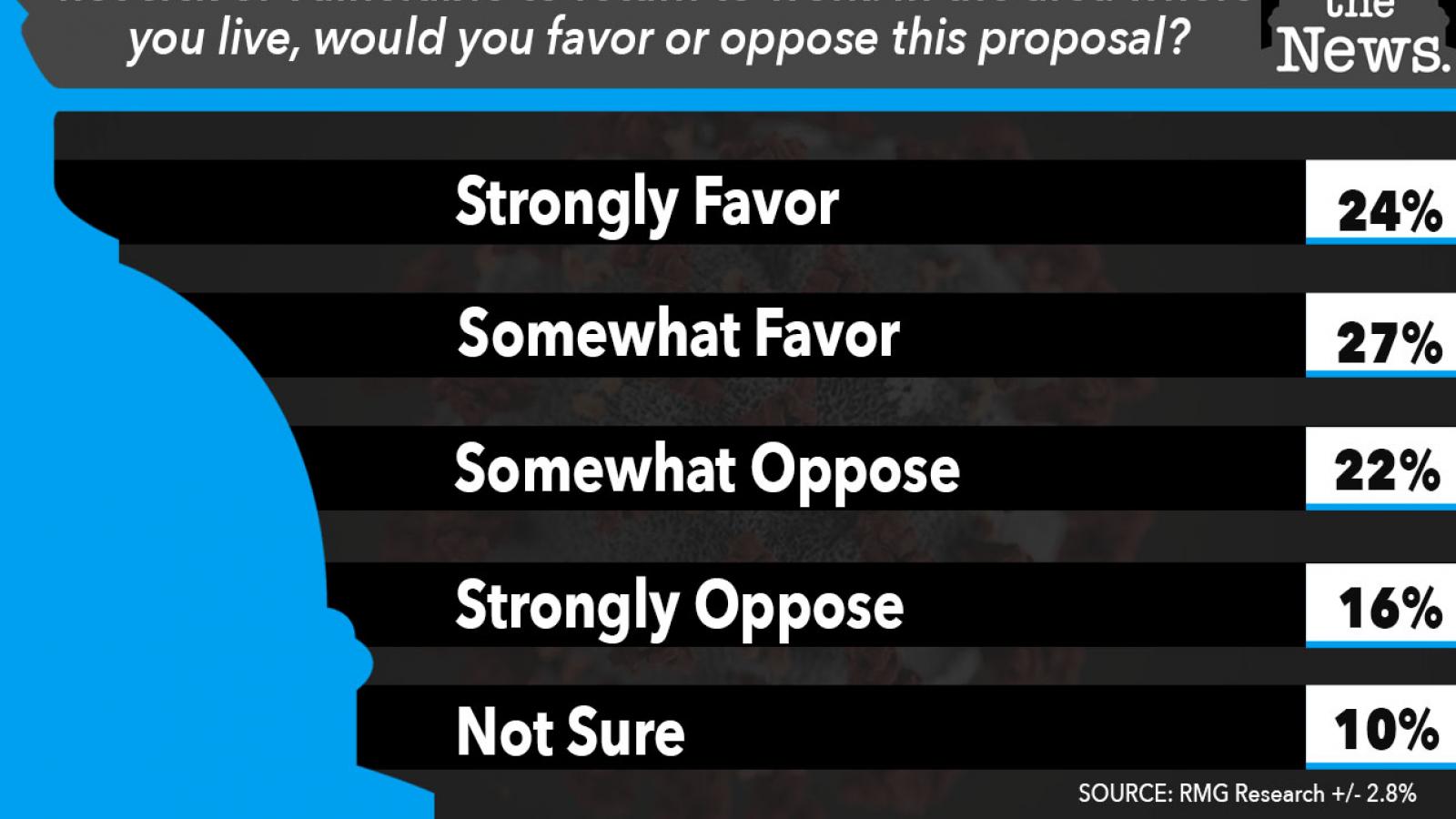 "It’s important to note that we specifically asked about the question in the context of the area that the respondents lived in," Rasmussen said. "This is not a call for a national rule, but a recognition that different dynamics exist in different communities. Remember, last week we found that people had a strong preference for decision making by state and local officials. Therefore, it’s not surprising that we found a significant geographic divide."

"This suggests a broader theme that voters want more restrictions eased, but with attention paid to local circumstances," Rasmussen said. "The rules that make sense in New York City are not likely to be appropriate in rural Georgia. There is also a dramatic partisan difference on this question, tied to the fact that Democrats are more likely to be found in urban areas and Republicans in rural areas. Seventy-six percent (76%) of Republicans favor letting those who are not sick and vulnerable return to work. Fifty-four percent (54%) of Democrats are opposed."

Respondents were asked, “A proposal has been made that would allow all who are not sick or vulnerable to return to work. In the area where you live, would you favor or oppose this proposal?" They replied as below:

Half of all Americans live in states that have now taken steps to open their economies, President Trump said Friday during a White House Coronavirus Task Force press briefing.