The poll found 35% of voters favor eliminating Columbus Day as a national holiday while 52% are opposed.

Most U.S. voters want to keep Columbus Day as a national holiday, according to a new Just the News Daily Poll with Scott Rasmussen.

Columbus' legacy remains a topic of debate during racial unrest in the wake of the death of African-American George Floyd. Columbus, a Spanish explorer, is seen by some protesters as a symbol of white colonialism.

The poll found 35% of voters favor eliminating Columbus Day as a national holiday while 52% are opposed.

Voters with a college degree are evenly divided on the question. Those without a degree oppose ending the holiday, by a 2-to-1 margin. 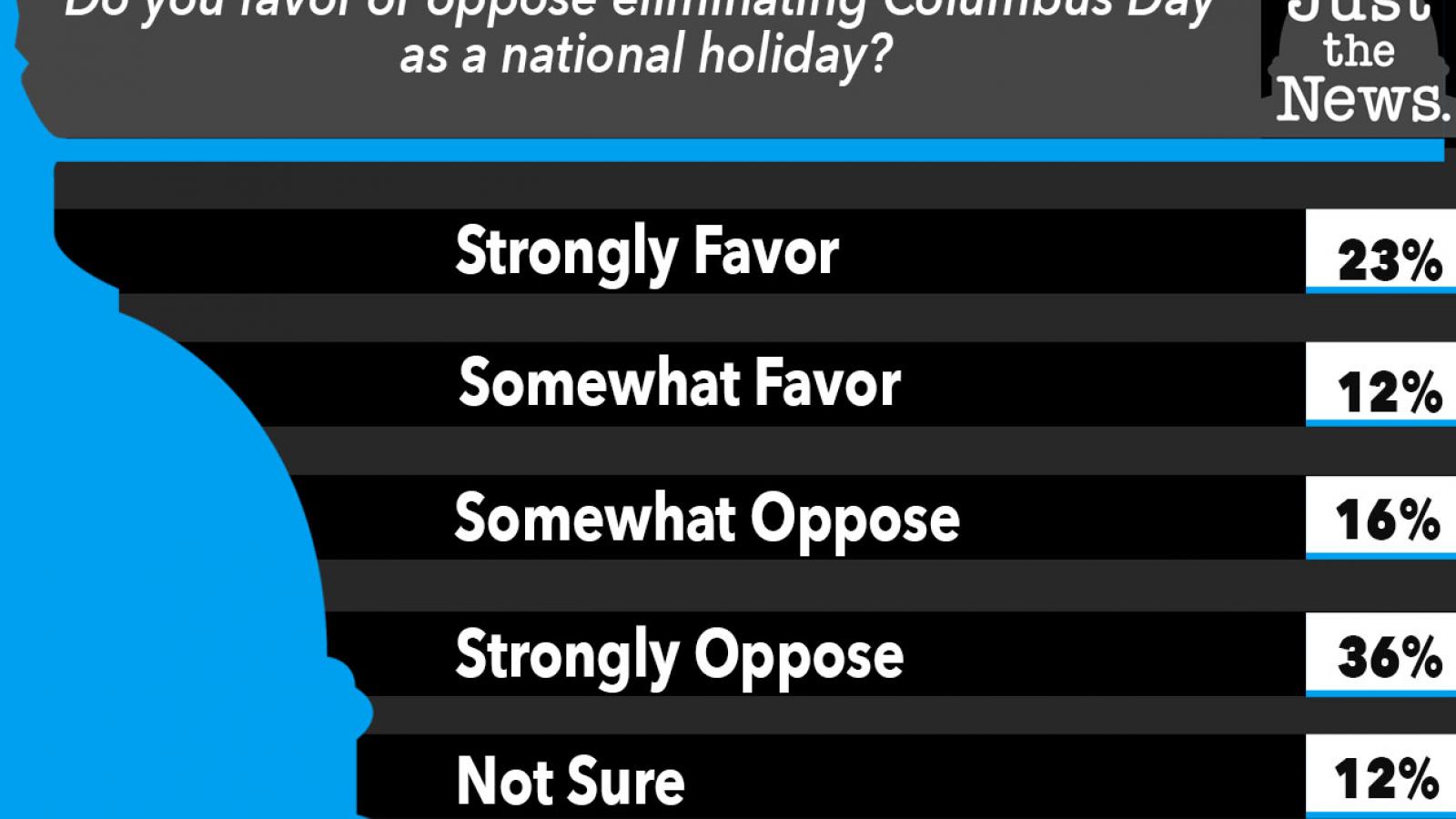 Seventy-four percent (74%) of Republicans oppose ending the holiday along with 50% of Independents. Democrats, however, by a 48-37% margin, favor its elimination.

Voters under 45 are evenly divided on the question while older voters prefer to keep the holiday.

In Richmond, Va., protestors tore down a local statue of Christopher Columbus and proceeded to set it on fire and throw it into a lake earlier this month.

New York Democratic Gov. Andrew Cuomo said he will not call for removal of Christopher Columbus statue that stands at the entrance to New York City's Central Park.

Asked at a daily press briefing earlier this month if it was “time for” the statue, which stands on a 27-foot column in Columbus Circle, “to go,” Cuomo responded that the statue signifies "an appreciation for the Italian-American contribution to New York.”

A statue of Columbus had earlier been removed from San Francisco's Pioneer Park by municipal authorities out of concerns that it, too, would be torn down in the eventual demonstrations. Rioters and activists in San Francisco went on a multi-statue rampage this month, defacing and ripping down numerous monuments around the city as part of an anti-statue fever currently sweeping the country.

Just the News Daily Poll respondents were asked “Do you favor or oppose eliminating Columbus Day as a national holiday?" They responded as below: