'Poll numbers show that the latest information on the investigations has not penetrated the public discussion,' says pollster Rasmussen. 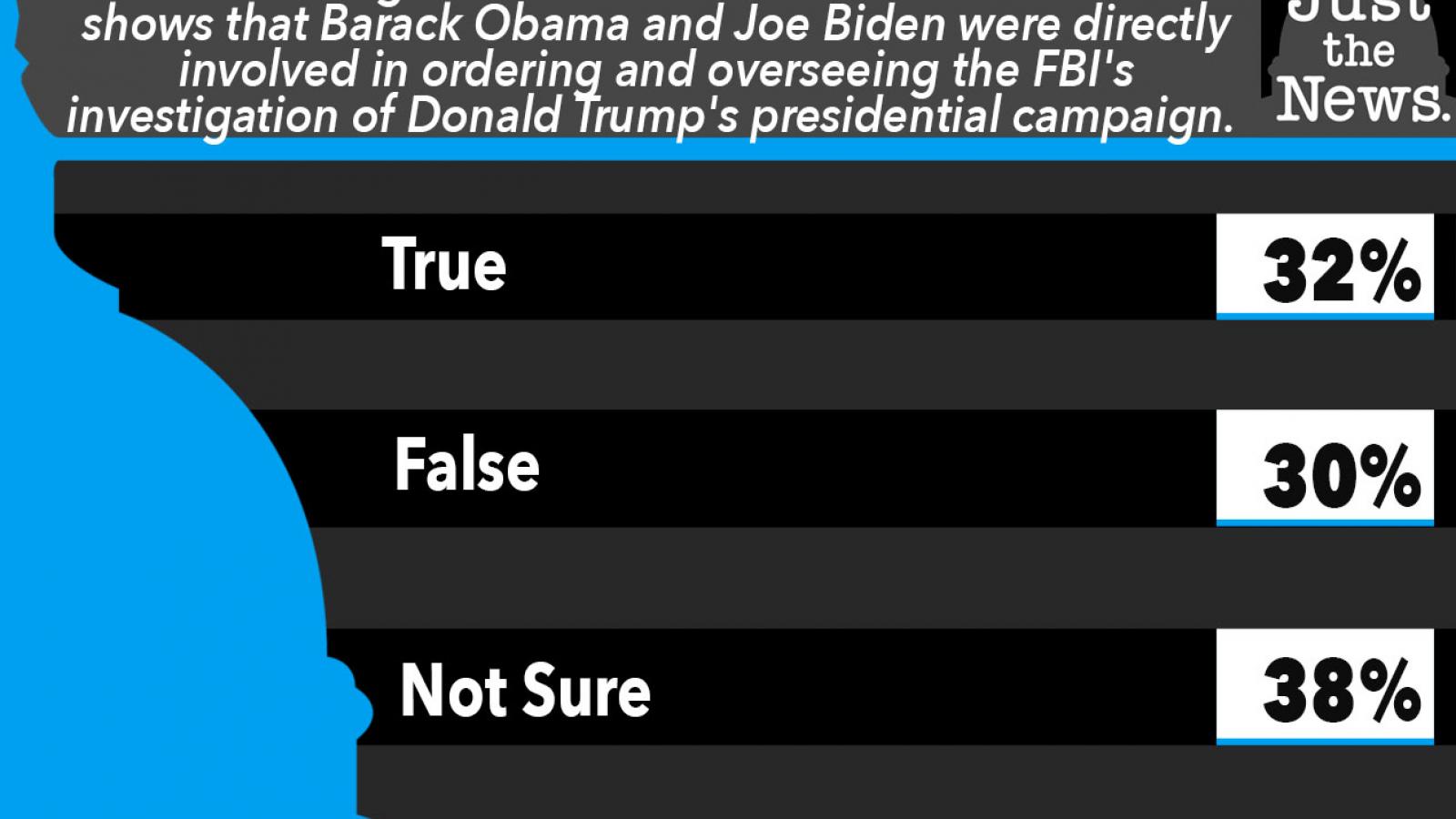 Most voters don't know evidence shows that Barack Obama and Joe Biden when in the White House were involved in managing the FBI investigation of the Trump 2016 campaign, according to a new Just the News Daily Poll with Scott Rasmussen.

Flynn, a retired Army lieutenant general, was a campaign surrogate, then became President Trump's national security adviser. Flynn agreed to plead guilty in the FBI's probe into whether the campaign colluded with Russia. But evidence showing the mishandling of the probe recently led the Justice Department to move to drop the case.

Biden once claimed he had no knowledge of the Flynn probe.

And Strzok appears to quote Obama as suggesting the FBI assign “the right people” to pursue the case, according to recently released Strzok notes.

The new Rasmussen poll shows a plurality of U.S. voters (38%) don’t know whether the statement is true or false and the rest are evenly divided.

"Poll numbers show that the latest information on the investigations has not penetrated the public discussion," said Rasmussen, a veteran pollster. "Naturally, there is a partisan tone to the results. Sixty-three percent (63%) of Republicans believe it’s true while 56% of Democrats don’t."

Just the News Daily Poll respondents were asked “Is the following statement true or false: New evidence shows that Barack Obama and Joe Biden were directly involved in ordering and overseeing the FBI's investigation of Donald Trump's presidential campaign." They responded as below: