Nearly half in poll want illegal immigrants held in federal custody instead of released into U.S.

Just over a third prefer the release approach. 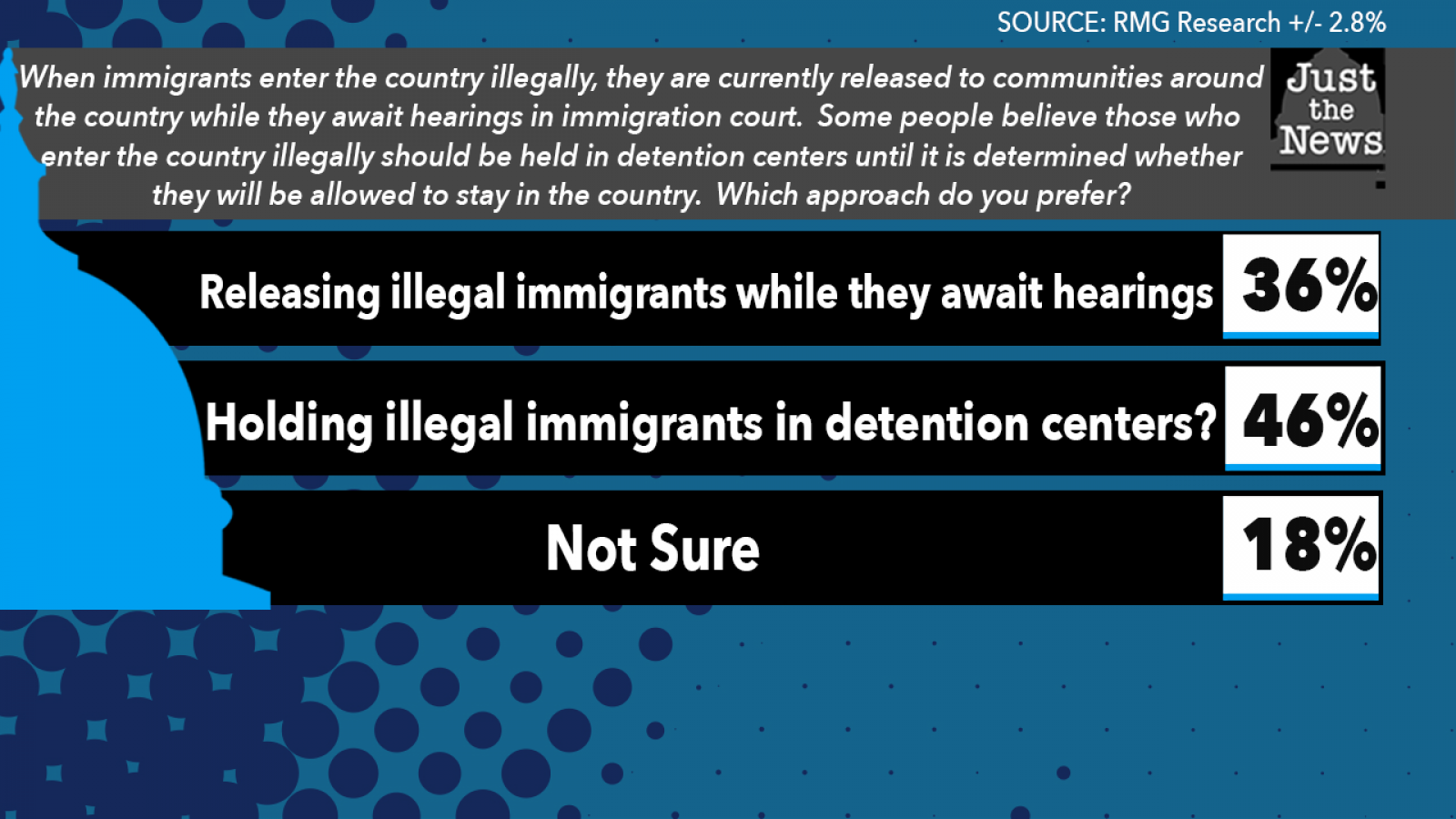 Nearly half of voters prefer to keep illegal immigrants in federal custody while they await hearings rather than release them into the U.S., according to a new Just the News Daily Poll with Scott Rasmussen.

The survey of 1,200 registered voters was conducted by Rasmussen using a mixed-mode approach from March 18-20, 2021, and had a margin of sampling error: +/- 2.8 percentage points.