Less than 24 hours before the polls open for the 2020 election, Democratic presidential nominee Joe Biden continues to hold a steady lead over President Trump among voters nationwide, according to a new Just the News Daily Poll with Scott Rasmussen.

Biden still commands 51% of the national vote compared to Trump's 44%. The remaining percentage of voters opt for a third-party challenger or "some other candidate," with 1% of voters "not sure" for whom they will cast their ballot. 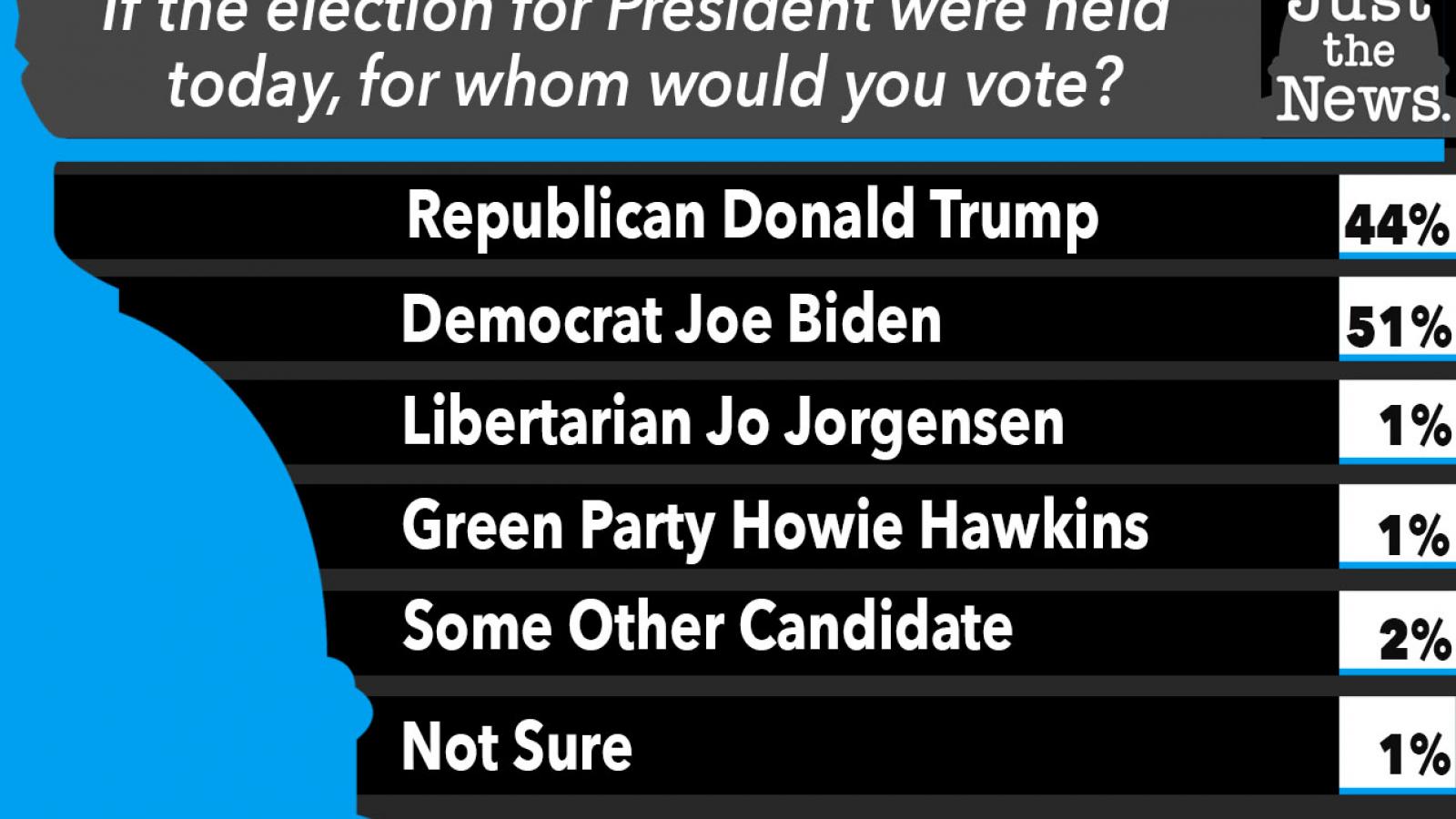 Rasmussen said the numbers indicate an unlikely path to reelection for Trump.

"The numbers have been remarkably steady," he said. "This is the fifth straight week where Biden's support has been at 51% and Trump is a 43% or 44%. This result, along with my state polling for PoliticalIQ.com makes it clear that the former vice president is the clear favorite to win when all the votes are counted."

"Even with the Strong Republican Turnout Model, the president trails by 5," Rasmussen also said. "That's too big of a popular vote loss to envision an Electoral College win."

"As has been the case all year," he continued, "Biden attracts more Republican crossover votes  than Trump does from Democrats. And Biden leads among independent voters."

The survey of 1,200 Likely Voters was conducted by Scott Rasmussen using a mixed mode approach from October 29-31, 2020.