A party divided: just 55% of Democrats say Biden is strongest candidate to run against Trump

Just 55% of Democrats think Joe Biden is their strongest 2020 White House candidate to run against President Trump, according to a new Just the News Daily Poll with Scott Rasmussen.

"The numbers suggest the Democratic candidate has some serious work to do shoring up his base in advance of the general election," Rasmussen said. "That’s a decent place to be, but not great. It’s possible the pandemic has slowed the process of uniting Democrats behind their presumptive nominee. It also helps explain the lack of enthusiasm for Biden found in many general election polls."

"Not surprisingly, Sanders is in second among Democrats at 20%," Rasmussen also said about the new poll findings.

Among Democrats, Gov. Andrew Cuomo (D-N.Y.) came in third place, with 14%. Just 4% of respondents picked "Some Other Candidate," and 7% said they were Not Sure. 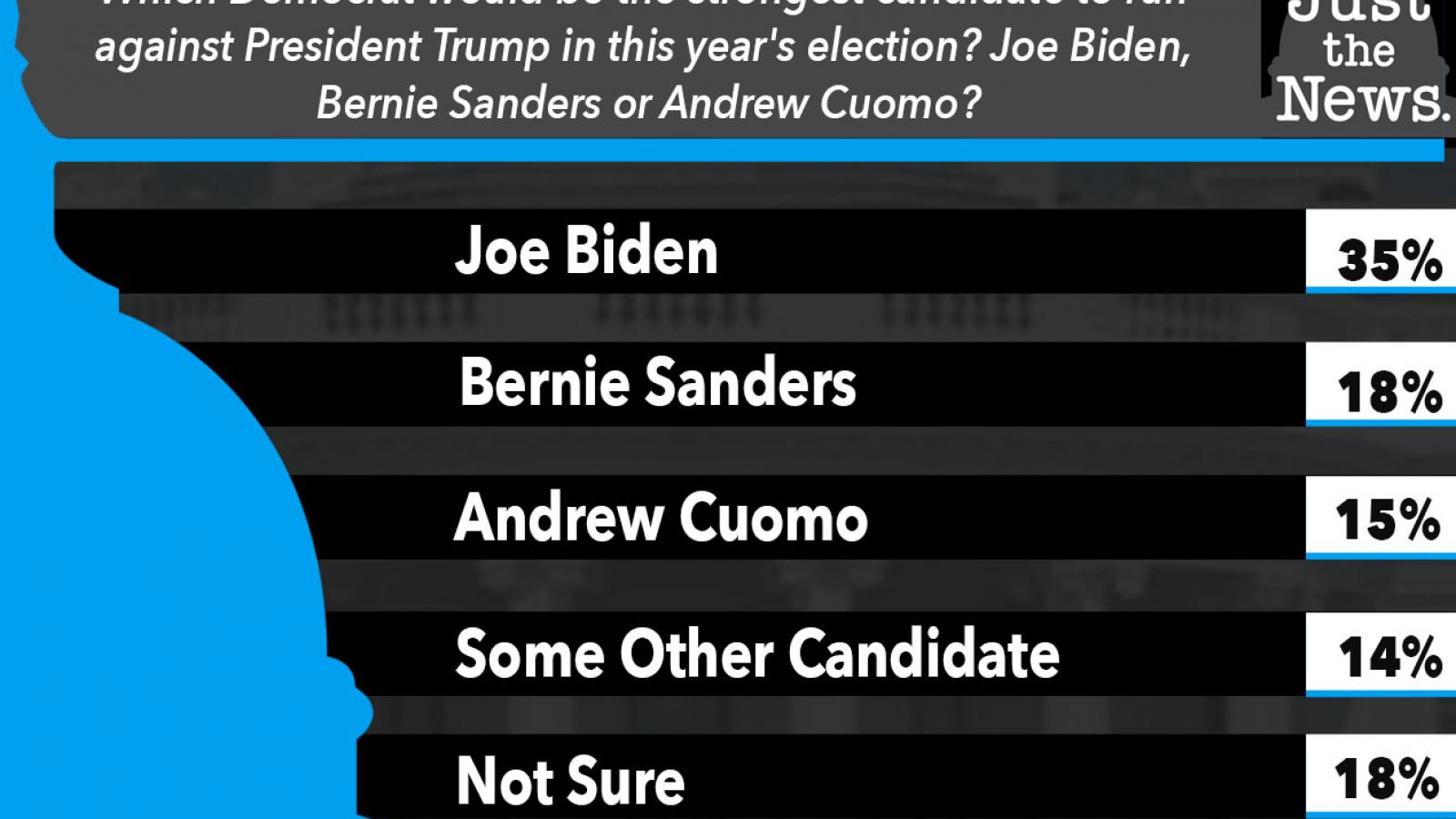 Just the News Daily Poll respondents, which included registered voters who are Independents, as well as Democrats and Republicans, were asked “Which Democrat would be the strongest candidate to run against President Trump in this year's election? Joe Biden, Bernie Sanders, or Andrew Cuomo?" They replied as below:

Rasmussen also noted that by including all Democrats who think Biden is not the strongest candidate, 12% said they would vote for Trump, 7% for Some Other Candidate," and 13% are undecided.

"In reality, most who are not committed to Biden at this time will come home and vote for their party’s nominee," Rasmussen said. "That happens in every election cycle. Some, though, will not. Others may simply stay home. And, it's important to recognize that every nomination contest has unique circumstances." 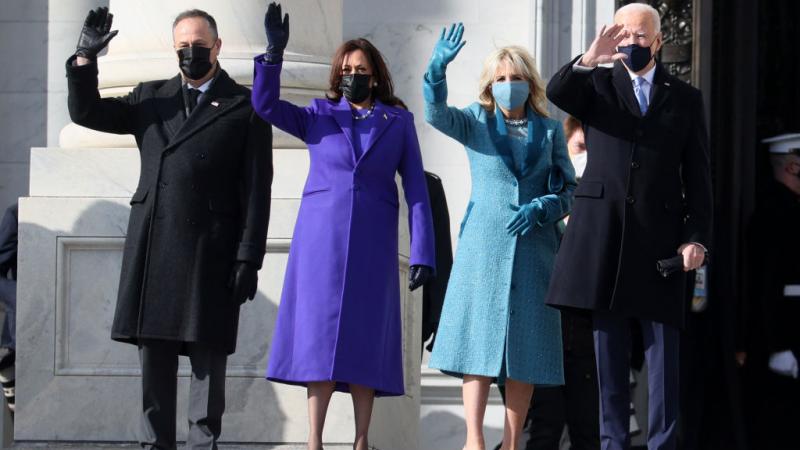 President Biden thanks many for COVID-19 vaccine success, omits Trump