The Democrat-led House of Representatives quickly rushed through impeachment charges during Trump's final days in office. 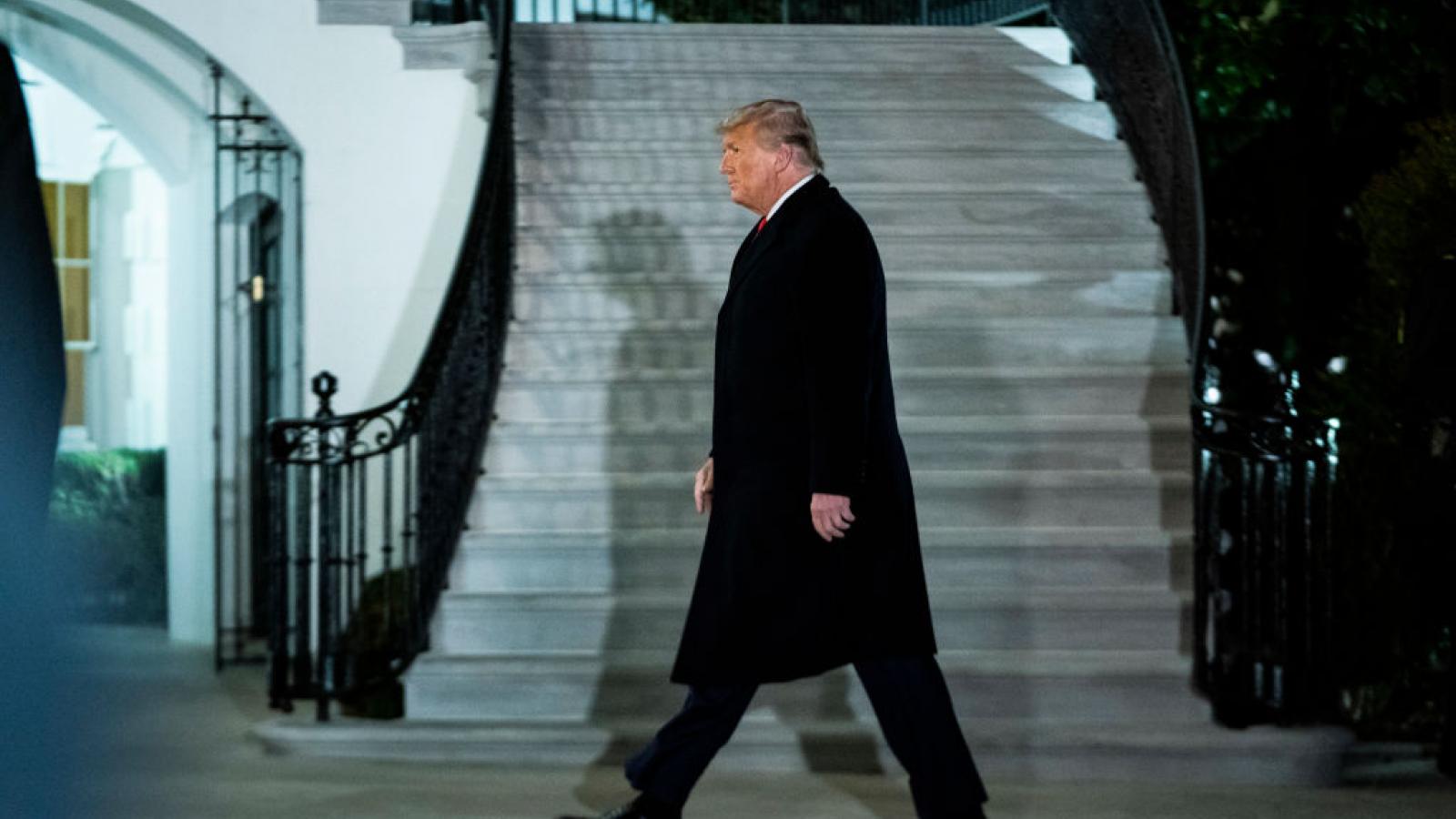 Less than half of voters — 46% — believe that President Donald Trump has had a fair chance to defend himself against charges from the House of Representatives that he incited an "insurrection" in the U.S. Capitol earlier this month, according to a new Just the News Daily Poll with Scott Rasmussen. 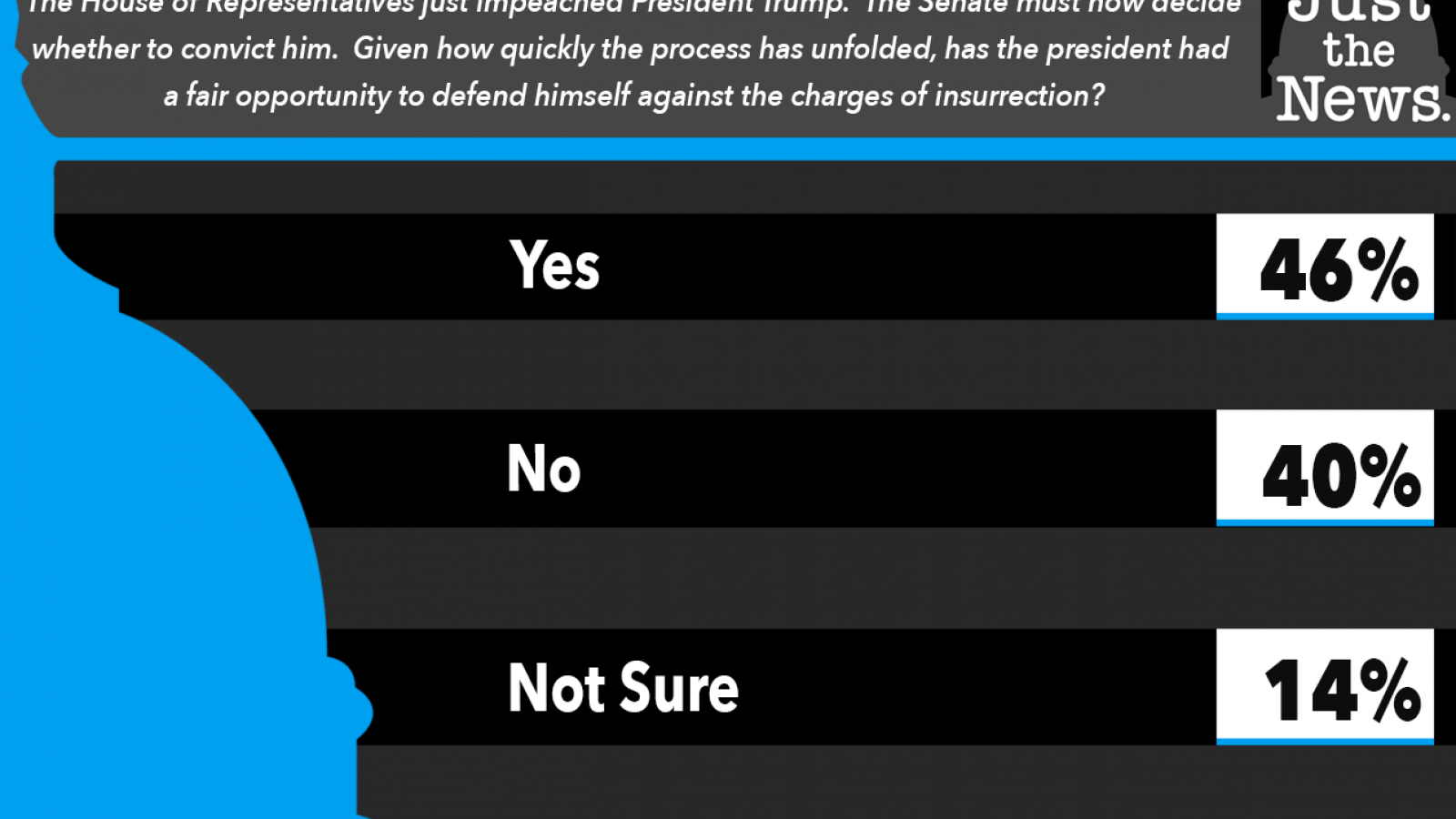 Trump was impeached by the House on Jan. 13 in a largely partisan vote, becoming the first American president to be successfully impeached twice.

Forty percent of voters believe the president has not "had a fair opportunity to defend himself against the charges of insurrection" leveled by House Democrats last week.

The impeachment charge claims that Trump's fiery speech at the Jan. 6 "Stop the Steal" rally in Washington was partly responsible for the riot at the U.S. Capitol that followed.

The survey of 1,200 registered voters was conducted by Scott Rasmussen using a mixed mode approach from Jan. 14-16, 2021.