'Other data shows that it’s quite possible to have a positive view of both the police and the protesters—most voters do,' Rasmussen said.

Even in the midst of heightened racial tensions after the death of African-American George Floyd at the hands of Minneapolis police, 72% of American voters, including 51% of black voters, have a favorable view of their local police department, according to a new Just the News Daily Poll with Scott Rasmussen.

"It’s important to note that a majority of voters in every demographic group have a favorable opinion of their local police department," Rasmussen said. "There are differences, of course. Rural voters are more positive in their assessment than urban voters, whites more positive than blacks. But it would be a mistake to focus on the differences of degree while ignoring the common ground." 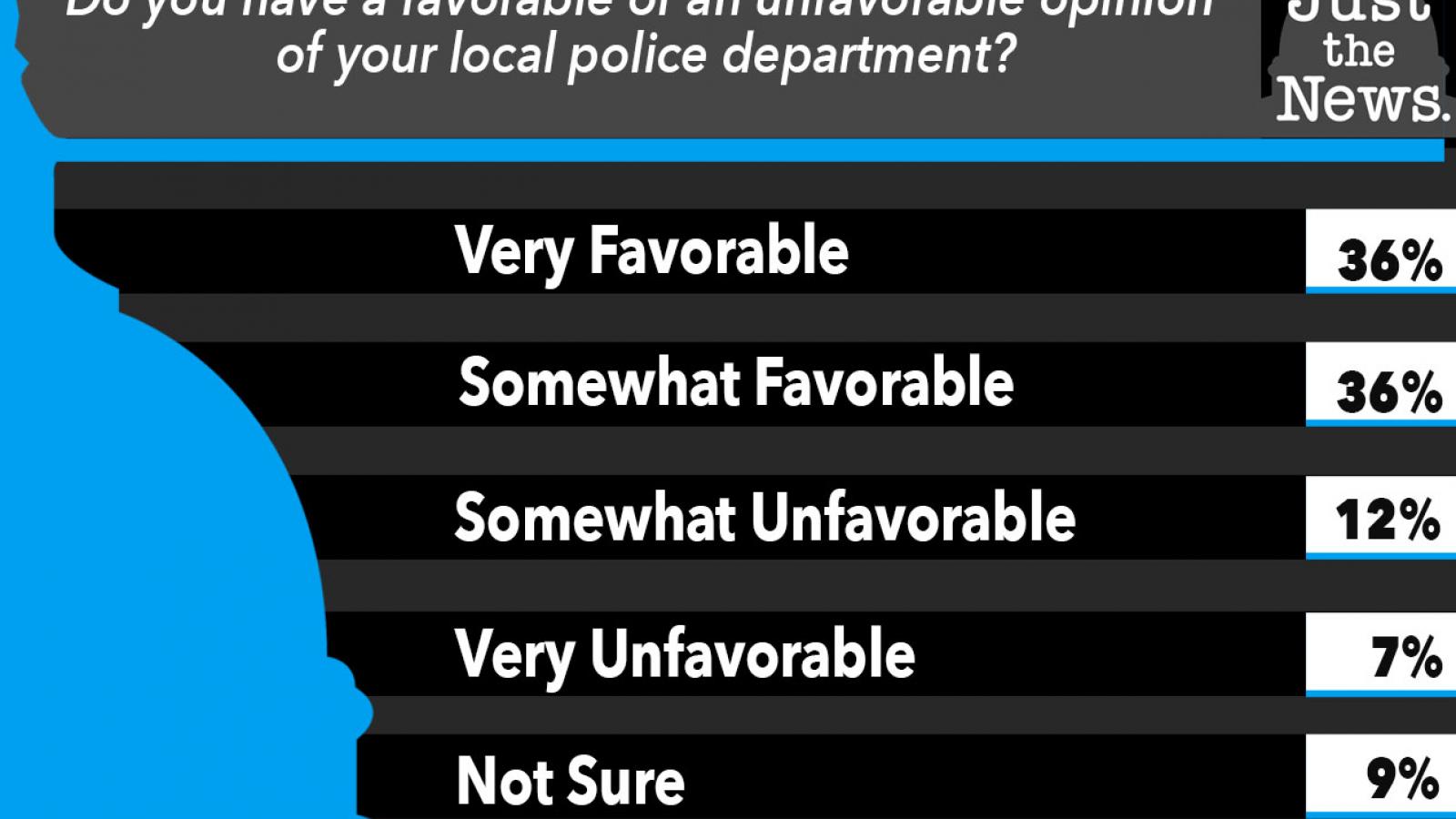 Bob Woodson – a prominent, African-American activist for black empowerment – told Just the News that he was troubled by the disproportionately negative media coverage of police and noted that even though Floyd's death was prominently covered by the media, there was comparatively little media coverage of the death of David Dorn, a retired St. Louis Metropolitan Police Department captain who was killed while reportedly defending a friend's pawn shop from looters.

"The media really hypes what a minority of black elites advocate," Woodson said. "But, again, I never believed that upper-income blacks who live in gated communities and send their kids to private schools presume to be speaking for low-income blacks in public housing, who rely on the police."

Rasmussen noted that having a favorable view of local police does not mean that "people are taking the side of police over protesters."

"Other data shows that it’s quite possible to have a positive view of both the police and the protesters – most voters do," Rasmussen said. "At the same time, most voters also recognize that there are some bad cops who abuse their authority and some violent protesters who are taking advantage of a troubling time."

Just the News Daily Poll respondents were asked “Do you have a favorable or an unfavorable opinion of your local police department?" They replied as below: