Americans would rather see any future coronavirus bailout focus on needed health supplies rather than a massive, new infrastructure push, according to the Just the News Daily Poll with Scott Rasmussen

Just 13% of registered voters surveyed said infrastructure was their top spending priority for a new coronavirus package. Voters in the Just the News poll placed "medical research and prevention" (36%) and putting "as much money as possible into the pockets of Americans hurt by the downturn" (28%) as their top priorities for new relief spending.

“American voters have clearly recognized that we are in an emergency situation,” Rasmussen said. “Only 13% object to the idea of the federal government spending big on something to address the crisis. However, the data suggests people are looking for a response focused on the immediate problems. The top response — 36% — shows a desire to attack the problem directly with medical research. The second most popular response —with 28% support — is to put money into the pockets of people hurt by the pandemic. That reflects the reality that the various lockdowns have put millions out of work and shuttered countless businesses. People are very supportive of the many aggressive actions taken by governments and private organizations to fight the pandemic. But they realize some people are paying the price for it — bartenders, waitresses, retail clerks, and small businesses. It makes sense to voters that those hurt by the government orders should receive help.”

President Trump, along with some members of Congress, have said they’re interested in possibly including infrastructure in any new stimulus package.

“The lack of enthusiasm for the infrastructure projects probably comes from a number of factors,” Rasmussen said. “First, it's not as high a priority as medical research or helping people thrown out of work. Second, though, most voters still see the pandemic as a relatively short-term phenomenon. They expect it to last another month or two, but not years. And infrastructure projects take years. Voters also know better than to believe 'shovel-ready' projects exist that can meet immediate needs. So the infrastructure push doesn't really fit the national moment.”

Respondents were asked: “Congress is considering another major spending package to stimulate the economy. Which of the following actions would you prefer?” Responses ranked below:

The national survey of 1,200 registered voters was conducted April 2-5, 2020 by Rasmussen, a polling veteran. Margin of sampling error: +/- 2.8% for full sample. To see the full demographic cross-tabulations for this polling question, click below:

FDA attorney argues guidance against ivermectin for COVID was recommendation, 'not mandatory' 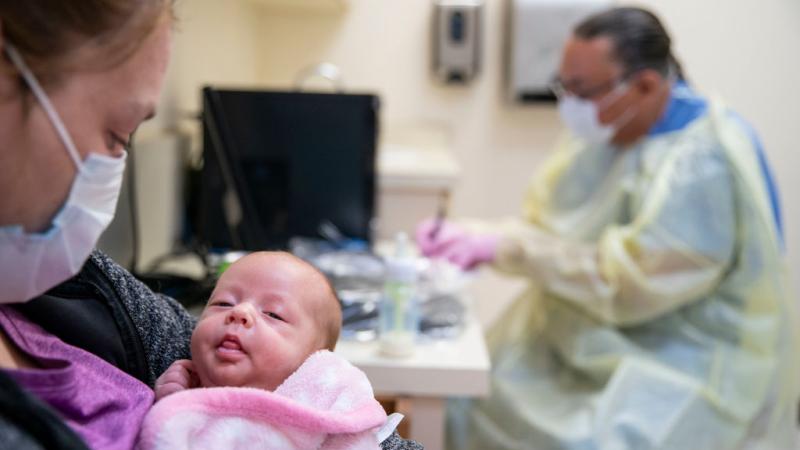