Poll: Less than half of voters think Biden is fit to hold the office of the presidency

Four out of 10 voters in the poll thought the president is suffering from a condition of some kind. 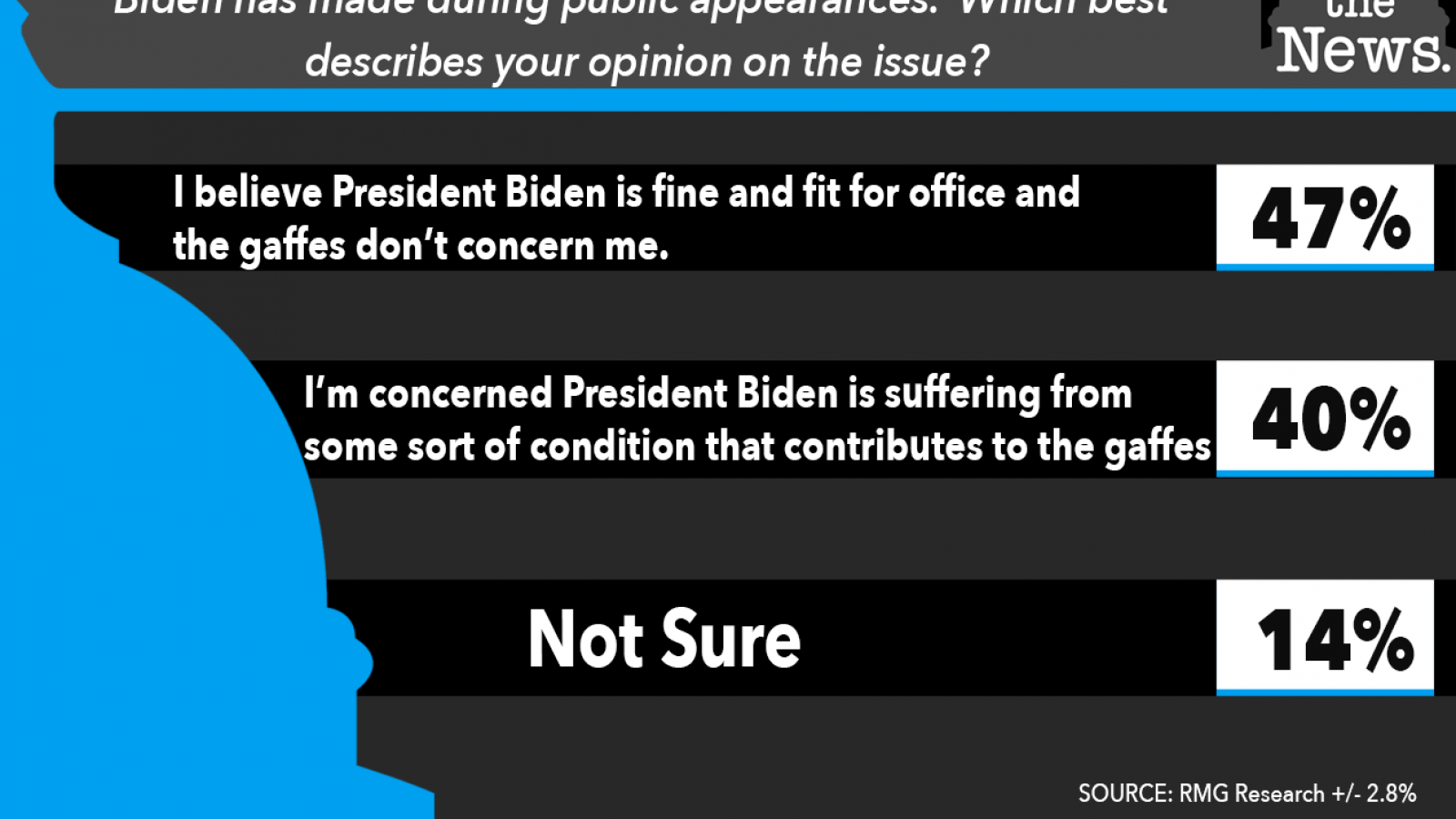 Less than half of all U.S. voters think President Biden is fit to hold the office of the presidency, according to a new Just the News Daily Poll with Scott Rasmussen.

Asked about a series of recent gaffes Biden has undergone during the course of his duties, those survey were invited to offer their opinion as to Biden's fitness for the office of the presidency.

Forty-seven percent said the president is "fine and fit for office and the gaffes don't concern me," while 40% said they were "concerned President Biden is suffering from some sort of condition that contributes to the gaffes."

Just recently Biden could not remember the name of his Defense secretary or the name of the Defense Department.

Rasmussen argued the numbers are "more a reflection of the great partisan divide than anything else."

"One side views the early days of the new administration as largely gaffe-free," he said, "while the other side sees a president who cannot go out in public."

Biden also has been criticized for have not having held a recent, full-on press conference in which he would face rapid-fire questions from reporters.

Among the other public gaffes Biden has been seen to commit was one during a recent trip to Texas when he mispronounced the names of two representatives one right after the other. The president also recently claimed that the U.S. did not have a vaccine when he entered office, despite him having received one about a month prior to taking office.