Poll: Majority of voters fear worst of the pandemic yet to come 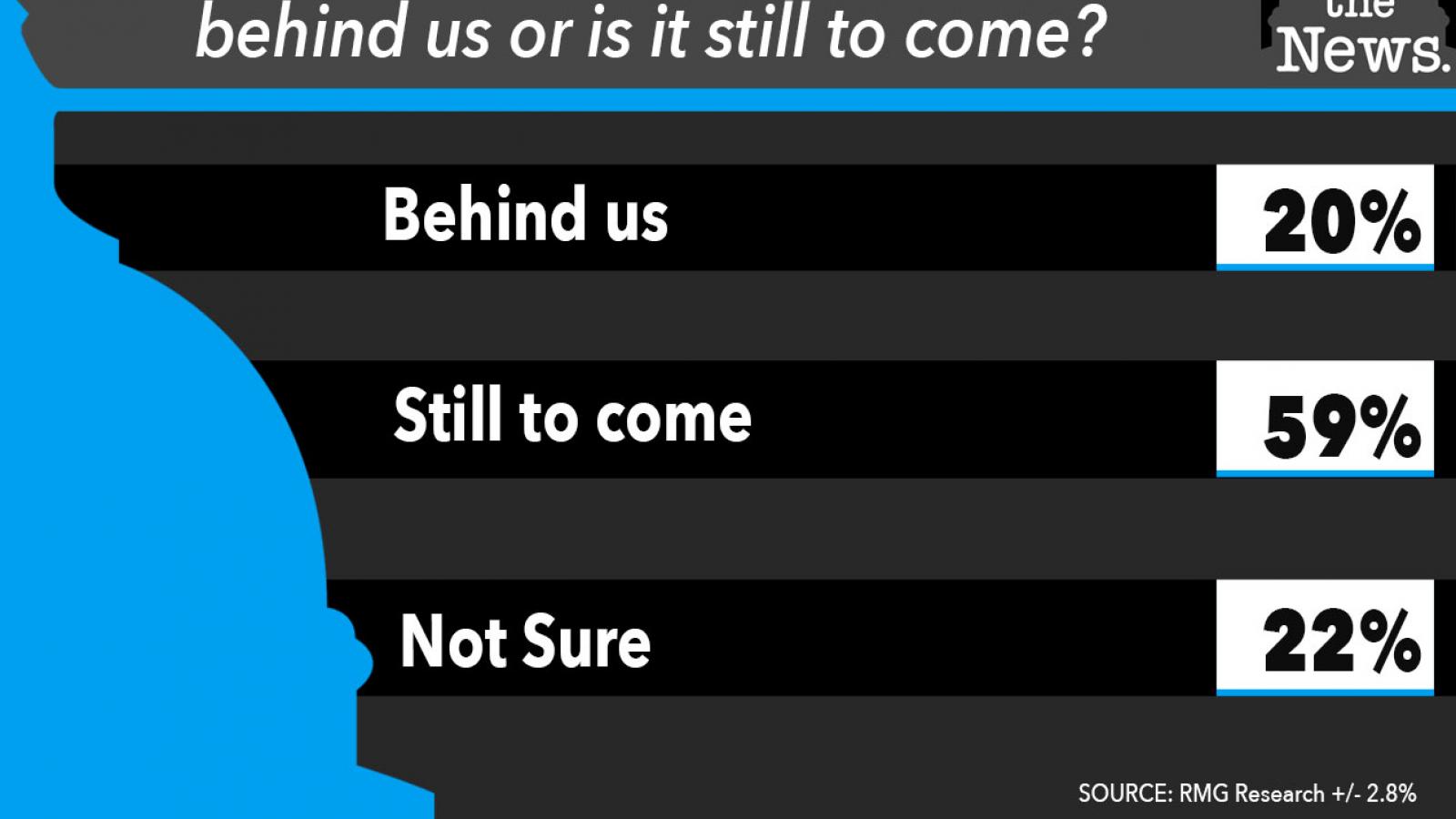 Six out of every 10 registered U.S. voters believe the worst of the COVID-19 pandemic is yet to come in the United States, according to a new Just the News Daily Poll with Scott Rasmussen.

A strong majority of 59% of voters believe that the country has yet to see the worst of the virus, while just 20% believe the worst effects of it are behind us. A further 22% expressed uncertainty.

The poll results come after nearly a month of steadily declining daily new cases in the country after a peak in late July. Daily COVID deaths in the country also appear to have plateaued at the beginning of the month and have started to show early signs of a possible decline.

Daily deaths for the summer peak of the virus, meanwhile, have been almost exactly half of the peak deaths during the initial outbreak of the virus in March and April. Experts have pointed out that the latest round of infections were more heavily concentrated in younger and healthier individuals, leading to much lower death rates overall.

"A review of the timeline shows just how of an emotional roller-coaster the pandemic has been for our nation," Rasmussen said. "In early April, just 16% thought the worst was behind us, but confidence was growing rapidly. By the end of that month, 23% thought we had gotten through the toughest moments. In May, confidence slipped back to 17% before soaring to 29% in June and falling back to 15% in July."

"For now, the roller-coaster appears headed back up again," he continued. "It will be interesting to see if confidence keeps growing in the weeks to come. If it does, that would be a significant benefit to President Trump’s hopes of re-election."

"It is possible – probably likely – that perceptions of this question may have shifted over time," Rasmussen added. "For some people the prospect that the worst is still ahead of us means we have to hunker down for a longer period of time. For others, it may mean that we need to find a way to adapt and go on living with a challenge that is going to be with us for a while."