Poll: Nearly a third of voters disapprove of Biden's job performance so far

Biden's first days have been marked by a flurry of executive orders undoing Trump policies. 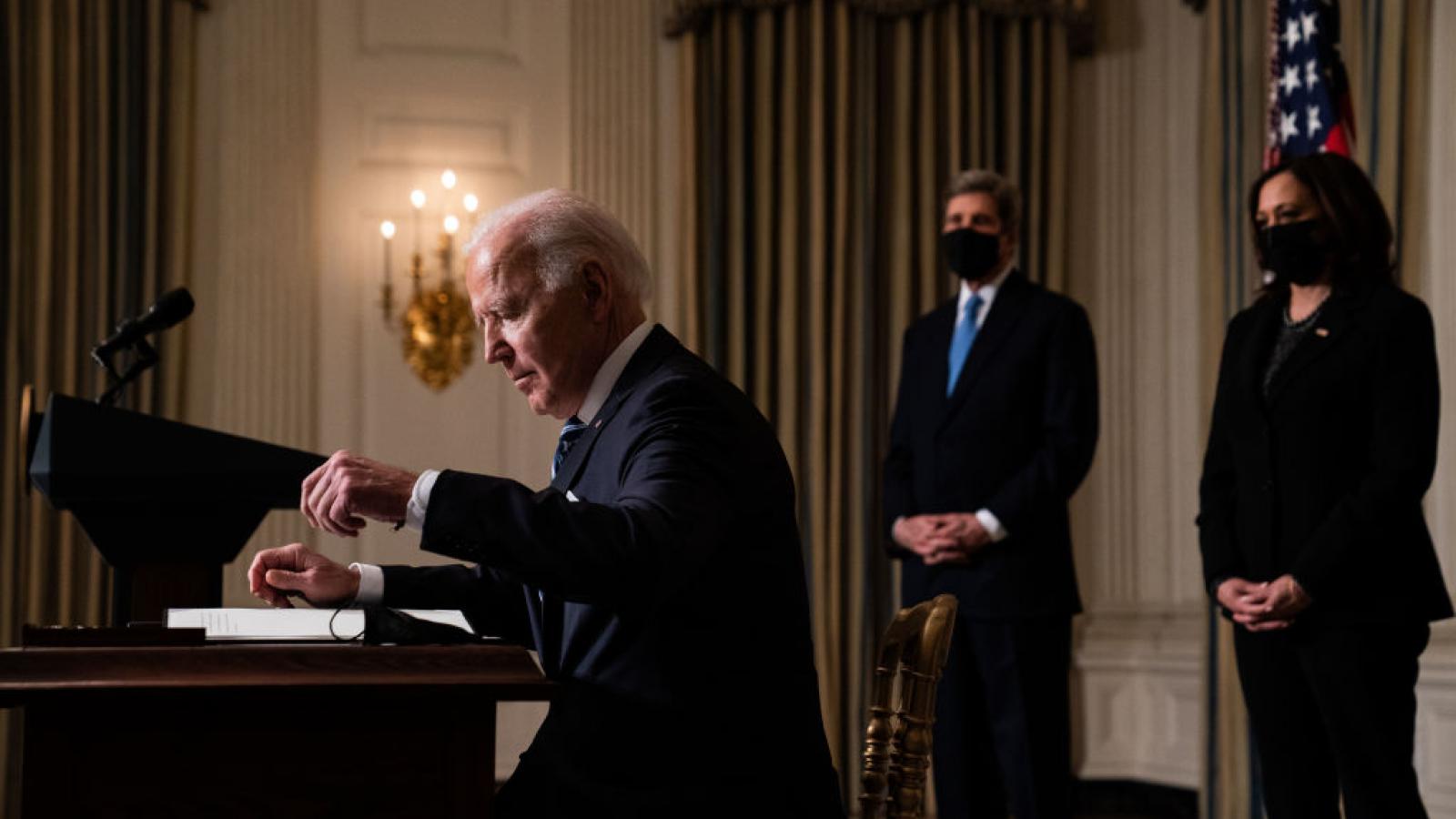 Nearly a third of U.S. voters disapprove of how President Biden performed his duties in roughly the first two weeks of his presidency, according to a new Just the News Daily Poll with Scott Rasmussen. 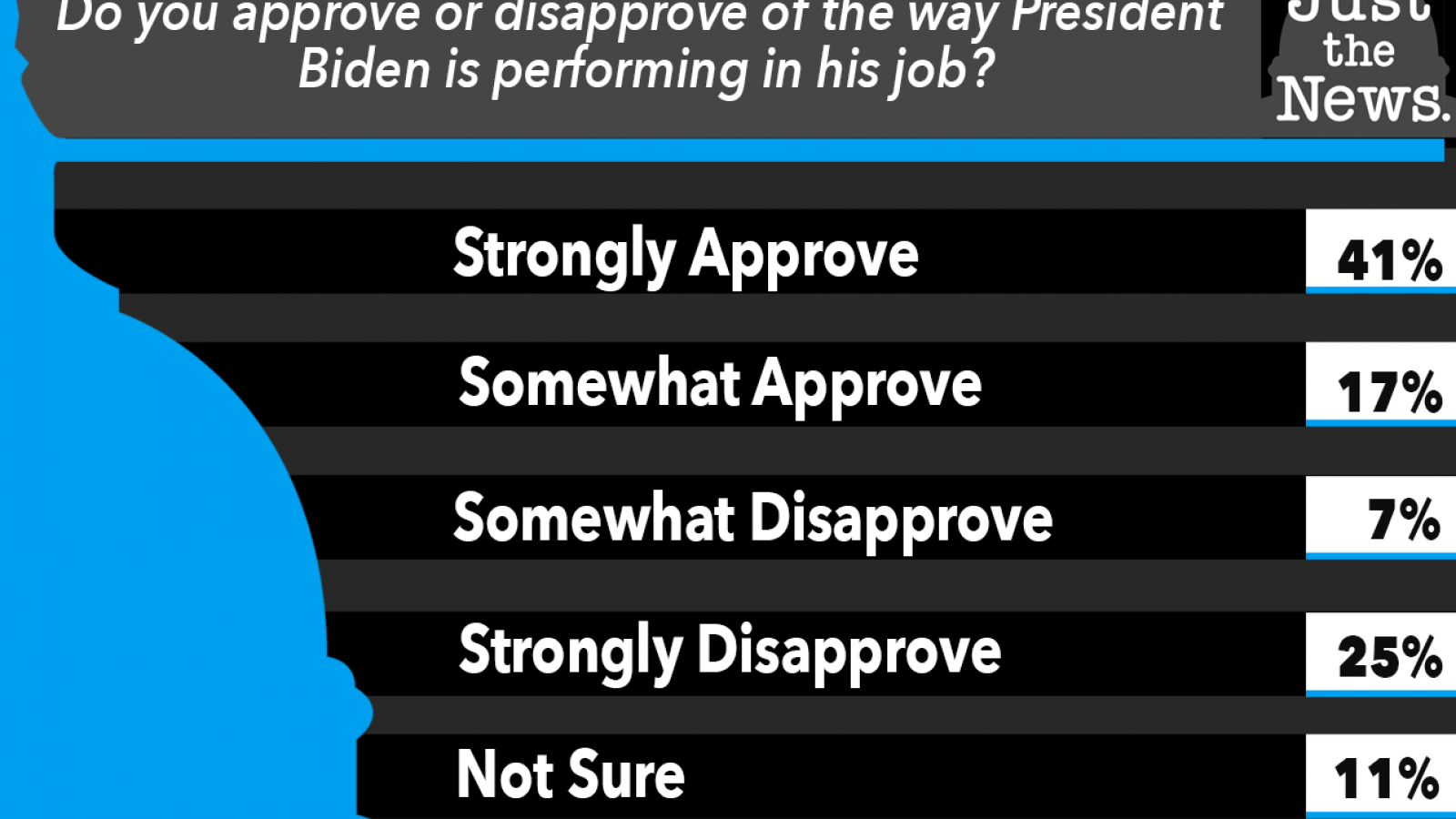 Thirty-two percent of respondents said they do not approve of Biden's job performance since he was inaugurated on Jan. 20. A 58% majority expressed approval for new president's job performance.

Biden, a Democrat, won the 2020 election against then-President Trump by about 5 percentage points of the total votes cast nationwide, emerging with 306 electoral votes to Donald Trump's 232.