Majorities in every surveyed demographic feel that way.

An overwhelming majority of voters — including majorities in virtually every major voting demographic — believe Americans should be required to show a photo ID before casting a ballot in person, according to a new Just the News Daily Poll with Scott Rasmussen. 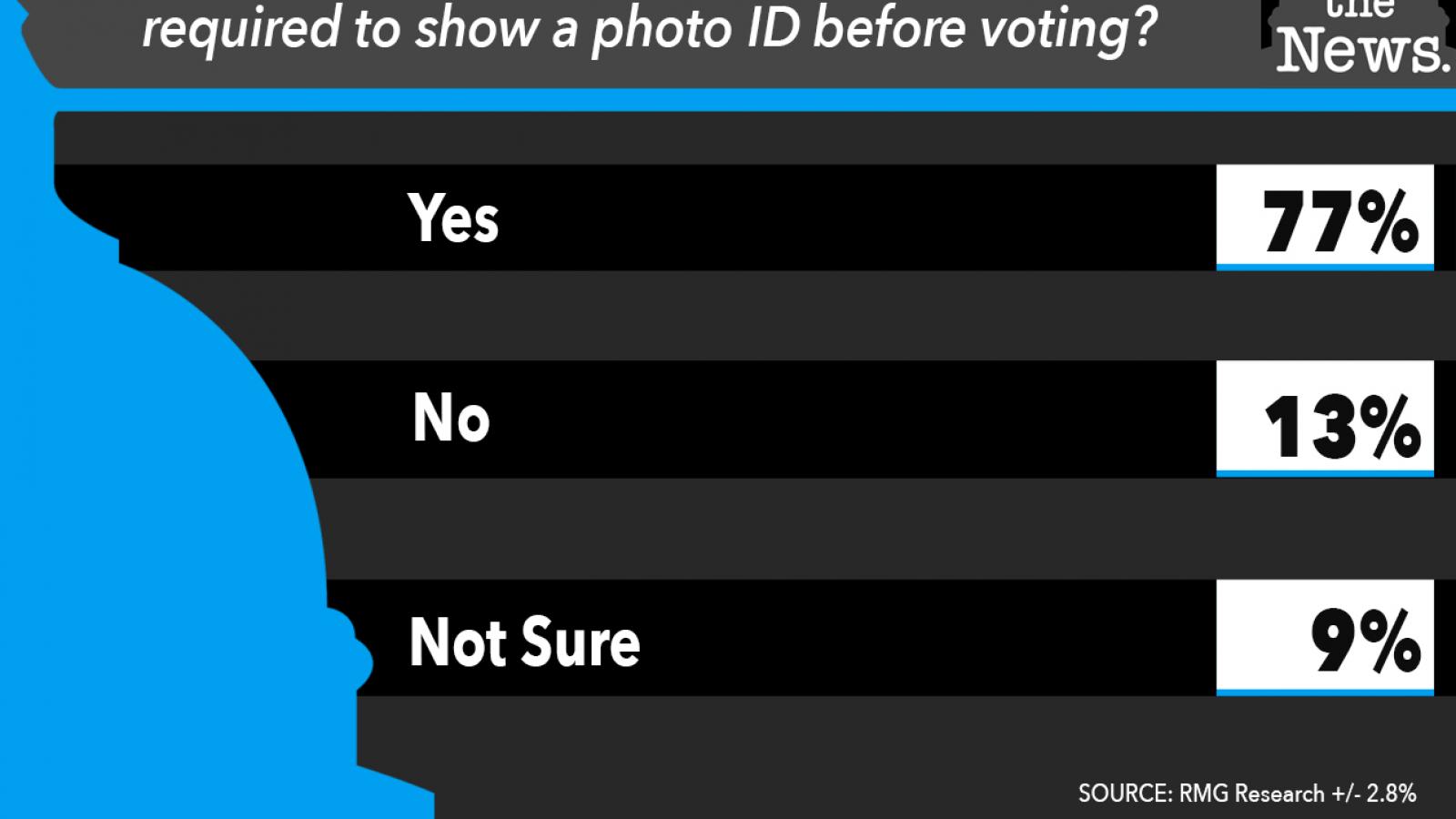 Overall, 77% of respondents in the poll of registered voters believe ID laws should be in place at the ballot box. That number holds largely consistent among white, Hispanic and black voters; seven out of every 10 Democrats feel that way, as do 61% of "very liberal" voters.

Voter ID laws have been a regular source of friction and debate within the U.S., with some advocates arguing it ensures the integrity of elections and some activists claiming it has the potential to disenfranchise certain voters.