Poll: Republican voters say sports should be allowed to resume while most Democrats disagree

The general public is nearly evenly split about whether professional sports be allowed at this time to resume or should they be shut down until next year. 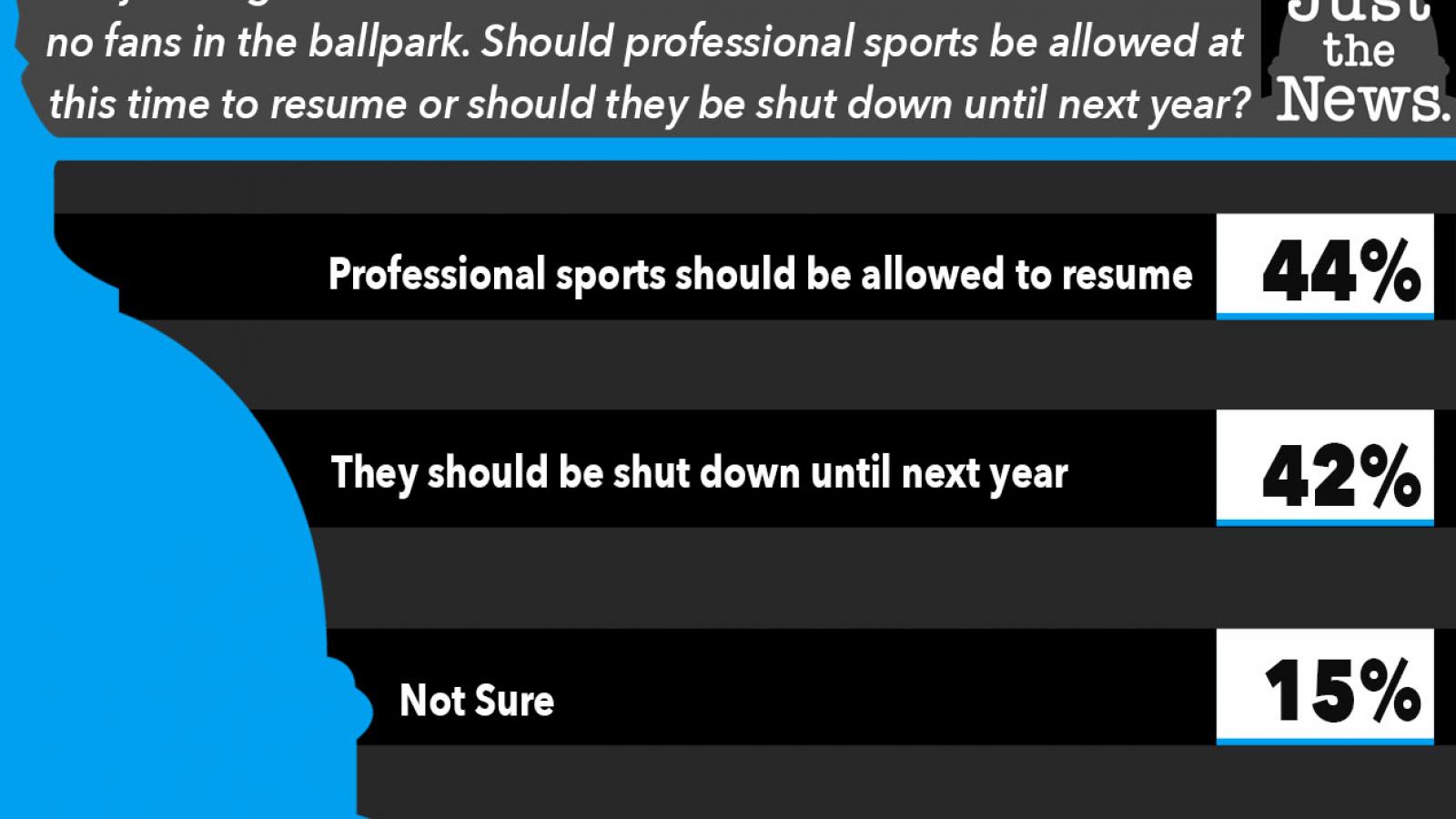 Republican voters say pro sports should be allowed to resume amid the coronavirus, while most Democrats disagree, according to a new Just the News Daily Poll with Scott Rasmussen.

Major League Baseball returns Thursday after roughly three months of suspended play because of the coronavirus. Four teams will host opening days – the World Series Champion Washington Nationals, New York Yankees, Los Angeles Dodgers and the San Francisco Giants. The games are being played days after the league and its players union agreed to a 60-game season.

"Voters are evenly divided as to whether or not professional sports should be allowed to resume this year," Rasmussen said. "Generally, the demographic responses are consistent with overall views on the pandemic. Most Republicans say sports should be allowed to resume while most Democrats disagree. Other voters are evenly divided."

Just the News Daily Poll respondents were asked "Major League Baseball is set to resume in the near future with no fans in the ballpark. Should professional sports be allowed at this time to resume or should they be shut down until next year?" They responded as below: