Poll: Seven out of 10 voters think U.S. news media will be friendlier to Biden than it was to Trump

A strong majority of American voters think the U.S. media will be friendlier to President Biden than it was to President Trump, according to a new Just the News Daily Poll with Scott Rasmussen.

Seventy-one percent of respondents said "the national news media will be friendlier to President Biden than it was to President Trump." 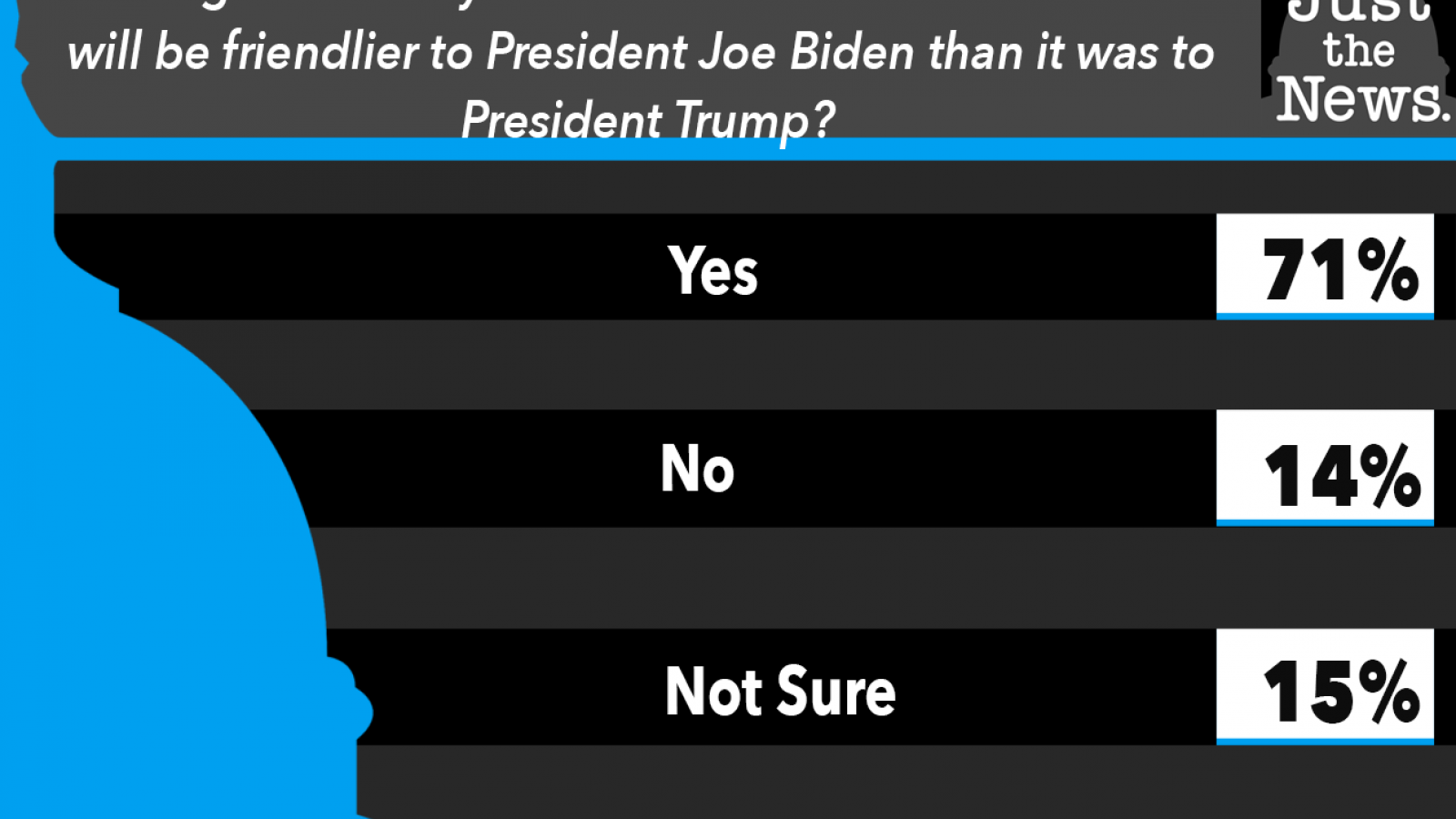 Those results come after years of acrimonious relations between President Trump and the mainstream media.

Trump throughout the course of his candidacy and presidency slammed the media as unfair, biased and dishonest, while major media outlets overwhelmingly covered the president negatively, including, for several years, via the ultimately debunked Trump-Russia conspiracy theory.

The survey of 1,200 registered voters was conducted by Scott Rasmussen using a mixed-mode approach from Jan. 21-23, 2021.