Equal number believe policies changed because of 'new scientific data about the pandemic.' 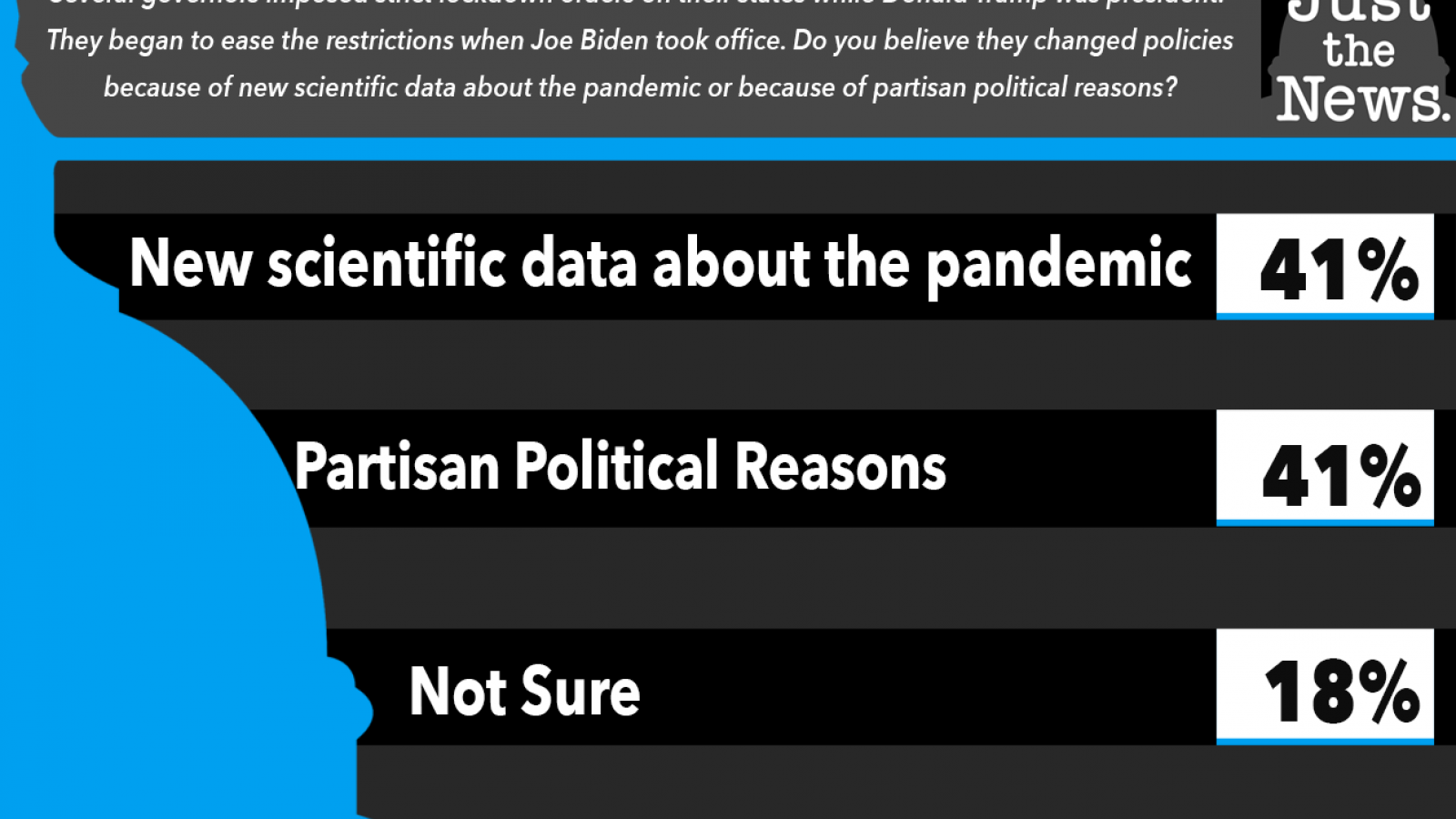 Voters are evenly split on whether recent rollbacks of COVID restrictions were ordered in response to emerging science or because of the politics surrounding President Trump's departure from office last month.

Multiple Democratic governors in recent weeks have announced the loosening of certain harsh COVID-19 policies, decisions they made even as COVID-19 numbers in their states were for the most part equal to or significantly elevated from the levels at which they imposed the policies.

Among voters, 41% believe the rollbacks were instituted due to new scientific knowledge about the pandemic, while an equal number cited "partisan political reasons."

Responses aligned closely with partisan affiliation: a 58% majority of Democrats believe "new scientific data" drove the rollback announcements, while 61% of Republicans chalk it up to political motivations.