President Trump's job approval rating has increased by 5 percentage points from last month, according to a new Just the News Daily Poll with Scott Rasmussen.

The new number was released the same day that the Republican Party starts in four-day nominating convention. 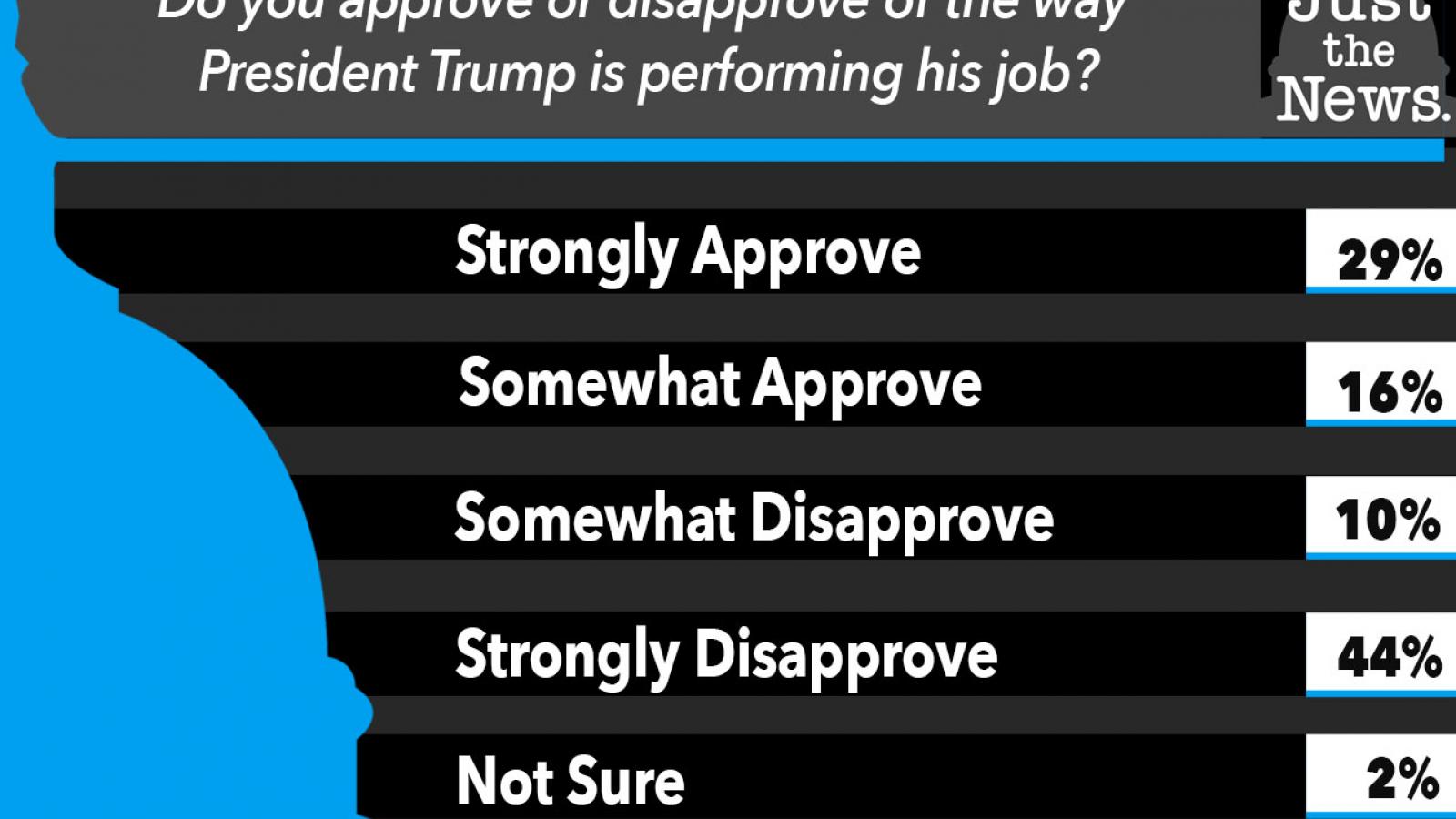 Among registered voters in the poll, 45% say they approve of Trump's job in office, compared to 40 percent in a Just the News poll last month. A full 29% of respondents said they "strongly approve" of his performance there. The overall rating matches April's for the highest-yet recorded in a Just the News poll.

Approval among independent voters increased by 9 percentage points – from 31% to 40%.

"As with any significant change like this, there is no way to immediately know whether it reflects a new trend, a temporary bounce, or statistical noise," Rasmussen said. "Only time will tell."

The survey of 1,200 Registered Voters was conducted by Rasmussen using a mixed mode approach from August 20-22, 2020