Democrats largely doubt it; Independents see it as more likely.

More voters believe Donald Trump will emerge victorious on election day than believe Joe Biden will be the winner, according to a new Just the News Daily Poll with Scott Rasmussen. 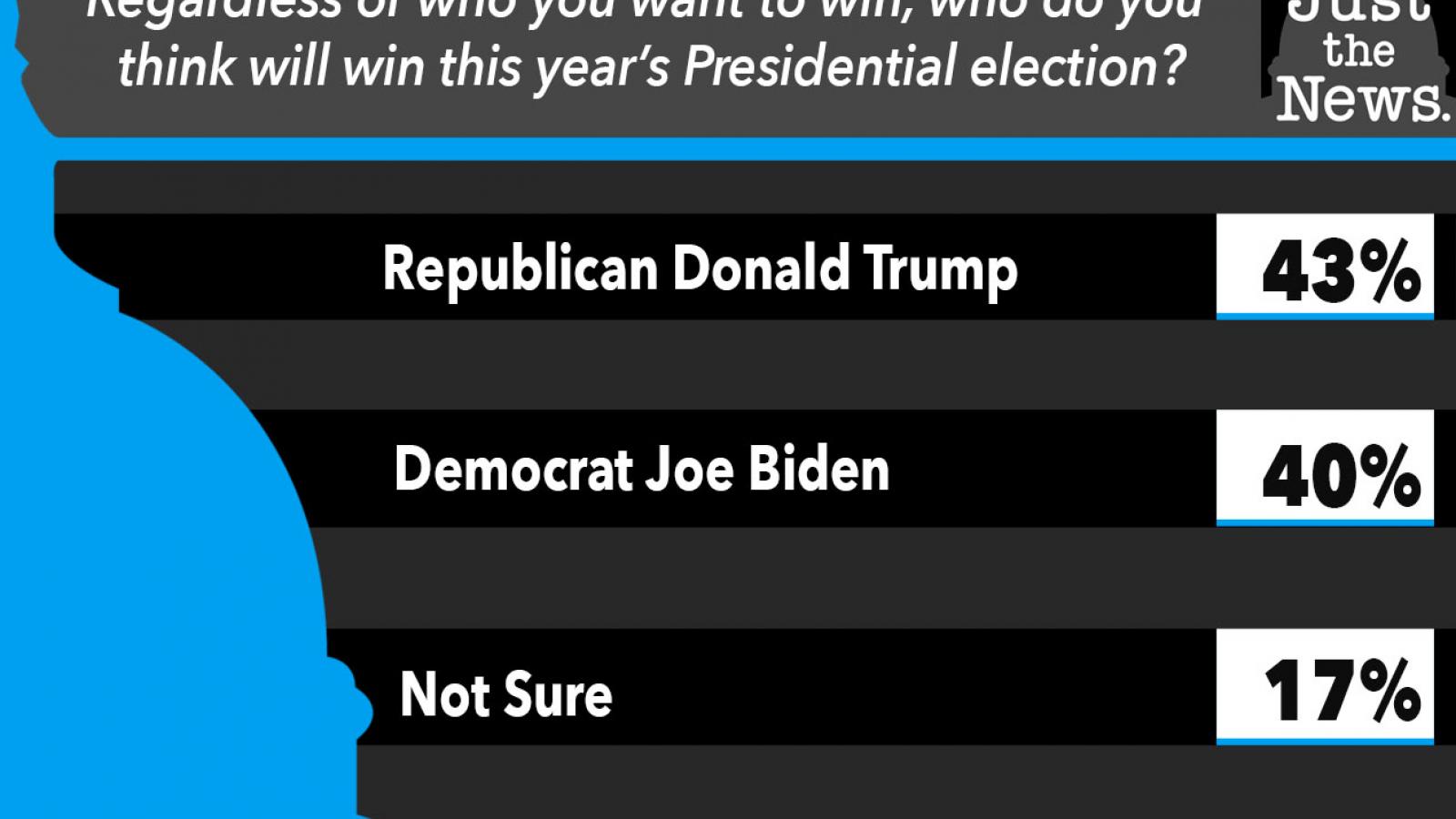 Among likely voters, 43% believe Trump will cinch the election and win another four years in the White House, while 40% believe Joe Biden will win the election. The remaining 17% were unsure.

Among Republican respondents, 78% were certain their nominee would win, while 40% of Independent voters felt that way.

The survey of 1,200 Likely Voters was conducted by Scott Rasmussen using a mixed mode approach from October 29-31, 2020.