Biden administration has pledged that tax hikes will only affect high earners. 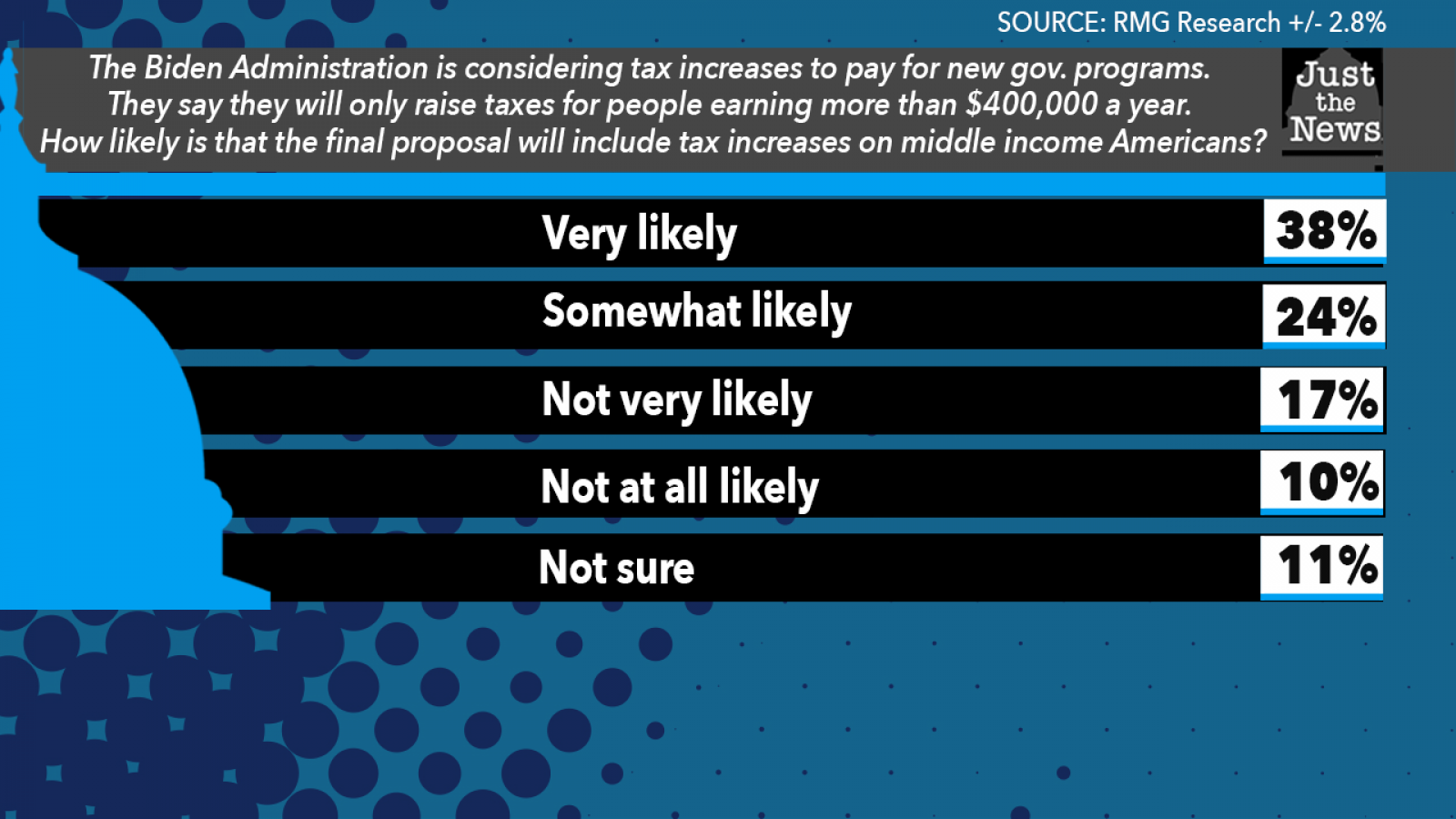 A solid majority of voters think President Biden's proposed tax hikes will raise taxes on middle-class American workers, according to a new Just the News Daily Poll with Scott Rasmussen.

The Biden administration has signaled that its major proposed tax hike will hit individuals earning $200,000 and households earning $400,000 or more. The hike is expected to pay for major economic initiatives the administration plans to undertake including one to upgrade U.S. infrastructure.

Yet among the U.S. voters who responded in the poll, 62% said they expect that the proposed hikes "will include tax increases on middle income Americans."

Pew Research last year defined "middle-income" households as those whose income ranges from $40,100 to $120,400 annually for a three-person household.

Just 27% think it unlikely that the tax hikes will stay limited to high-income earners.

The tax hike plan would, if eventually passed, be the first major tax increase in the U.S. in several decades.

The survey of 1,200 Registered Voters was conducted by Rasmussen using a mixed-mode approach from March 18-20, 2021, and had a margin of sampling error: +/- 2.8 percentage points.