Voters are evenly divided on the question of statues honoring confederate leaders and soldiers. However, by a 40% to 31% margin, there is plurality support for taking down statues honoring one man – Karl Marx 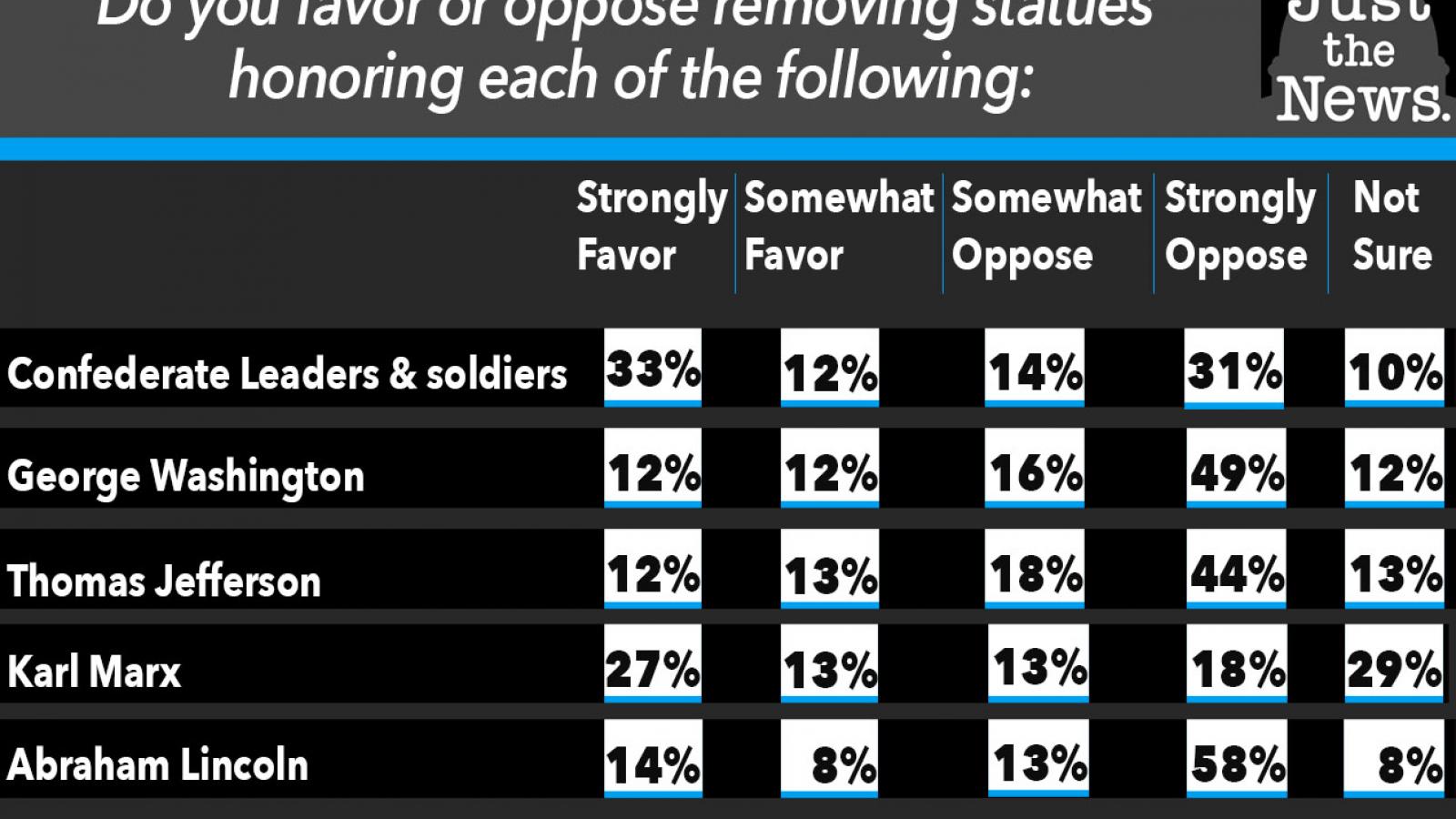 A strong majority of voters oppose tearing down statues honoring George Washington, Thomas Jefferson, and Abraham Lincoln, according to a new Just the News Daily Poll with Scott Rasmussen.

"There are clear partisan and racial divides on the question about statues honoring confederates," Rasmussen said. "Sixty-three percent (63%) of Democrats favor taking down such statues while 72% of Republicans are opposed. By a 2-to-1 margin, Black voters believe such statues should come down. White voters, by a narrower margin are opposed."

While most Democrats oppose taking down statues of Washington, Jefferson, and Lincoln, there is a gap between white and non-white Democrats on the issue.

The gap is strongest on the question about Jefferson’s statues. By a 62-to-25% margin, white Democrats oppose taking them down. By a 43-to-33% margin, black Democrats take the opposite view.

The question on taking down statues honoring Marx is supported by a plurality of Republicans and Democrats. Among Independent voters, 35% favor the idea and 32% are opposed. Low-income voters (those earning less than $50,000 a year), are evenly divided on the question of taking down Marx’s statues.

The net positive support for taking down Marx’s statues suggests that Americans continue to see his ideology as a threat to America’s founding ideals.