'The president’s job approval remains steady,' Rasmussen said. 'That may seem odd given all the turmoil in the nation, but it suggests that voters are viewing events through their own partisan lens.' 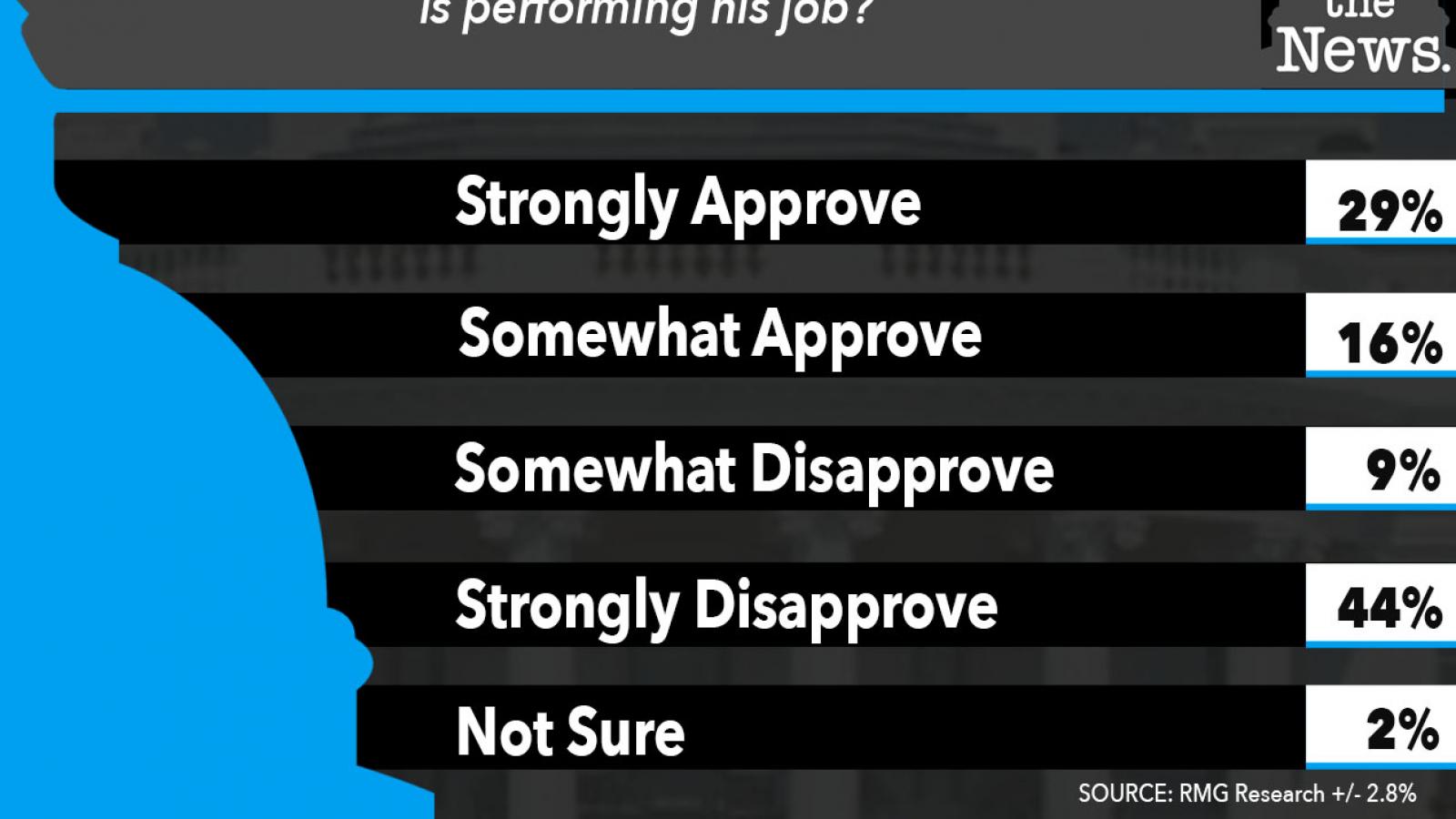 President Trump's approval rating held steady over the month of May, according to the latest Just the News Daily Poll with Scott Rasmussen.

"That may seem odd given all the turmoil in the nation," Rasmussen said. "But it suggests that voters are viewing events through their own partisan lens."

"I have some data being released on Ballotpedia on Tuesday that highlights this reality," Rasmussen said. "On the question of whether people are more concerned with the pandemic threat to their health or finances, there is very little difference between young and old. This may seem odd given the very different level of health threat. But there are also few differences between genders, races, income levels, employment status or other demographics."

The poll found that the only substantial differences can be found along partisan and ideological lines.

"This strongly suggests that voters have aligned with their partisan teams to answer the question," Rasmussen said. "It’s probably worth noting that Trump does better with people earning less than $100K. Among those earning more than that, his approval rating is at just 39%."

Just the News Daily Poll respondents were asked “Do you approve or disapprove of the way President Trump is performing his job?" They replied as below: