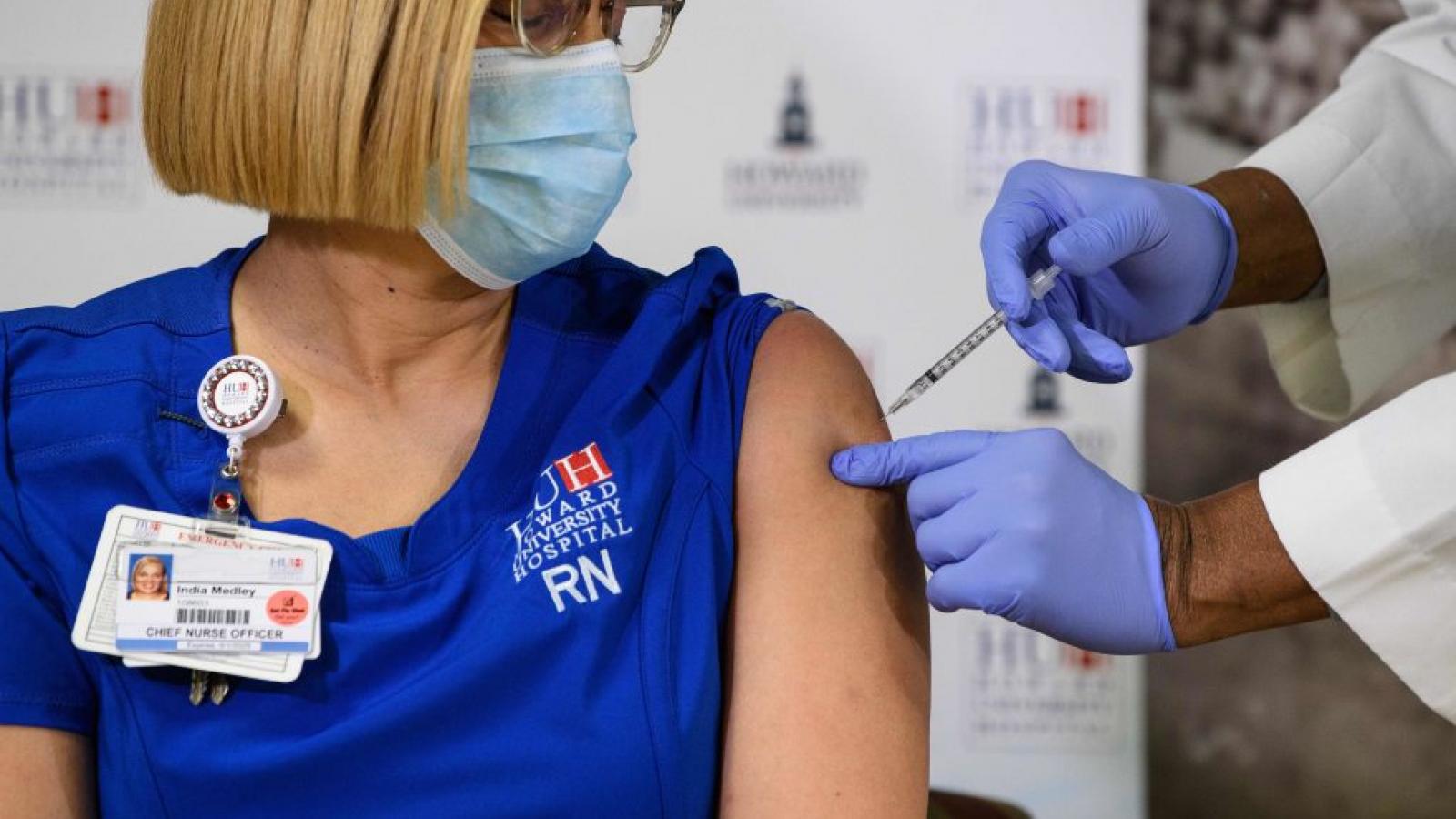 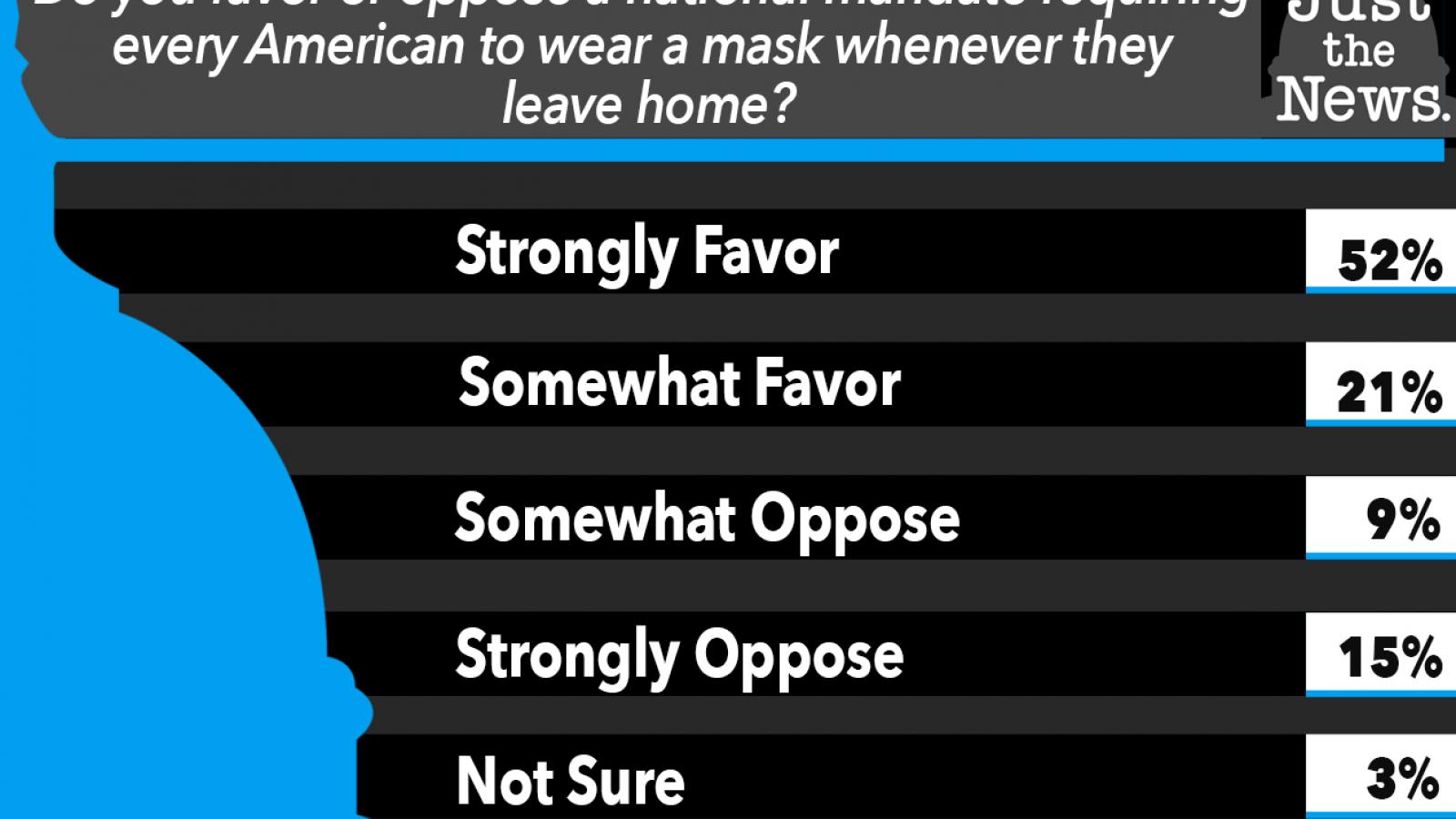 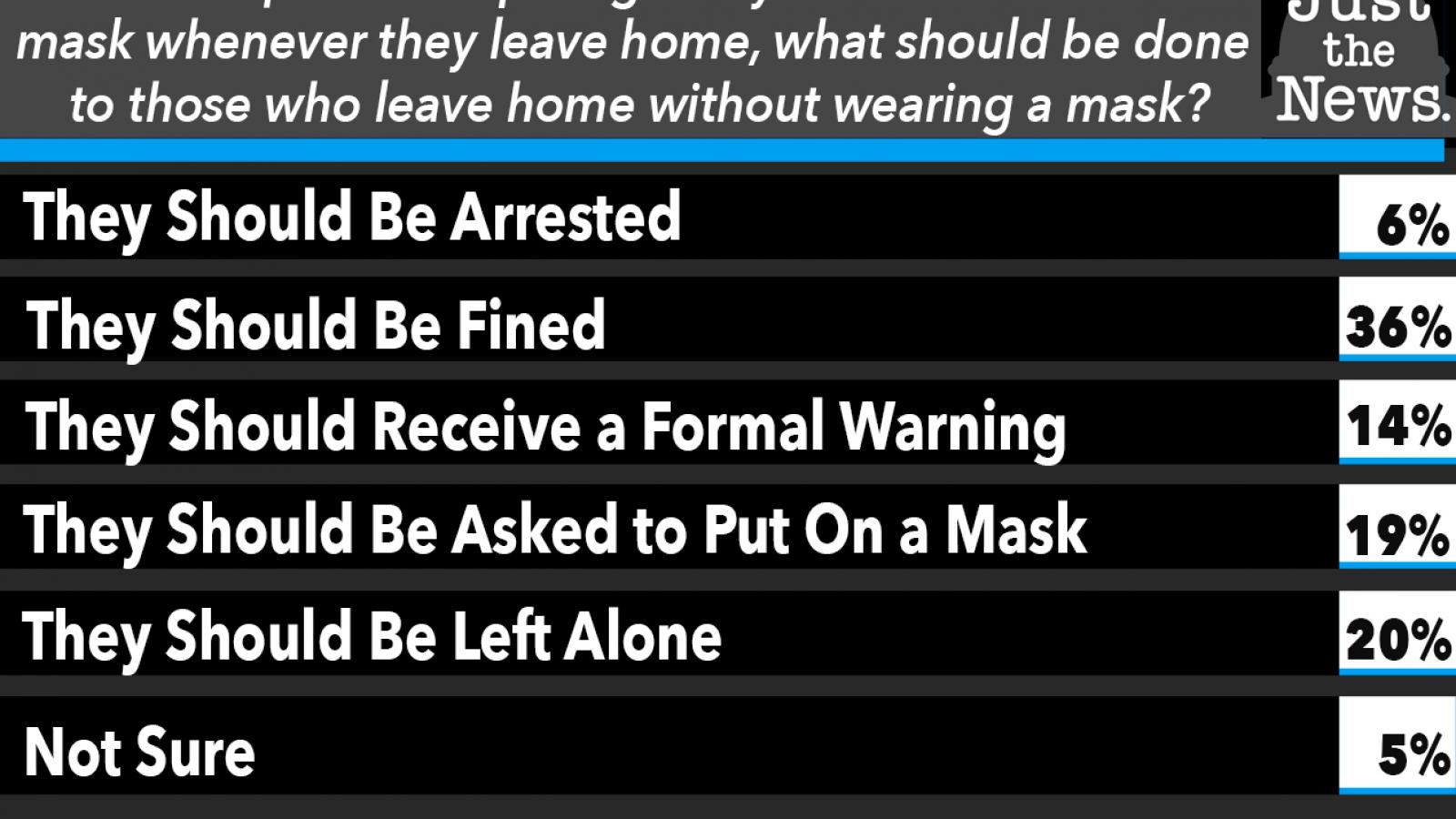 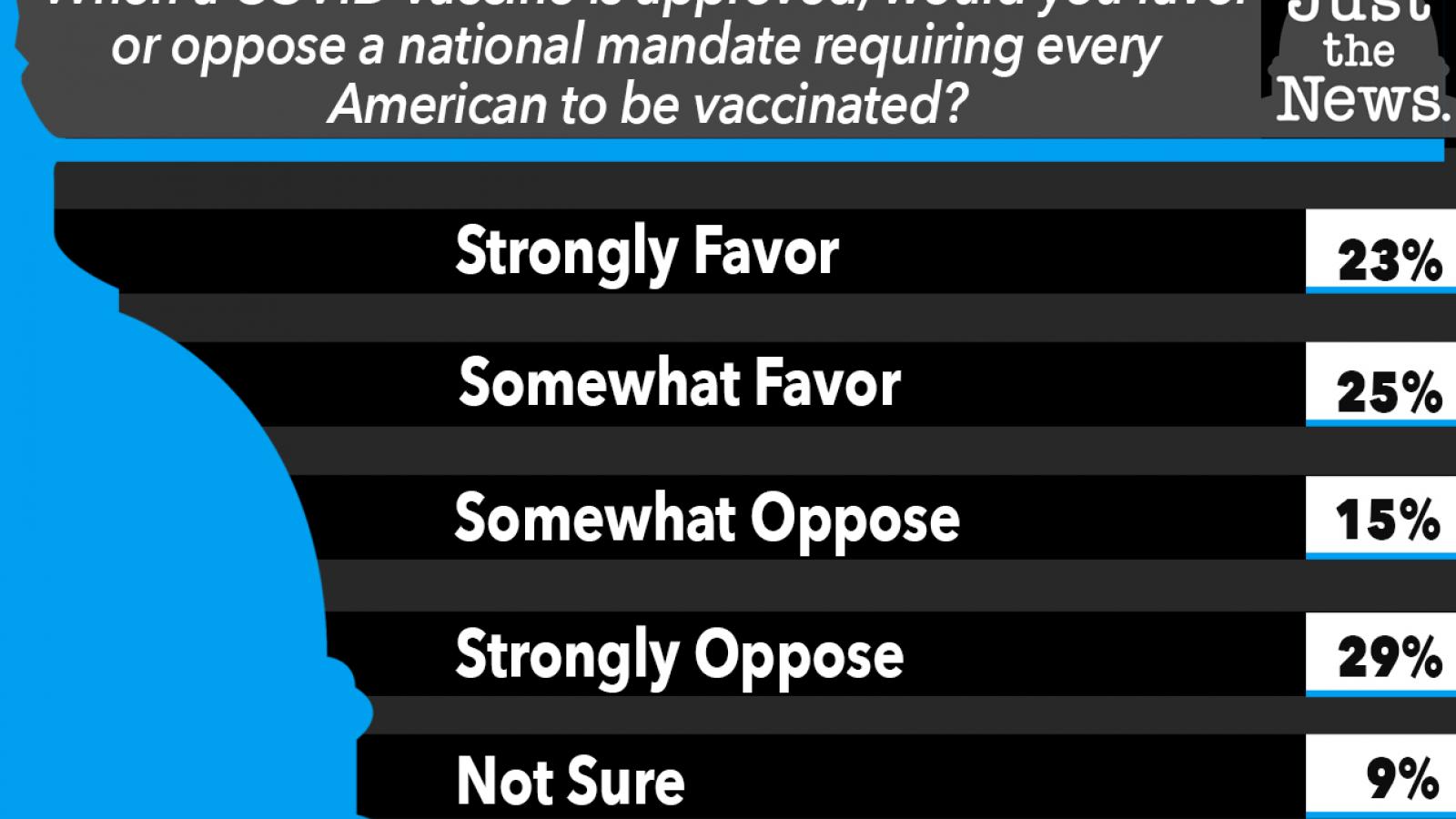 A majority of U.S. voters want a national mask mandate put in place, but they're more evenly divided on a national vaccine mandate, according to a new Just the News Daily Poll with Scott Rasmussen.

Nearly three-quarters of all voters – 73% – favor a nationwide mandate that requires people to wear a face covering "whenever [you] leave home."

Forty-eight percent of the poll respondents backed a U.S. vaccine mandate, while 44% opposed such an order.

On the issue of enforcing a federal mask mandate, 53% of respondents were in favor of mostly lax enforcement, preferring that violators receive a "formal warning," a request to don a mask, or that they be left alone.

Rasmussen noted that "the partisan differences are wide" on the question of a mask mandate: 90% of Democrats support it, while just 60% of Republicans do. 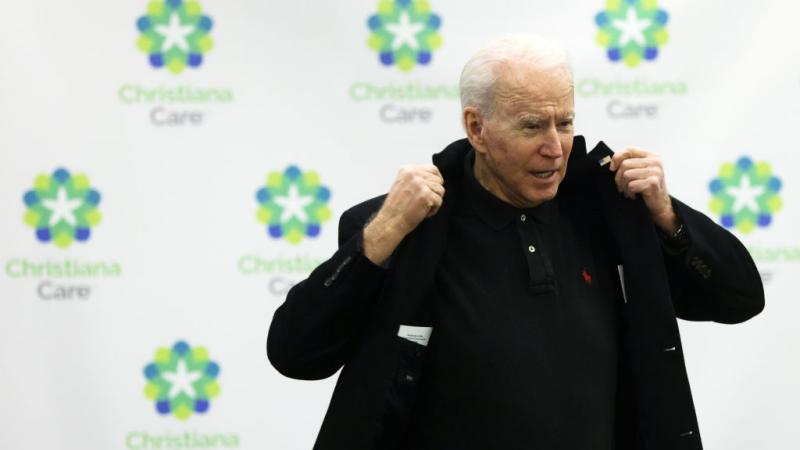