"The biggest lesson I think we learned is if Republicans are the party of parents, that we will be the winning party in 2022," said Banks, a top House Republican, in an interview with Just the News.

A top House Republican says the grassroots movement that swept the GOP to victory in this month's election is prompting congressional Republicans to devise a parents-first agenda as a centerpiece of its platform in the 2022 election.

Representative Jim Banks, who quarterbacks policy discussions as the chairman of the Republican Study Committee, told Just the News that he believes Republicans will have a Contract for America-like policy agenda for next year, much like the one Newt Gingrich used in 1994 to sweep the GOP into power.

"There are lots of lessons to learn from the election, not just in Virginia, but also in New Jersey, a couple of weeks ago," the Indiana legislator said in an interview aired Thursday as part of a Just the News TV special on Real America's Voice network. "The biggest lesson I think we learned is if Republicans are the party of parents, that we will be the winning party in 2022."

Banks and other guests who appeared on the Sentinels: Inside a Grassroots Movement special said that the grassroots energy generated by parents upset that critical race theory and other ideologies have speeded into local school curriculum is poised to translate into major electoral opportunities for conservatives next year.

Following Glenn Youngkin's victory in Virginia's gubernatorial election, Republicans across the country are looking for more ways to mobilize the conservative base ahead of the 2022 midterm elections.

"We have to stay focused on ways that we can uproot anti-American critical race theory type ideologies that are being pushed by the Democrats, into our institutions, like the military, higher education and into our K through 12 schools," Banks said.

"When Terry McAuliffe said in the debate, I mean, the moment that shook up that election in such a big way, that parents don't belong in the schools, and where most Americans overwhelmingly, overwhelmingly believe that parents should be at the center of decisions of what's being taught in our schools," he said. "That's the big takeaway that we have to keep focused on when we take back the majority in 2022," he added, referring to the Virginia debate between Youngkin and McAuliffe.

Banks also discussed other policies Republicans should focus on in order to take back control of Congress, such as inflation.

"Inflation is on the rise, and inflation is a hidden tax on working people," said Banks. "I hear it everywhere I go in my district, everywhere I travel around the country, inflation is real and people are feeling it. I think it's largely the issue that's that's driven Joe Biden's favourability down the tubes in such a such a drastic way."

According to the Bureau of Labor Statistics, the cost of services and goods has increased by 5.4% as the U.S. heads into the holiday shopping season.

As Democrats get closer to passing Biden's social spending package, Banks argues that its passage will only cause more harm than good.

"One good example is Democrats want to require college degrees for people who work in daycares and they also want to take away grant funding from daycares that are faith based. So there's a good chance that the daycare that you drop your kids off in the morning is going to close because of the mandates that are brought about by this bill," said Banks when discussing different aspects of the bill.

"This socialist spending bill is going to change America overnight if it passes. That's why we have to do everything that we can to stop it."

"What it comes down to is what kind of America do we want to preserve and pass on to our kids? Or do we want to turn America into a socialist country and ruin it overnight by passing bills like this one?" 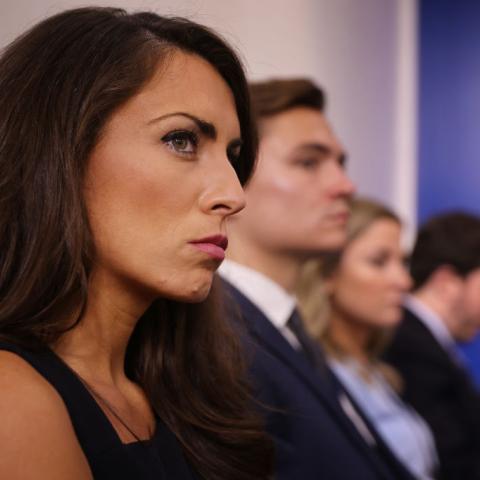 Clinton capitalizes on Trump raid by selling 'But Her Emails' merchandise