With move by Saudi Arabia, average U.S. price of regular gasoline has jumped 13 cents a gallon since beginning of year

Under President Trump, the United States became the largest producer of oil in the world.

At the end of December, Saudi Arabia announced it would cut production by one million barrels per day, which will drop global supply for February by about 1%. The move is intended to reduce supply with diminished demand, which has dropped due to the COVID-19 pandemic.

Already, drivers are starting to see the effects of reduced supply. The average U.S. price of regular-grade gasoline jumped 10 cents a gallon over the past two weeks to $2.45, according to The Associated Press — and 13 cents since the beginning of the year.

Industry analyst Trilby Lundberg of the Lundberg Survey said Sunday that a rise in crude oil prices since November caused the increase. Meanwhile, OPEC's oil supply in January is expected to decrease by approximately 400,000 barrels per day, tanker tracker Petro-Logistics said on Monday.

"Oil prices have risen by 10 percent since the end of 2020 and 8 percent since the OPEC+ meeting two weeks ago, but the rally has nothing to do with the short-term oil demand outlook," OilPrice.com reported last week. "It has been almost exclusively due to the decision of Saudi Arabia — the world's top oil exporter and OPEC's de facto leader — to cut an additional 1 million barrels per day (bpd) from its production in the first quarter."

"The Saudi 'generosity' signals that the Kingdom is willing to forgo short-term market share in order to prop up prices amid weak immediate demand, tighten the market faster, and wait for the opportunity to ramp up production once oil demand rebounds at some point in the second half of 2021," said the oil website. "Yet, in the process, the Saudis could incentivize increased activity in the U.S. shale patch, which could abandon the promised restraint in spending, and increase production. Higher-than-currently-estimated U.S. oil supply could cap oil price gains and ruin the Saudi attempts to over-tighten the market."

But it all might get worse. One of Biden's first move in office was to cancel the expansion of the Keystone XL Pipeline, which carries Canadian crude into the U.S.

"The expansion was originally conceived when oil prices were at historic highs — just before the 2008 financial crisis and American shale oil boom — as an artery that would pump 500,000 barrels of Canadian crude more than 1,700 miles from Alberta to the U.S. Gulf Coast," The Wall Street Journal reported last week. "The line, which is now partially built but not operating, was eventually expected to transport 830,000 barrels of oil 1,210 miles from the Canadian oil sands to Steele City, Neb., where it would link to existing pipelines heading to Gulf Coast refineries."

Biden killed all that with an executive order last week.

"The Keystone XL pipeline disserves the U.S. national interest," Biden's order said. "The United States and the world face a climate crisis. That crisis must be met with action on a scale and at a speed commensurate with the need to avoid setting the world on a dangerous, potentially catastrophic, climate trajectory. At home, we will combat the crisis with an ambitious plan to build back better, designed to both reduce harmful emissions and create good clean-energy jobs.

"Our domestic efforts must go hand in hand with U.S. diplomatic engagement.  Because most greenhouse gas emissions originate beyond our borders, such engagement is more necessary and urgent than ever. The United States must be in a position to exercise vigorous climate leadership in order to achieve a significant increase in global climate action and put the world on a sustainable climate pathway. Leaving the Keystone XL pipeline permit in place would not be consistent with my Administration's economic and climate imperatives."

The Biden administration also put a 60-day freeze on new leases on federal lands and bureaucratic permitting for oil production, which the Journal said this week could become a long-term ban.

"Federal lands account for about 22% of U.S. oil production, 12% of natural gas and 40% of coal," the Journal wrote. "When the Obama Administration slowed oil and gas permitting on federal land, drilling and exploration shifted to private land. The Biden Administration may shut that down too. Start with the 60-day suspension on new leases on federal land. Producers in older oil and gas fields won't be significantly affected, and many have already scaled back investment in places like California and Louisiana while pouring more into shale. But shale fracking occurs in large part on federal land in western states, and it continually requires new leases and investment."

Biden's stance on fracking has also been murky. In one presidential debate, he claimed that he "never said I oppose fracking." Trump fired back, saying, "You said it on tape."

In 2019, Biden said, "We would make sure it's eliminated" when asked about the future of coal and fracking. And in 2020, Biden said he opposed "new fracking." But his written plan does not include a full ban on fracking or even on new fracking, said the Journal. Instead, it proposes "banning new oil and gas permitting on public lands and waters" — which Biden followed through on by enacting a freeze.

With the Saudi Arabia cut, prices at the pump are expected to rise soon. Brent crude oil has been "stuck" at $50-$55 per barrel, but "many experts are now looking for upward of $60 in 2021, with some of the more bullish targeting $65 by this summer," Arab News reported on Thursday.

The American Automobile Association (AAA) said on Wednesday that Americans can expect to see the price at the pump continue to rise.

"Since the beginning of the year, the national gas price average has increased 13 cents," the AAA said. Today's average is $2.38. That is a nickel more than last week. However, still cheaper year-over-year by 17 cents. The last time the nation saw a substantial January pump price increase was in 2009. That year, the national gas price average jumped 23 cents inside of the first 3 weeks of the year. At that time U.S. gasoline demand and supply were lower and crude oil prices had been increasing, similar to today."

That was the first month — January 2009 — former President Barack Obama was in office.

"The higher price of crude is outweighing sustained low gasoline demand and a build in gasoline supply," said Jeanette Casselano McGee, AAA spokesperson. "Motorists can expect gas prices to continue to climb through at least the end of the month."

And there are two more things that could make driving more expensive.

Biden's nominee for secretary of transportation, former South Bend, Ind. Mayor Pete Buttigieg, on Thursday said raising the federal gas tax will be one of the options to fund "major investments" needed for highway infrastructure. "I think all options need to be on the table," he said.

A Buttigieg spokesman later walked the statement back, according to Roll Call, telling reporters that a "variety of options need to be on the table to ensure we can invest in our highways and create jobs, but increasing the gas tax is not among them."

During his confirmation hearing before the U.S. Senate's Commerce, Science and Transportation Committee, Buttigieg also floated the idea of charging Americans based on how much they drive, a vehicle miles traveled system, or VMT.

"If we’re committed to the idea of user-pays, part of how you might do that would be based on vehicle miles traveled," Buttigieg said. "But that raises concerns about privacy, and there remains technical issues as well. It's going to have to be a conversation not only in the administration but with Congress too.

To implement a VMT system, the federal government would likely have to establish a uniform in-car system for tracking the number of miles a driver travels similar to the EZ-Pass transponder that drivers put in their vehicles to pay tolls. 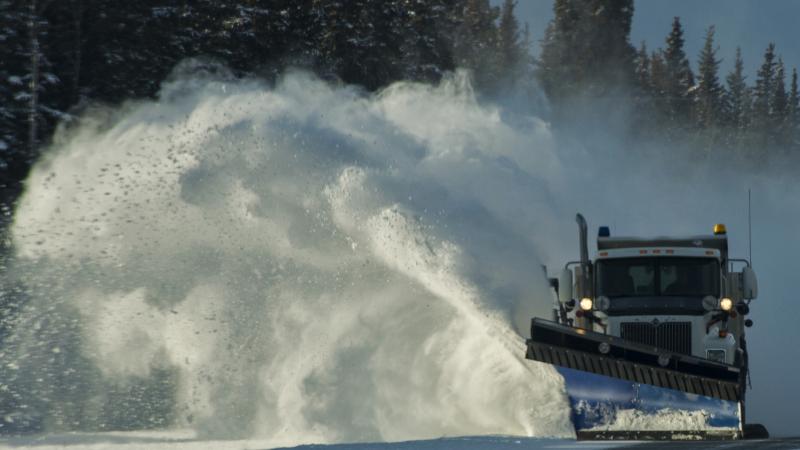 Snow traps Sen. Tim Kaine, thousands of others on Virginia interstate for more than 24 hours

Finnish man blows up his Tesla on YouTube instead of paying $23,900 for new battery pack