Strike could have halted large amounts of food shipments during harvest season and sidelined 300,000 barrels a day of oil.

The White House announced a tentative deal Thursday to avert a nationwide strike by rail workers that threatened a devastating jolt to the economy and its supply chain ahead of the midterm elections.

After a marathon night of negotiations, President Joe Biden said the deal “will keep our critical rail system working and avoid disruption of our economy” that had been set to take effect on Friday.

“These rail workers will get better pay, improved working conditions, and peace of mind around their health care costs: all hard-earned,” Biden said. “The agreement is also a victory for railway companies who will be able to retain and recruit more workers for an industry that will continue to be part of the backbone of the American economy for decades to come.”

The deal came hours after prominent Republicans pleaded with Biden to get more involved in the labor dispute and government agencies began scrambling for contingencies.

"I represent a district that has multiple Class I railroads," Rep. Rodney Davis (R-Ill.) told the "Just the News, Not Noise" television show on Wednesday night. "We depend upon the supply chain, and we depend upon the rail industry. And a lot of those union members that work for the rail lines, they live in my district. And they will tell you that there's a lack of leadership in the White House right now, to getting something done, that can make sure that we avoid this strike.

"I just don't know if the Biden administration is willing to step up and do what's right."

On Wednesday, the International Association of Machinists and Aerospace Workers of District 19 (IAM) voted to authorize a strike after almost 4,900 members voted to reject a tentative contract agreement with railroads. The strike could take effect by month's end.

"The Tentative Agreement has been rejected and the strike authorization vote was approved by IAM District 19 members," the union said. "Out of respect for other unions in the ratification process, an extension has been agreed to until Sept. 29, 2022 at 12 p.m. ET. This extension will allow us to continue to negotiate changes with the NCCC in the hopes of achieving an agreement our membership would ratify."

A rail strike would halt large numbers of food shipments just as the harvest season is reaching peak and could also sideline 300,000 barrels a day of oil shipped by freight tankers, sending shockwaves through both the food and energy supply chains ahead of midterm elections that will determine control of Congress, experts warned.

The Association of American Railroads estimated the U.S. economy would lose $2 billion each day of the strike.

The gravity of a potential rail strike came into sharper focus when the nation's passenger railway Amtrak announced it would be canceling all long distance trains starting Thursday. "While we are hopeful that parties will reach a resolution, Amtrak has now begun phased adjustments to our service in preparation for a possible freight rail service interruption later this week," Amtrak said.

The Biden White House on Wednesday acknowledged a strike was a real possibility and said it was scrambling to arrange alternate methods of transporting goods for an extended period of time.

The White House is looking into alternate means of transportation if the strike happens. "We are working with other modes of transportation, including shippers and truckers, air freight, to see how they can step in and keep goods moving in case of this rail shutdown," White House Press Secretary Karine Jean-Pierre told reporters.

Rep. Troy Nehls (R-Texas) warned the supply chain does not have enough excess capacity to absorb a rail strike.

"And the American Truckers' Association will tell you: We're 80,000 truckers short right now, so we're going to need a couple hundred thousand more. Where are you going to find them?"

Tim Stewart, the president of the U.S. Oil and Gas Association, said a strike would instantly put new pressure on energy markets that had just begun to enjoy some gasoline price relief.

"The crude markets in the U.S. rely on about 300,000 barrels a day to be moved by rail from states such as North Dakota to refineries in the Midwest, or in the Intermountain West," Stewart told the John Solomon Reports podcast. "A rail strike like that all of a sudden, can really put constraints on regional refining markets, and that's of concern for a lot of people. 300,000 barrels a day [is] nothing to sneeze at."

Senior fellow at the Manhattan Institute Mark Mills said if this strike occurs, it will occur at a very bad time.

"We've already got supply chain disruption," Mills said on the "Just the News, Not Noise" TV show. "And we haven't recovered from the disruption of the terrible misguided lockdowns of the economy. That disrupted supply chain takes a long, long time to recover from those damages." 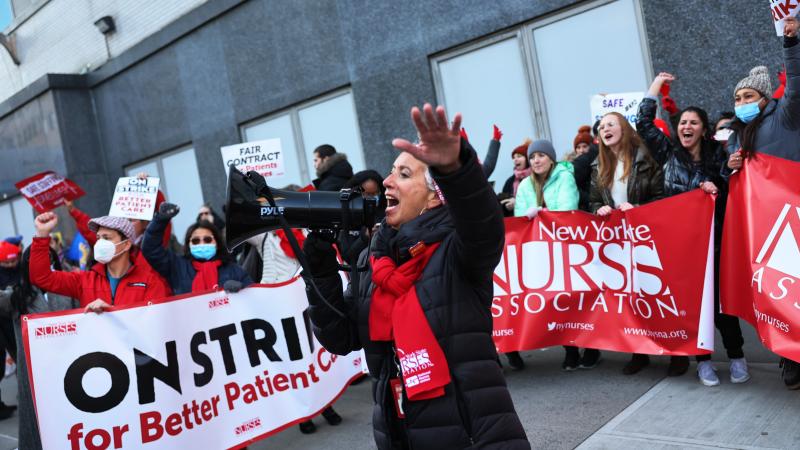 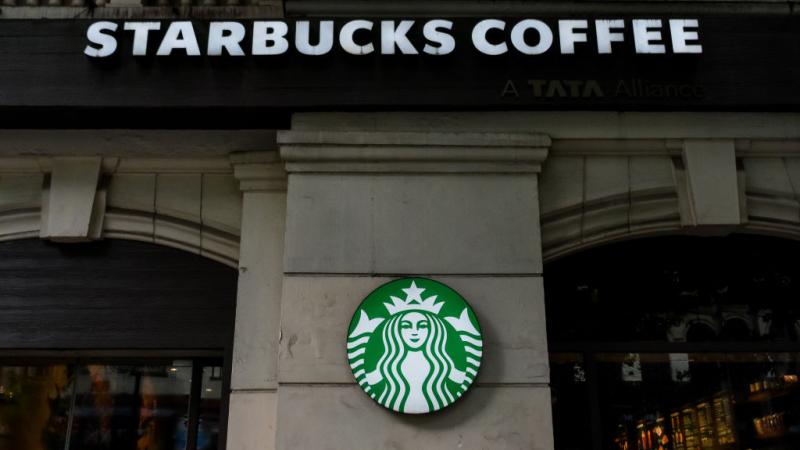