Legacy outlets rocked with error-riddled reports as trust in media at historic lows.

Major media outlets in recent weeks have been struggling under a flood of major reporting failures, scrambling to address significant lapses in reporting as nationwide trust in media reaches record lows.

The Washington Post this week revealed that it had significantly misreported a story in which then-President Donald Trump was alleged to have called one of Georgia's top elections investigators and urged that official to "find the fraud" in the state's election data. The Post, which had relied on anonymous sourcing to verify the claim, said that a review of an audio file of the call discovered this month revealed that Trump had never uttered those words.

Those allegations were explosive at the time they were reported, even finding their way into the impeachment trial memorandum of Senate Democrats. The Post in its correction indicated that its reporter has not listened to the recording prior to reporting on it, instead relying on "information provided by a source" to bolster the allegations in the report.

Other media outlets picked up on the allegation as well, including CNN, which after the discovery of the recording quietly updated its own report on the alleged scandal. But its 10.5-font-sized "Editor's Note" did not specify the errors from the earlier report, instead linking readers to a report on the recently discovered recording that itself did not identify the error from the network's original article.

The New York Times has been involved in several corrections, some big like the elaborate hoax played on its Caliphate podcast and others small but still affecting reputations on Twitter. Last month, for instance, Times technology reporter Taylor Lorenz had to be corrected when she tweeted an allegation that tech entrepreneur Marc Andreessen had used  "the r-slur" during a forum, only to have one of the forum's moderators deny it happened. Lorenz then tweeted back: "Thanks for clarifying."

The Capitol riot on Jan. 6 resulted in more journalism malpractice, so much so that award-winning journalist Glenn Greenwald wrote an entire essay about "false and exaggerated" media claims he had uncovered. "False reporting is never justified, especially to inflate threat and fear levels," he declared.

One of those problematic media claims was the report that U.S. Capitol police officer Brian Sicknick had been murdered with a fore extinguisher during the riot. More than two months later, that has yet to be substantiated by any hard evidence; the officer's family, meanwhile, has disputed it.

Sicknick was among the police officers present the day of the riot, during which one protester was killed by federal law enforcement and in which protesters clashed with police and drove lawmakers from their chambers.

In the weeks since, however, a far more opaque picture has emerged regarding the circumstances of Sicknick's death. An official cause of death has still not been released. In February medical officials claimed they were still uncertain as to why Sicknick died. Sicknick's mother told media in late February that while they "[didn't] know anything for sure," Sicknick "wasn’t hit on the head ... We think he had a stroke."

Sicknick's brother Ken, meanwhile, told media that Sicknick had texted him hours after the riot and that he was "in good shape," as Ken Sicknick put it. Hours later the family learned that Sicknick allegedly had suffered a blood clot and a stroke and was being kept on a ventilator; he died the next day.

The Times in its report still claims that Sicknick died "from injuries in a pro-Trump rampage," even as evidence substantially supporting that contention has failed to materialize. The FBI this week announced that it had arrested two individuals who allegedly sprayed Sicknick with bear spray during the violent chaos, though it is not yet known what role, if any, the alleged spraying may have played in his death.

Recent Gallup polling indicates that a third of all Americans have no confidence in the trustworthiness of mass media. Recent Just the News polling, meanwhile, shows that seven out of 10 voters believe the national media will be more friendly to Biden than it was to Trump.

Yotam Ophir, a communications professor at State University of New York at Buffalo, argued that such mistakes are "a natural consequence of trying to provide news 24/7, particularly in highly crowded and competitive environment where media organizations strive to be first and have scoops."

"Most inaccuracies made by the mainstream media are the result of honest mistakes," he claimed. "There are, of course, famous cases of journalists who committed fraud, plagiarized, or fabricated stories, but those are far in between in the great scheme of things."

Ophir argued that journalistic standards at mainstream outlets like the Washington Post and the New York Times are "far better" than at ideologically driven alternative sites such as Breitbart and the Daily Kos.

"Media misinformation is a problem of percentages, not individual cases," he argued. "The question should not be how many mistakes the [New York Times] makes. The question is what is the percentage of accurate reporting, compared to inaccurate[.]"

The Times—often hailed as the "Paper of Record" of the United States—addressed another hitch in its reporting in late December of last year, when it admitted that multiple episodes of its heralded podcast "Caliphate" had relied on a source whose claims "did not meet our standards for accuracy."

The paper said it had had doubts about its source's claims, even going so far as to include in the series one episode devoted entirely to fact-checking the claims within the podcast itself. Still, the Times said, the paper "should have pressed harder to verify [the source's] claims before deciding to place so much emphasis on one individual’s account."

Numerous major media outlets over the course of the Trump presidency often ran with dubious or outright erroneous reports based wholly on anonymous sources, in some cases having to issue retractions that negated the point of the original story.

In December of 2017, for instance, CNN reported on what appeared to a bombshell confirmation that Donald Trump, Jr. had advanced notice of a Wikileaks release of hacked Democratic emails. The network was later forced to retract that claim, admitting that "two sources who had seen the email" had claimed the message was sent on Sept. 4 of 2016 when in fact it had been sent on Sept. 14.

When the New York Times reported in February 2017 that U.S. intelligence had intercepts showing Trump officials colluding with Russian intelligence during the 2016 election, then-lead FBI agent Peter Strzok marked up a copy of the article identifying nine major factual errors, starting with the bombshell headline. "We are unaware of ANY Trump advisers engaging in conversations with Russian intel officials," Strzok wrote.

The Times never retracted the story.

In September of 2020, meanwhile, The Atlantic claimed that Trump had deemed American soldiers who had died fighting in World War I "suckers" and "losers." The magazine cited "four people with firsthand knowledge" of the remarks, though none were identified and nobody in the six months since the article's publication has yet come forward claiming to have personally witnessed Trump's alleged words.

Multiple on-the-record sources, meanwhile, disputed the Atlantic account of the exchange. John Bolton, former Trump National Security Adviser and subsequently a fierce critic of the former president, said he had been present during the exchange at which Trump reportedly made the disparaging remarks. "I didn't hear that," he said.

Former White House Press Secretary Sarah Sanders, meanwhile, also said that she had been present in the room at the time of the exchange, and that Trump's remarks "never happened."

The Associated Press later said it had confirmed some elements of the controversy, including the remarks about dead American soldiers, though both of the AP's sources were, like the Atlantic's four sources, anonymous. 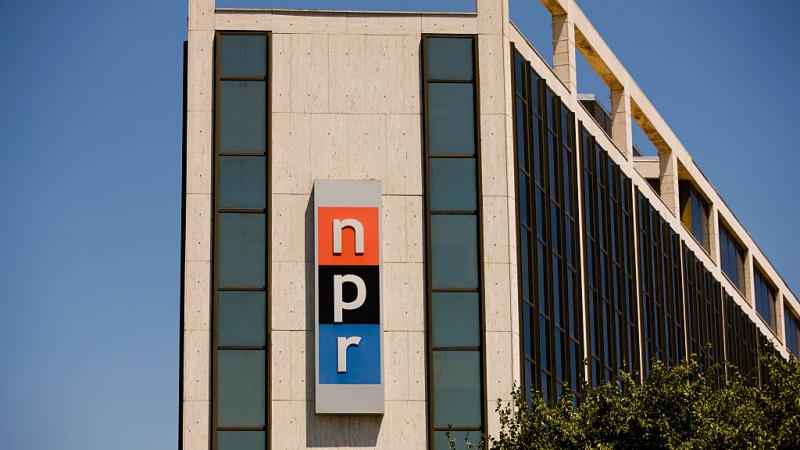 NIH director wants to avoid lockdowns 'at all costs,' Fauci warns pandemic 'going to get worse'