Gaetz said that all of the accusations against him, regarding sexual scandals and pardon requests, are false. 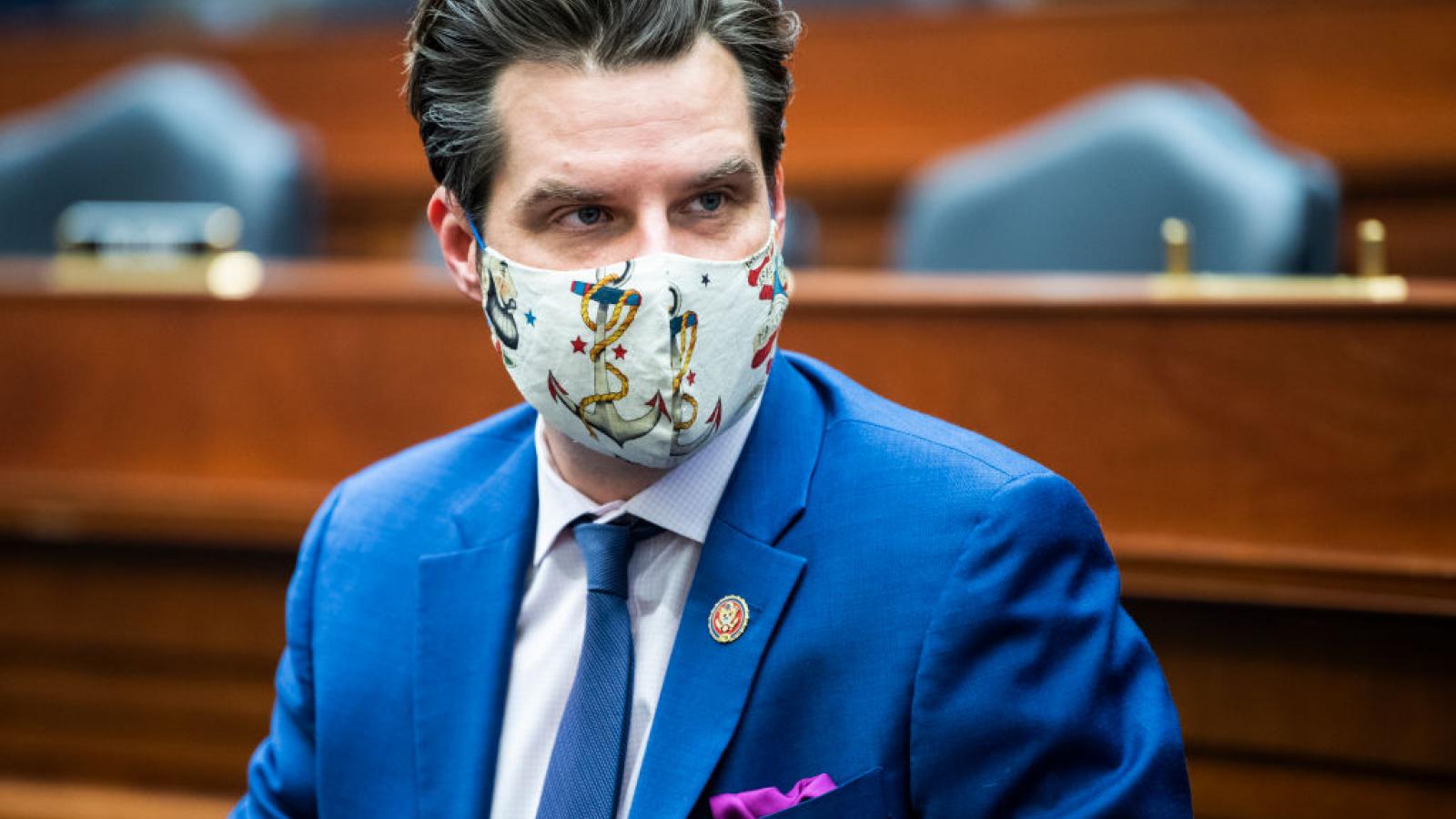 GOP Rep. Matt Gaetz allegedly asked for a "blanket" presidential pardon shortly before President Trump left office, but Trump says such a request was never brought to him.

"Congressman Matt Gaetz has never asked me for a pardon," Trump said Wednesday in a statement. "It must also be remembered that he has totally denied the accusations against him."

The report of an alleged request follows recent revelations that the Justice Department has since last year been investigation allegations that the Florida lawmaker and outspoken Trump supporter had a sexual relationship with a 17-year-old and paid for her to travel across states.

Gaetz and other lawmakers met with Trump to discuss a broad pardon strategy for his last days in office following the Capitol riot on Jan. 6. And Gaetz during the meeting allegedly advised Trump to pardon himself, other administration officials and others who supported Trump’s election fraud claims and now face insurrection allegations, Politico reports.

Gaetz says the accusations related to the federal probe and reports about a pardon request are false.

"The recent false allegations against me are not something I’ve ever discussed with Trump, pardons or otherwise," he told Politico.

A Gaetz spokesperson seems to suggest any story about the congressman having asked specifically for a pardon for himself would be a misrepresentation of any such discussion.

"Entry-level political operatives have conflated a pardon call from Representative Gaetz – where he called for President Trump to pardon 'everyone from himself, to his administration, to Joe Exotic' – with these false and increasingly bizarre, partisan allegations against him," the spokesperson said.

Prior to Wednesday, Trump had been silent regarding Gaetz's allegations.

Gaetz has also been accused to have been involved in a Harry Potter-themed sex game and showing congressmen on the House floor explicit photos of women.