Lawyer Michael Sussmann fed debunked story to FBI about alleged computer communications between Trump and Russia and was paid by the Clinton campaign, indictment stated.

Special Counsel John Durham on Thursday secured an indictment against a prominent Democrat lawyer alleging he developed and fed information to the FBI during the 2016 campaign suggesting Donald Trump was colluding with Russia without disclosing he was being paid by Hillary Clinton's campaign.

The indictment handed up against Michael A. Sussmann charges he made a false statement in fall 2016 to then-FBI general counsel James Baker that he was providing the information as an ordinary citizen and not on behalf of a client.

In fact, the indictment said, Sussmann charged his time for the meeting with the FBI to the Clinton campaign as well as much of his work developing a white paper alleging computer communications between an Alfa Bank server in Moscow and Trump Tower in New York.

Those allegation was later deemed to be false by Russia Special Prosecutor Robert Mueller. And Durham's indictment stressed that Sussmann had been warned by a colleague that the computer allegations were a "red herring" before he gave them to the FBI.

"Sussmann's statement to the FBI general counsel that he was not acting on behalf of any client was knowingly and intentionally false," the indictment said.

You can read the full indictment here.

The indictment provides elaborate detail on how Sussmann and his law firm, Perkins Coie, worked on behalf of the Clinton campaign to create an allegation – later deemed false – and bring it to the FBI in the waning days of the 2016 campaign as Clinton and Trump were locked in a tight race.

His efforts to develop a tale about the Russia computer pings coincided with similar now debunked efforts by another of his law firm clients, former British spy Christopher Steele, to further tie Trump falsely to Russia collusion through what is now known infamously as the Steele dossier.

"In truth, and in fact, and as Sussmann well knew, Sussmann had acted on behalf of and in coordination with two specific clients of the law firm: tech executive 1 and the Clinton campaign in assembling and conveying these allegations," the grand jury charged.

"Moreover, all or nearly all of Sussmann's recorded time and work related to the Russian Bank 1 allegations prior to the meeting with the FBI were billed to the Clinton campaign."

Sussmann is the second person to be indicted for criminal activity in the fostering of the now-debunked Russia collusion probe, which caused the FBI and DOJ to work for more than two years only to determine Trump's campaign and Russia had not colluded to hijack the 2016 election.

Former FBI lawyer Kevin Clinesmith pleaded guilty last year to falsifying a document to conceal from the Foreign Intelligence Surveillance Act court evidence that a primary target of the Russia collusion probe, former Trump adviser Carter Page, was in fact an asset of the CIA and not a Russian collaborator. Clinesmith was spared prison time.

The new indictment provides painstaking detail on how Sussmann assembled evidence to make the Russia computer pings allegation believable to the FBI, right down to the fact that he charged the work to Clinton's campaign.

"Sussmann billed his meeting with the FBI general counsel to the Clinton campaign with the billing description 'work and communications regarding confidential project,' " the indictment noted.

Durham alleged Sussmann's failure to disclose his connections to the Clinton campaign hindered the investigation.

"Sussman's false statement to the FBI general counsel was material to that investigation because among other reasons it was relevant to the FBI whether the conveyor of these allegations was providing them as an ordinary citizen merely passing along information or whether he was instead doing so as a paid advocate for clients with a political or business agenda," he said. 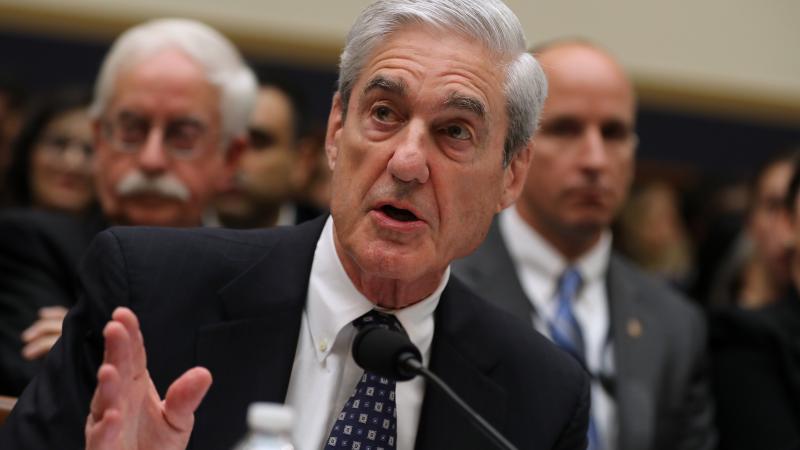