According to the suit, the Portsmouth Gaseous Diffusion Plant "would regularly and purposefully vent raw UF6 [uranium hexafluoride], transuranics, heavy metals, and other toxic chemicals into the atmosphere."

A whistleblower lawsuit filed by former workers at an Ohio nuclear plant has revealed new details about disturbing practices during the plaintiffs' tenures at the Portsmouth Gaseous Diffusion Plant (PORTS), including the alarming process — dubbed "midnight rockets" — of releasing toxic chemicals into the atmosphere.

According to the suit, "PORTS would regularly and purposefully vent raw UF6 [uranium hexafluoride], transuranics, heavy metals, and other toxic chemicals into the atmosphere from the roof of the process buildings."

After the plant was fully brought online in 1956, PORTS quickly became the single-largest electricity consumer in history. PORTS required massive amounts of electricity in order to process uranium for nuclear bombs through the Cold War, then later on for nuclear power plants. According to the plaintiffs, the amount of government-approved nuclear and chemical wastes discharged by the site to the air, water and soil through intentional releases from 1954 up until the present day was shocking.

According to a report from the Lawrence Livermore laboratory, the plant was contaminated with various radioactive materials, including uranium isotopes neptunium and plutonium, and toxic substances — including arsenic, beryllium, and chromium — have been detected. One uranium isotope, uranium-234, is abundant in the PORTS plants and is approximately 10,000 times more radioactive than the plant's profit-generating isotope, uranium-235 (used in nuclear reactor fuel).

In a meeting held by the Department of Energy (DOE) at the Comfort Inn in Piketon, Ohio — referred to by local whistleblowers and activists as the "Comfort Inn Hearing" — former Assistant Secretary of Energy David Michaels, admitted: "It is my understanding that the Department of Energy has known since 1953 and 1954 that there was plutonium contamination, not just plutonium, but neptunium and transuranic contamination in the reactor feed that came from, was transferred from Paducah."

When whistleblowers (now plaintiffs) Jeffrey Walburn and Charles "Chick" Lawson worked there, the PORTS plant received shipments which were labeled as either low-enriched uranium or "natural" uranium — both of which were allegedly contaminated with unnatural and highly toxic radioactive isotopes such as plutonium and neptunium. As little as 1/1,000,000 of a gram of plutonium is enough to cause fatalities when ingested or inhaled. The contaminated uranium supply came from foreign countries (particularly Russia) and other U.S. nuclear sites, such as the Honeywell Uranium Conversion facility in Metropolis, Ill.  via the Paducah Gaseous Diffusion Plant in Kentucky.

The PORTS plant was built to enrich uranium; it was not built to process plutonium, neptunium, fission products, etc., which were byproducts of recycled uranium from nuclear reactors. However, the suit alleges, contact with plutonium-laced shipments has occurred since the very beginning of PORTS' operations; the discharges and releases occurred in sync with these shipments. According to the suit:

"These frequent releases were always done at night, and thus acquired the name 'Midnight Rockets' … These releases carried highly radioactive materials wherever the winds would take them … Security personnel were required to be up on the roof when these unannounced intentional releases were performed, and they would be covered in the escaping materials."

An internal investigative report from the DOE Office of Oversight, Environment, Safety and Health acknowledged certain risks of "airborne hazards":

"Due to the monetary and strategic value of uranium, a wide variety of liquid and solid wastes containing uranium were processed through a solvent extraction recovery process in X-705. These operations concentrated radioactive materials, including technetium and transuranic compounds, and posed airborne hazards from both concentrated liquids and oxide powder. The uranium oxide (U3O8) produced from the calciner at the end of the recovery process provided potential exposure to insoluble uranium and transuranics. Transuranics were a special problem in 1965, 1966, 1975, and 1976, when recycled foreign reactor feed in the form of UNH was converted to oxide in the calciner. Raffinate waste was initially discharged to an onsite ditch leading to the Scioto River. Later, the X-701B settling pond was constructed; this reduced offsite contaminated effluents but increased onsite soil and groundwater contamination."

Since operations began in the '50s, PORTS' environmental monitoring program was insufficient to prevent the amounts and types of toxins the plant discharged to local bodies of water. In the '70s, PORTS installed new wastewater treatment systems in order to reduce the levels of radioactive materials released to local waterways. However, even with this new system in place, large quantities of toxins and radioactive materials still leaked out, contaminating the surrounding environment.

Liquid discharges were routine, according to the whistleblowers, and Ohio's waterways — particularly the Scioto river via the Little Beaver Creek — have long been contaminated.

"People who live near the plant say they had no idea all this was going on," the Dayton Daily News reported in 2006. "Children swam in the creeks, and churches held baptisms in Big Run Creek. That same creek runs past two unlined landfills and near a polluted groundwater plume as it passes through the plant grounds on its way to the Scioto River."

In June 2020, the Environmental Protection Agency amended and increased the maximum allowable liquid discharges from the PORTS "West Ditch" and other runoff streams to over 10 million gallons per day.

According to the whistleblowers, Midnight Rocket airborne releases became common practice at the plant. The Midnight Rockets were launched when operators needed to get rid of material fast. They would start an intentional atmospheric release by opening the vents, then pause and wait for certain indicators to lower, then the PORTS workers would open the valve all the way again. The whistleblowers claim that a pungent cloud of radioactive debris was apparent. Exactly how many times Midnight Rockets occurred is unknown, as they were considered "inappropriate releases" and were not documented.

Plaintiff Chick Lawson, the former Occupational Safety and Health Administration-certified investigator for the site, said in an interview: "We had thousands of seals that were leaking in these process buildings ... this was happening throughout the entire plant site."

Lawson claims that plant managers allowed further airborne releases by running 80-foot-tall exhaust fans (which ran up the sides of the buildings) around the clock, because the compressor seals were leaking, and these leaks could cause the interior of the buildings to become extremely hazardous with radioactive substances and hydrogen fluoride gas. The seals were failing faster than they could be repaired, so management would allow the continuous venting of uranium hexafluoride and plutonium-containing transuranics to the environment.

Lawson also pointed to a report that he called the "Tiger Team Report," which is one of many critical evidentiary exhibits in the civil RICO lawsuit against plant contractors and managers. On page 10 of the Tiger Team Report, Lawson exclaims: "The operators were wiring around the seal alarms! Because if those alarms go off, we have to leave the building. Because it's going to slow down production, what they did was just wire around the alarms ... so much for safety!"

The operator of the PORTS plant during the alleged Midnight Rockets time period was Goodyear Atomic (now-defunct). Former Goodyear Atomic personnel could not be reached for comment, and a spokesperson for Goodyear Atomic's successor at PORTS, Lockheed Martin, stated, "It is our policy not to comment on pending litigation." 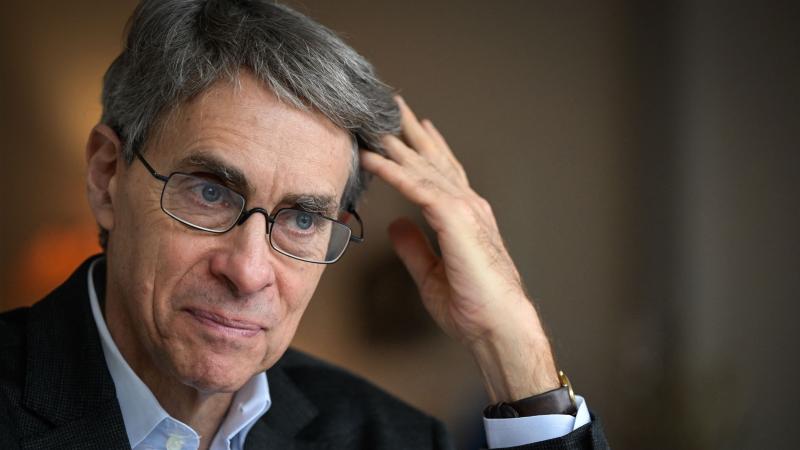 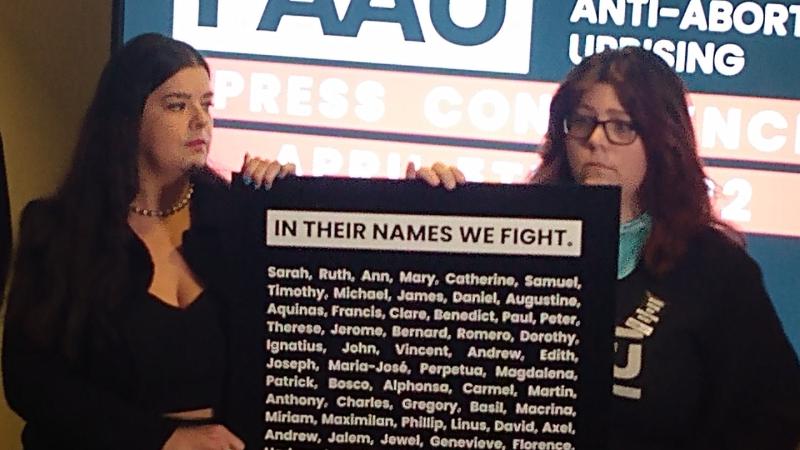 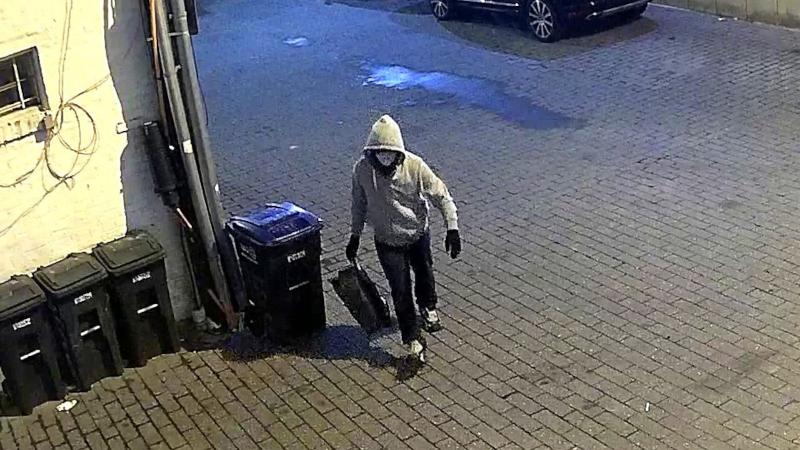