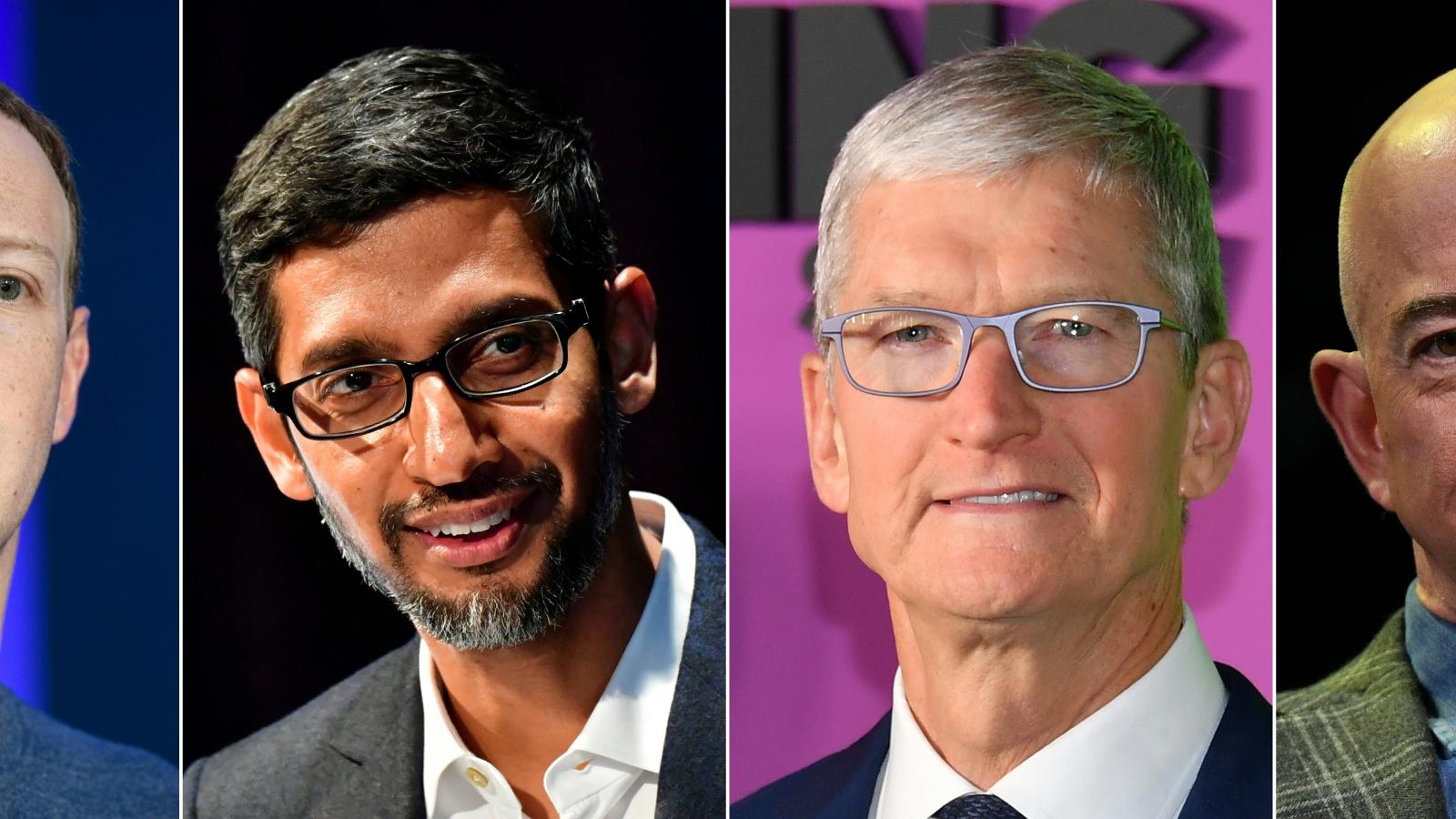 Mark Zuckerberg and chief executives from three other leading big tech companies will answer questions Tuesday on Capitol Hill, as part of a year-long congressional probe into antitrust laws and internet competition.

Mark Zuckerberg of Facebook, Jeff Bezos of Amazon, Sundar Pichai of Google, and Tim Cook of Apple are set to appear remotely before a bipartisan House panel. The central question of the investigation is whether fairly outdated antitrust laws and competition policies are adequate guardrails against the absolute market dominance of these four companies with known habits of buying-out competitors.

The House Judiciary subcommittee on antitrust, led by Rhode Island Democratic Rep. David Cicilline, has spent the last year reviewing more than one million internal documents from the companies, speaking with mid-tier executives from each tech giant, and consulting legal advisors.

Cicilline has referred to the four companies as modern monopolies, though breaking them up appears unlikely.

Bezos will be making his first appearance before Congress and has planned to introduce himself with something of a brief autobiography. In previewed testimony, Bezos speaks about the challenging conditions of his upbringing and his history as an inventor.

A portion of Zuckerberg's prepared testimony reads, “We believe in values —democracy, competition, inclusion and free expression — that the American economy was built on." He will likely face questioning about his company's refusal to filter out inflammatory and sometimes incendiary political posts from the president and others. In the wake of George Floyd's death and the civil unrest facing the country, Facebook's decision to defend free expression has cost the company advertisers.

Zuckerberg has called for increased government regulation of the internet, saying that he doesn't believe companies should be the sole decision-makers when it comes to monitoring harmful content online.

Google CEO, Pichai, will testify that his company's practices have allowed and enabled online advertising costs to fall over the past decade, resulting in lower costs of consumer goods.

Google is currently appealing a $2.7 billion fine from European regulators, who concluded that the company manipulated its search engine to create an edge over other e-commerce sites. Attorneys general from 50 states are also investigating the company for its online advertising practices.

Tim Cook will specifically discuss a series of accusations, mounted primarily by EU investigators, pertaining to fees charged by the App Store and restrictions that have prevented Apple pay competitors from coming to the fore.

"Apple does not have a dominant market share in any market where we do business ... we have never raised the commission or added a single fee," Cook will say in his testimony.