Democrat Rep. Slotkin says within her party 'desire to attack' anything related to Israel

I understand that some House Democrats object to funding for the Iron Dome in Israel. Just to level-set, a few facts (1/5):— Rep. Elissa Slotkin (@RepSlotkin) September 21, 2021

Democratic Rep. Elissa Slotkin argues a sizable chunk of congressional Democrats are consistently on the lookout for ways to demonize and attack Israel.

Slotkin, of Michigan, on Tuesday tweeted about the decision of some of her colleagues to remove a provision from a short-term government funding package that would help fund Israel's defensive Iron Dome system, which protects civilians from foreign rocket attacks.

"Iron Dome is a purely *defensive* system — it protects civilians when hundreds of rockets are shot at population centers," Slotkin tweeted. "Whatever your views on the Israeli-Pal conflict, using a system that just saved hundreds, if not thousands, of lives as a political chit is problematic.

"Iron Dome, like other missile defense systems, was co-developed by the US and Israel. The research that went into the design of this system is shared between our two countries and can be used to protect our bases abroad, in addition to Israeli civilians in their homes," she continued, adding that the funding now in question "isn't new ... or unusual ... or a precipitous increase ..."

"So to target Iron Dome now means the issue isn't a genuine concern over the system, but rather the desire to attack something – anything – related to the State of Israel; it's devoid of substance and irresponsible."

I understand that some House Democrats object to funding for the Iron Dome in Israel. Just to level-set, a few facts (1/5):— Rep. Elissa Slotkin (@RepSlotkin) September 21, 2021

Several members of the divided Democratic caucus mirrored Slotkin's disapproval of the elimination of Iron Dome funding. Congressman Ted Deutch (D-Fla.) wrote: "Last December, the House voted to fund missile defense for our ally Israel. Since then, Iron Dome has saved the lives of Israelis and Palestinians when Hamas fired 4,300 rockets. Missile defense saves the lives of people terrorists want to kill. That's why we must support it."

"Consider this my pushing back against this decision," he added.

"A missile defense system (i.e. Iron Dome) defends civilians from missiles," wrote New York Democrat Rep. Ritchie Torres. "Hence the name. Only in a morally inverted universe would this be considered a 'controversy.'"

As has been the case on previous occasions, Slotkin did not mention by name any members of her party who are consistently responsible for questioning American support of Israel. She has, in the past, declined to say whether progressive members of her party, including Representatives Ilhan Omar (D-Minn.) and fellow Michigander Rashida Tlaib should face consequences for frequently making remarks that are viewed as anti-semitic. 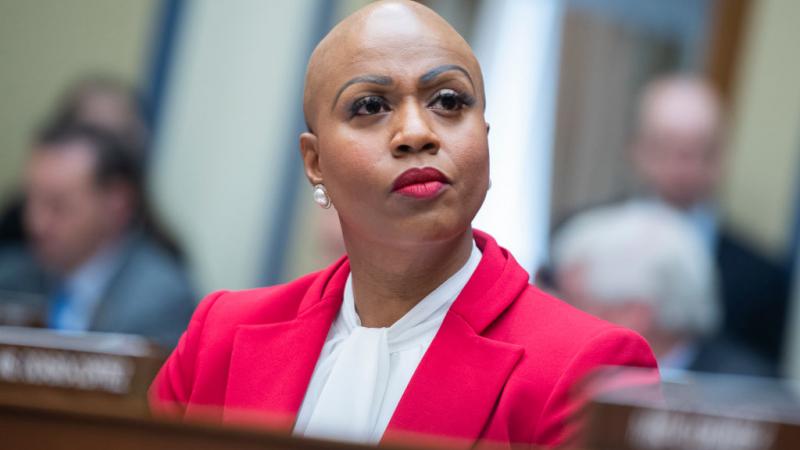