Republicans are hoping for high in-person turnout on Tuesday as their party's control of the Senate hangs in the balance.

Democrats' get-out-the-vote efforts ahead of Tuesday's runoff election in Georgia appear to be lagging behind those in the November general election.

To date, the early voting numbers are below the 2020 election figures.

"When we start early voting today, we have every belief that we're going to see a turnout that is unlike anything Georgia has seen," former Georgia gubernatorial candidate Stacey Abrams, director of the voting rights organization Fair Fight, said on Dec. 14. "We have the investment. We have the momentum."

According to Georgia Votes, a website that compiles official Georgia state voting statistics, 3,041,581 Georgians have voted to date in the runoff election, compared to 3,936,215 in the general election.

The total number of ballots cast at this point is higher than the 2008 runoff election turnout in Georgia but it lags behind the 2020 general election. In the 2008 runoff, about 2.1 million Georgians cast ballots.

Republicans are hoping for high in-person turnout on Tuesday as their party's control of the Senate hangs in the balance.

While President Trump continues to criticize state Republicans over their handling of Georgia's 2020 general election contest, Abrams said on Sunday that the "mission" of her group is to increase turnout among Democrats who want more than a $600 stimulus check to help them get through the pandemic.

Georgia Democratic State Rep. Vernon Jones, who endorsed Trump last year, told Just the News on Monday that the early voting turnout is historically high for a runoff election, but Republicans "normally want their voters to come out on Election Day."

"I have not seen a big effort from Republicans to push early voting again this year," he said. "I have seen them push, though, to get out and come back for this runoff."

"I can tell you Georgia is still a red state regardless of what happened," Jones added, referring to the November election results. "Georgia is not a blue state. It's still very much red. The numbers are there, but if they don't come out, they [Republicans] could lose this election. I hope and I believe they will turnout." 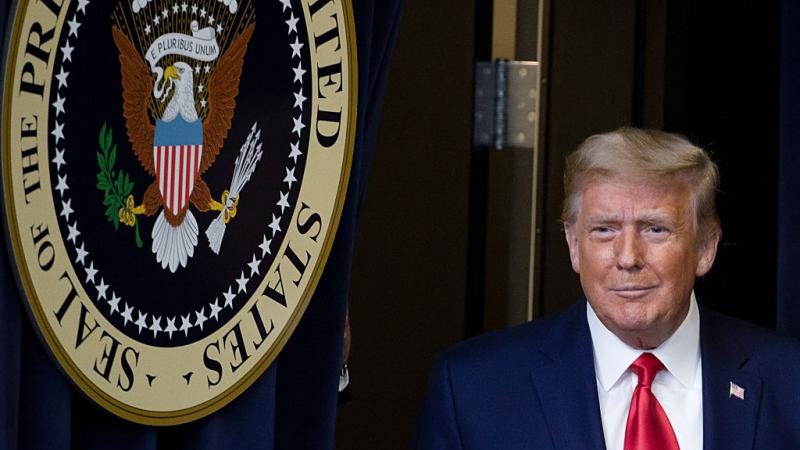