Democrats on the House Homeland Security Committee called for the Government Accountability Office to further investigate the use of "solitary confinement" in detention centers.

Committee staff toured eight ICE detention centers, spoke with "local ICE and facility leadership" and interviewed some of the migrants detained at the facilities, according to a committee report released Monday.

"The Committee repeatedly heard from detainees that their medical complaints were frequently dismissed. The most common complaint was that, whatever the issue, detainees would be given common pain relievers unless the symptoms were emergent," read the report, titled "ICE Detention Facilities: Failing to Meet Basic Standards of Care."

"At LaSalle, migrants described a system that depended on non-medically trained people to make health care decisions," the majority staff report found. "For example, if a person was experiencing pain, the guard in the housing unit might tell them to wait to go to the doctor until the morning."

The Democratic committee members also indicated in the report that the mental health services for detainees in confinement are lacking. The report cited a review conducted by the Project on Government Oversight (POGO), which identified three individuals who committed suicide in segregation.

"In one of those cases, an email from an [ICE Health Service Corps] employee noted that the individual 'could have been saved,' but was 'not being treated with psychotropic medication; instead he was remanded to segregation,'" according to the report.

During a forum on the committee's findings, Rep. Bonnie Watson Coleman (D-N.J.) responded to a portion of the report that described the facilities the committee staff had examined as "generally clean."

"They also had two weeks notice to be able to clean up as much as they could," she said on Monday. "Even with that there were still indications that things were not up to oil."

According to the report, committee staff "found evidence that ICE's facilities improperly used segregation as retaliation and in a manner that failed to meet ICE's standards."

A few examples are mentioned in the report to support the charge.

"Individuals held at River complained that guards threatened placing detainees in segregation for engaging in permissible acts that detention staff considered disruptive, like submitting too many medical requests," said the report. "Migrants at Otero similarly told Committee staff that guards frequently used threats of segregation to gain compliance with orders."

The committee's Democratic members called for the Government Accountability Office to further investigate the use of "solitary confinement" in detention centers.

"Accordingly, the Committee asked the Government Accountability Office (GAO) for a more in depth review of ICE's use of segregation," read the report.

ICE provided a statement to Just the News in response to the report.

"U.S. Immigration and Customs Enforcement (ICE) appreciates the efforts of the committee and intends to closely review the report," a spokesperson said. "ICE welcomes any recommendations that help improve agency processes and ensure that civil detention operations provide a safe and secure environment for detainees. The health, welfare and safety of ICE detainees is one of the agency's highest priorities." 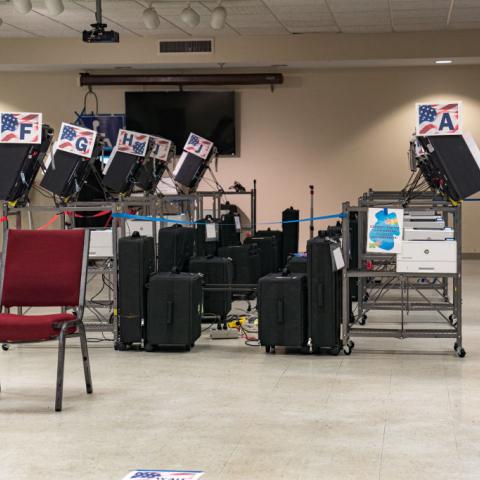