The HEROES Act, passed by the Democratic-led House, would allow illegal immigrants with tax IDs to receive two rounds of stimulus payments

The House's recently passed $3 trillion spending package provides more than $16 billion in coronavirus stimulus payments to illegal immigrants who file tax returns without Social Security numbers, according to an analysis.

The chamber's HEROES Act, written by House Democrats, passed on Friday 208-199 with just one Republican, Rep. Peter King (R-N.Y.), voting for the bill and 23 members not present.

Many illegal immigrants apply for Individual Taxpayer Identification Numbers (ITIN) to file tax returns to the IRS in lieu of Social Security numbers. An ITIN does not permit legal work authorization. Some non-citizens who temporarily earned income in the U.S. are also eligible to apply for tax ID numbers if they were not issued a Social Security number by the U.S. government.

For example, foreign students are legally permitted to work in the United States only on their college campuses, according to the Department of Homeland Security. These visa-holders would have needed an ITIN to file taxes as a means of reporting their income in 2018 or 2019. If they graduated and left the United States since they filed their tax returns, they would still receive stimulus payments under the HEROES Act.

Still, Senate Majority Leader Mitch McConnell has said the bill has no chance of passage in his chamber, and President Trump has vowed to veto it. The White House, however, has signaled that it's open to supporting another round of the stimulus payments in the CARES Act.

According to Policy Works, a consulting company that assists credit unions with management and regulatory compliance, “the use and acceptance of ITINs as a business practice has been somewhat controversial, and that’s largely because the majority of ITIN holders are undocumented immigrants.”

Republican lawmakers attempted to add language to the bill to prevent ITIN holders from qualifying for the stimulus payments but the change was rejected by Democrats in the chamber.

According to the Institute on Taxation and Economic policy, the HEROES Act “remedies the CARES Act which included a targeted, one-time payment of $1,200 per adult and $500 for children sixteen and under but required every member of a household to have a Social Security Number, excluding millions of undocumented immigrants and their children and spouses, many of whom are citizens, from payments.”

The Institute on Taxation and Economic Policy reported that the change would send a total of $16.3 billion in stimulus payments to illegal immigrants and their dependents who filed tax returns with tax ID numbers in 2018 or 2019. The retroactive change to the CARES Act would cost $6.9 billion, according to the group's analysis, and the HEROES Act provision would cost $9.4 billion.

“Nancy Pelosi just got caught trying to give coronavirus stimulus checks to illegal immigrants,” he tweeted on Friday. “She seriously didn't think anyone would read the 1,800-page wishlist she wrote in her office. NOT SO FAST, NANCY. Republicans made Democrats vote on the record on this one!”

“Did Dems really think Republicans wouldn’t notice that the HEROES Act prioritizes illegal immigrants over Americans if those provisions were strategically folded into an 1800+ page bill?” he wrote. “Americans are suffering; of course Republicans are doing our due diligence.” 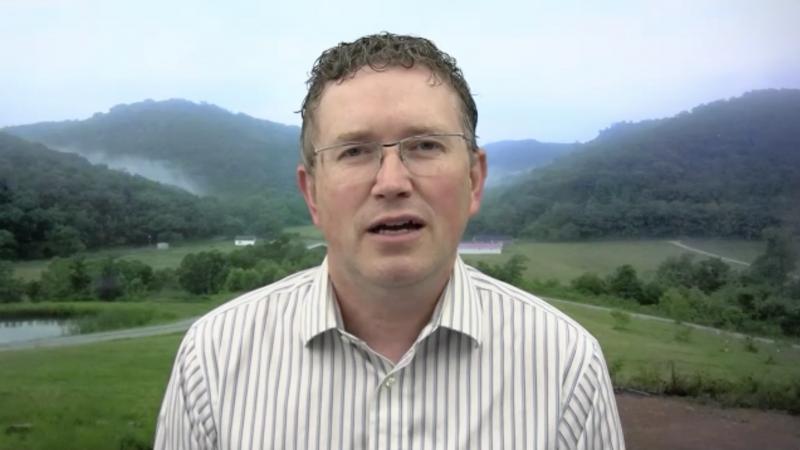