The Senate majority leader set a Thursday procedural vote for new stimulus plan. "It's a vote for senators to say whether they want to move forward toward huge amounts of relief for kids, jobs, and healthcare, or whether they are happier doing nothing," said McConnell.

Senate Majority Leader Mitch McConnell is arguing that Democratic leaders do not want additional bipartisan stimulus funding to reach the American people before the November election.

"Speaker Pelosi and Leader Schumer were attacking our new proposal yesterday before they'd even read it; before it had even come out," McConnell said. "Their position is clearly that they do not want any bipartisan relief whatsoever to reach American families before the election."

The new legislation, titled the Delivering Immediate Relief to America's Families, Schools and Small Businesses Act, includes a $300 weekly federal unemployment benefit, more Paycheck Protection Program funding for businesses, about $100 billion for public schools, $15 billion for childcare, $10 billion for the U.S. Postal Service and more funding for coronavirus testing. The legislation does not include another round of direct payments or additional federal funding for state and local governments.

The House Democrats' HEROES Act extended the $600 weekly federal unemployment benefit through Jan. 31. It included $1 trillion for state and local governments, as well as another round of $1,200 stimulus payments. Undocumented immigrants would qualify for two rounds of stimulus payments under the bill.

McConnell announced that the Senate will take a "procedural vote" on the bill Thursday.

"Every Senator will either say they want to move forward, agree where we can, make a law to help people and keep arguing over our differences later or say they prefer to do absolutely nothing," McConnell said. "Tomorrow, American families will learn who wants to make a law for them and who is happiest if they get nothing."

Just the News asked McConnell's office if he supports adding direct payments to the new stimulus legislation, but they declined to comment.

"Republicans develop a serious plan to get historic amounts of additional money in the pipeline for kids, jobs, and schools, and Democrats just point fingers, call names, and keep blocking American families from getting any more help before the November election," McConnell said on Thursday.

Referring to stalled negotiations between congressional leaders and the White House, McConnell criticized Democrats for opposing any further coronavirus aid package outside of the $3.4 trillion HEROES Act, which he referred to as a "wish list."

"If Democrats didn't get their diversity studies for the cannabis industry, stimulus checks for illegal immigrants, and tax cuts for blue-state millionaires, they'd make sure millions of Americans would lose their unemployment benefits and the PPP would close. That's what they threatened, and that's what they did."

McConnell said Senate Republicans are ready to provide additional stimulus during the pandemic.

"Schools and colleges have gone without the $105 billion that Republicans wanted to give them in July. That's more money than Speaker Pelosi put in her bill. American workers have gone without the second round of the PPP that Republicans proposed weeks and weeks ago. Speaker Pelosi had no money for the PPP in her bill," he said.

"It's a vote for senators to say whether they want to move forward toward huge amounts of relief for kids, jobs, and healthcare, or whether they are happier doing nothing," he said. "That is what every single Senator will decide tomorrow. Do you want to do something, or do you want to do nothing?"

"Was it Democrats who called for a pause? Was it Democrats, when COVID was raging, said we had to assess the situation? Oh, no. It was the Republican leader who said those things," Schumer said.

Schumer blasted Senate Republicans on CNN for not including state and local aid in the new bill.

"There are going to be hundreds of thousands, if not millions, of layoffs of people who work for our state and local governments," he said. "The people who drive the buses, pick up the garbage, fight the fires. They're not getting any money, and they even, because of these hard-right-wing ideologues, they wouldn't even let them use the money they already got that we put in the previous bill against the resistance of Republicans for lost revenues." 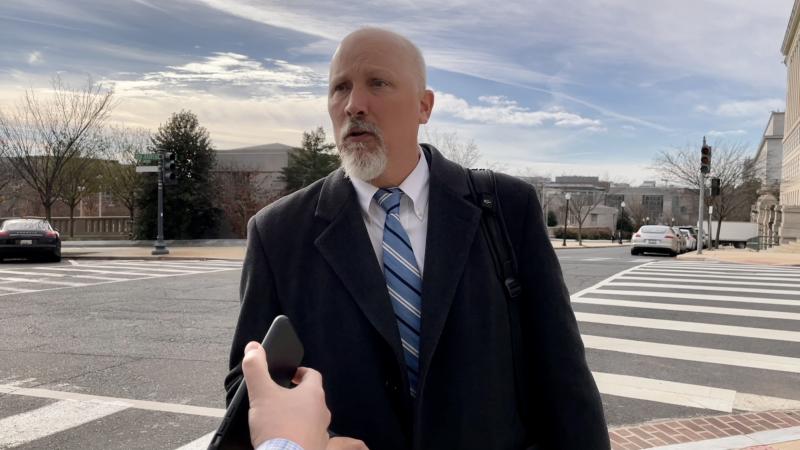 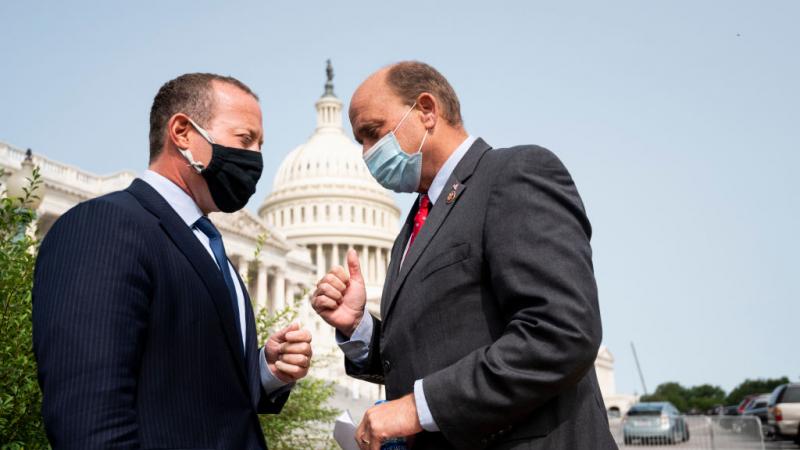