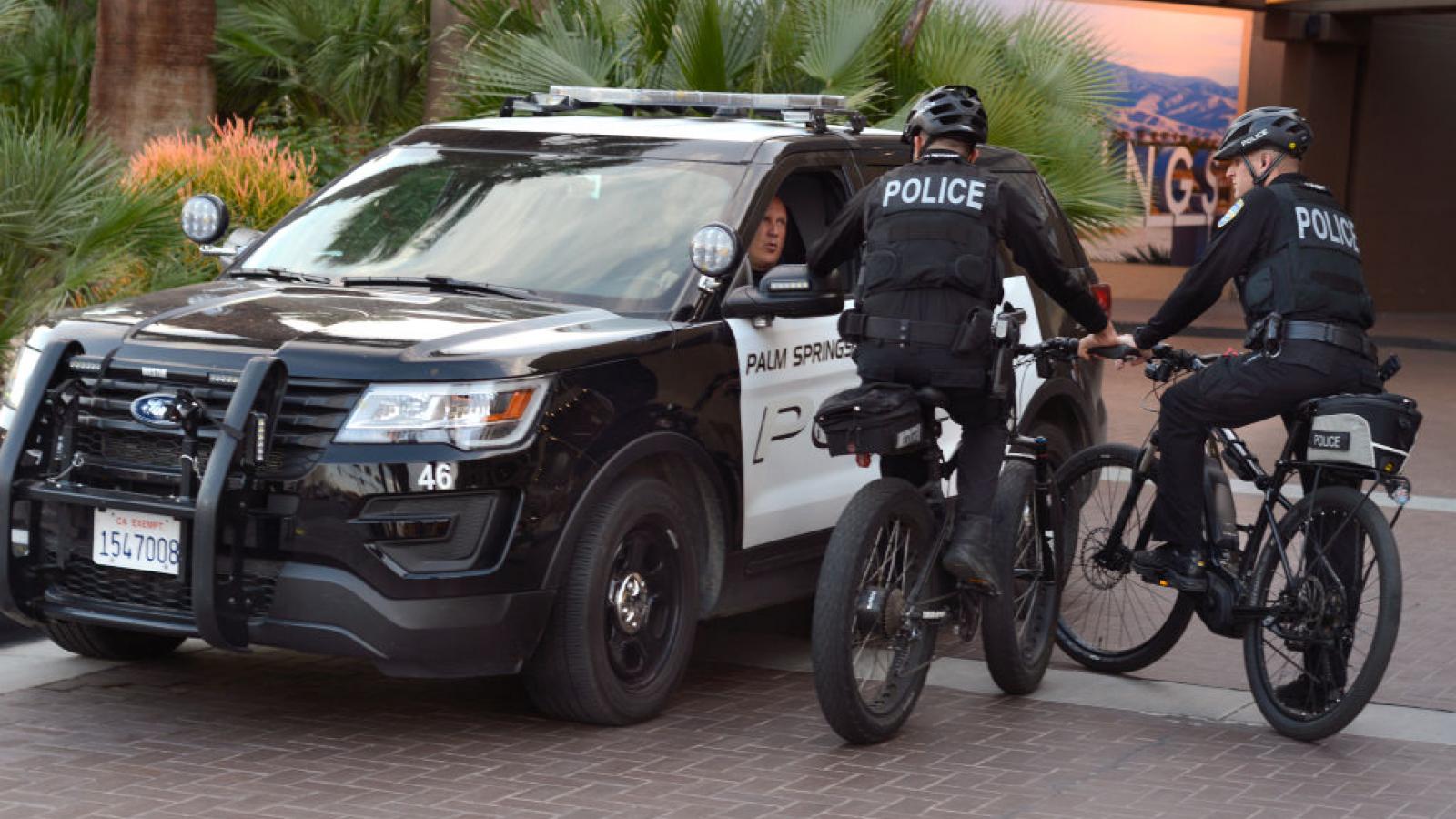 Police officers speaking to each other in Palm Springs, California in 2019
(Robert Alexander/Getty Images)
By Alex Nitzberg
Updated: September 1, 2020 - 10:51pm

Five Republican Senators and dozens of House members have signed a Heritage Action pledge to support people serving in law enforcement and to stand against efforts to defund police.

No Democratic senators or House members have placed their name on the conservative organization's pro-police pledge so far, according to the organization's list of pledge signers.

"A lawful society—free from mob rule and violent insurrection—is not possible without Law Enforcement," the pledge declares. "Police Officers have chosen a noble profession. They dedicate their lives to upholding the law and protecting the sacred rights of their fellow citizens. As a profession, they deserve support and respect. I stand with America’s Police and pledge to oppose any bill, resolution, or movement to 'Defund the Police.'

Sen. Scott in a Monday press release announced that he had signed the group's pledge.

“Law enforcement officers across America risk their lives every day to keep people safe. As Governor, and now as Senator, I will always do everything I can to support our brave men and women in uniform," Scott said. "Stripping our law enforcement of the resources necessary to protect our communities would do nothing to keep Americans safe. In fact, this would endanger our communities more. I won’t let the radical Left use the crimes of a few bad actors to demonize good, hard-working police officers. We must stand up for those fighting every day for our safety,” the senator said.