‘We may all be moving to Canada soon,’ Schiff says at disinformation and election interference talk

On fighting online disinformation ahead of 2020 election, Schiff says Google-YouTube's strategy is to 'avoid the scrutiny of the other platforms and disclose as little as possible'

Rep. Adam Schiff, chairman of the House Intelligence committee, said Monday that he might want to move to Canada, during a discussion about disinformation and election interference on social media platforms.

“We may all be moving to Canada soon,” he said during a forum on "Social Media Disinformation and Election Interference," organized by George Washington University.

The California Democrat made the comment before the moderator moved the discussion to Dominic LeBlanc, a member of the Canadian Parliament.

Schiff, who was one of the House’s impeachment managers in the case against President Trump, said he remains most concerned about Russian interference on social media heading into the November election and big tech’s handling of the issue.

The congressman's office was not available for comment before the publication of this story.

Reflecting on a recent House Intelligence committee hearing with social media companies, Schiff said he gets “the sense that there's something going on at Twitter, that maybe, we've reached the last straw for what the management of Twitter can take, in terms of what they're seeing how their platform is being used.”

He also said that Facebook will “need to be pulled and dragged into this era of corporate responsibility. The economic incentives are simply too powerful for continuation of the status quo.”

He shared his impression of Google after the hearing on foreign influence and election security took place.

“I, until proven otherwise, have the sense with respect to Google-YouTube that their strategy is to avoid the scrutiny of the other platforms and disclose as little as possible,” he said. "It’s not unlike the — although I'm sure they won't appreciate this analogy — the president's view that if you don't test it, there is no virus. If they don't discuss it, if they don't reveal it, there is no problem, and so nothing I guess from the hearing shook those impressions, but time will tell.” 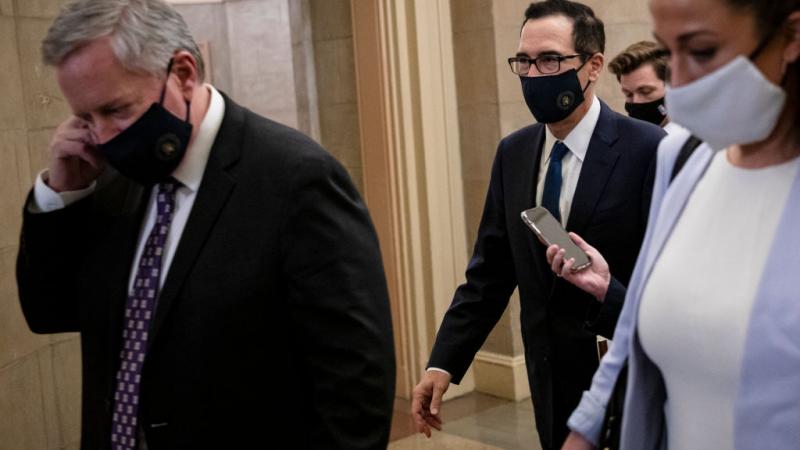