On 5th anniversary, Charleston victim condemns violence, rioting: 'You're not going to get anything'

'Because with rioting and violence, you're not going to get anything. You know, people are going to look at you in a darker shade than what they're looking at you already. And nobody's going to listen to you' – The Rev. Anthony B. Thompson 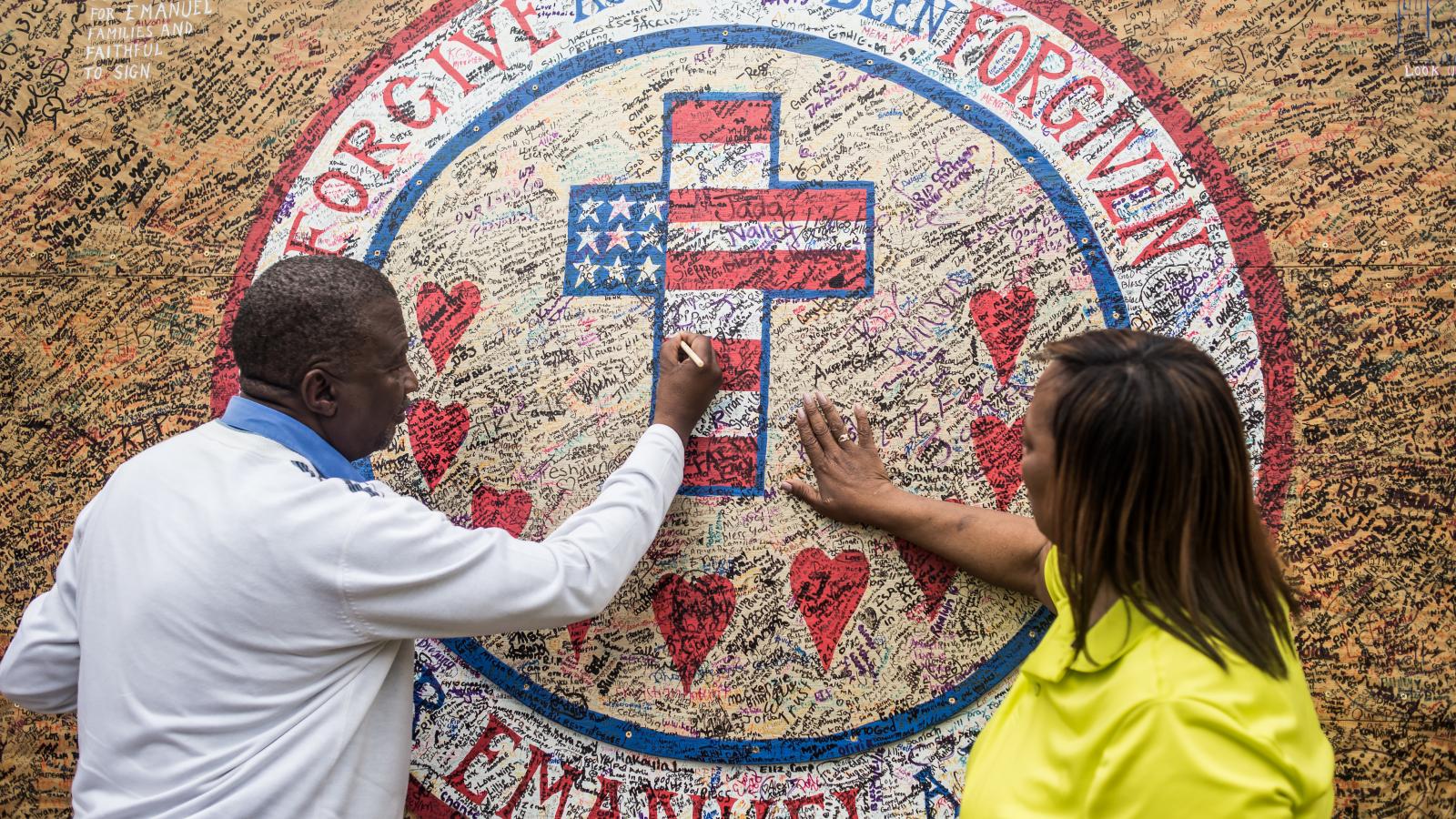 On the 5th anniversary of the shooting of a predominately black church in Charleston, S.C., the husband of an African-American murdered by a white supremacist urged protesters upset about the death of George Floyd and other cases of police brutality to remain peaceful.

The Rev. Anthony B. Thompson, whose wife, Myra, was killed in Charleston in 2015, condemned the recent nationwide violence and rioting, saying he instead encouraged peaceful protesting to enact positive social change and that he was troubled by scenes of looting and destruction. The destruction hit many majority-black neighborhoods, destroying black-owned businesses and neighborhoods.

"Martin Luther King was stressing non-violence," Thompson told Just the News in an interview Wednesday. "Because with rioting and violence, you're not going to get anything. You know, people are going to look at you in a darker shade than what they're looking at you already. And nobody's going to listen to you. And those who walk violently, they get locked up, then they get a criminal record, then they can't do anything."

Thompson, who grew up as a boy following the work of Dr. Martin Luther King Jr., and later marched for civil rights, noted that King repeatedly called for non-violence, even in the face of physical harassment and violence from firehoses, dogs and racist beatings.

"We still peacefully protested, and that protesting peacefully – or doing Martin Luther King-style – brought us to where we are now," Thompson said. "You know, there were some things that have changed. You know where it may not be total equality or total social justice. But, but, you know, it's better than what had happened. And that's the way to accomplish anything, you know not to violence variety."

Through the power of forgiveness, Thompson said, he successfully foiled the plans of the racist white supremacist who committed the 2015 church massacre that killed nine black parishioners, including his wife at the Charleston Emanuel African Methodist Episcopal Church.

During the criminal's first bond hearing, Thompson forgave Dylann Roof, the young, white man who opened fire during a Bible study service five years ago today. Since then, Thompson said, he has learned to let go of his anger, and through that, found inner peace.

In his book, "Called to Forgive: The Charleston Church Shooting, a Victim's Husband, and the Path to Healing and Peace," Thompson talks about his journey in finding peace with the killer and himself.

“He wanted to start a race war. It could have been a race war had we decided to give in and hate him, get angry with him and burn up our city or just get mad at every white person we came in contact with. But of course it wasn’t in our heart to do that you know – at least wasn’t my heart to do that as well,” Thompson said.

Thompson said despite some disturbing scenes, overall he was pleased to see that today's protesters were more racially diverse – especially including more white Americans willing to work with racial minorities – and included more young people than he observed as a young man during the 1960s and 1970s.