"If [Biden] had said he was going to restrict it to a Muslim because no Muslim has ever been appointed, it would be unconstitutional," Dershowitz said.

Attorney and constitutional scholar Alan Dershowitz criticized President Joe Biden's decision to only consider black women for Supreme Court nominees, comparing it to if the president restricted the nomination to only Muslims.

Biden "made a serious error" in having race and gender qualifications for Supreme Court Justice Stephen Breyer's replacement, Dershowitz said Tuesday on the "Just the News" show with editor-in-chief John Solomon and co-host Amanda Head.

"If [Biden] had said he was going to restrict it to a Muslim because no Muslim has ever been appointed, it would be unconstitutional," Dershowitz said, citing Article Six of the U.S. Constitution which states "no religious test shall ever be required as a qualification" to hold public office.

Dershowitz said he believes that under the Fourteenth Amendment and the Nineteenth Amendment, "you cannot use race and gender as a disqualifying factor in appointing people to the Supreme Court."

"I think it's wonderful if the most qualified person and maybe she is is a black woman, that's great. That would add diversity to the court. I would welcome that enthusiastically, but to say to every person who's not a black woman, 'No, I'm sorry. You're not qualified to serve on the Supreme Court, at least not in this appointment,' … That just is not the American way. I don't think it's fair," Harvard professor emeritus said.

Dershowitz has known Biden for years and said he thinks Biden "believes in the Constitution" but "made a serious error here in announcing that he was going to limit" the nomination.

President Ronald Reagan and President Donald Trump made similar announcements when choosing to nominate female judges to the Supreme Court.

"Three constitutional wrongs do not a constitutional right make. Anybody who announces in advance gender or race or anything like that is violating the spirit of Article Six and Amendments Fourteen and Nineteen," Dershowitz argued.

Dershowitz warned in November during the "Just the News" podcast that "identity politics" is in the "justice system."

"Everything is about race or politics," he said.

Dershowitz also told "Just the News" on Tuesday that failing to disclose vital evidence during the Trump impeachment is a "serious constitutional violation."

You Vote: Have the Jan. 6 hearings changed your view of Trump's conduct during the Capitol riot? 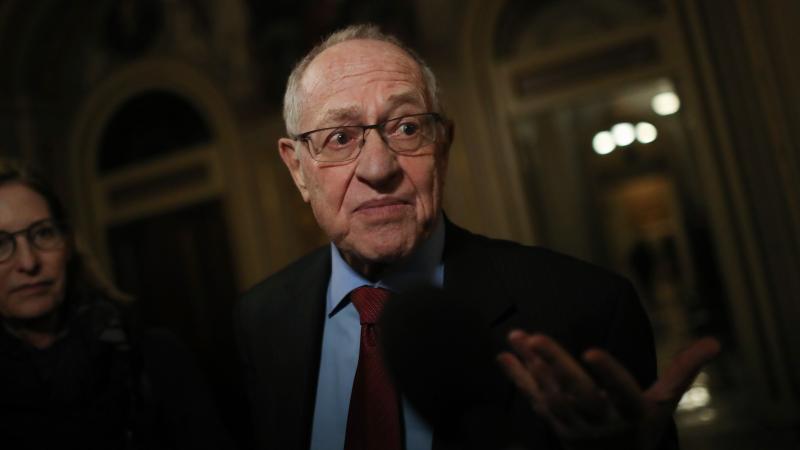 Dershowitz: Trump critics 'stretching the law' in push to 'get' former president