The recall of Chesa Boudin, perhaps the most progressive district attorney in America, in response to rampant crime and squalor in San Francisco may spur California voters to review the consequences of their other electoral choices.

Female inmates at the California Correctional Facility for Women (CCFW) said an anatomically male transfer raped a woman in a "port-a-potty" last month and threatened to rape others, according to an inmate declaration in a constitutional challenge to a California law that lets prisoners choose their gender identity for placement purposes.

Sen. Scott Weiner (D) sponsored SB 132, which passed both legislative chambers with about 3-to-1 support and backing by the California ACLU affiliate. Gov. Gavin Newsom (D) signed it into law in fall 2020, and it took effect the following January.

Its co-counsel is former Trump administration lawyer Candice Jackson, known for changing the Department of Education's approach to Title IX investigations and an earlier book on the "women targeted by the Clinton machine."

Inmate Mimi Le testified that she observed the victim "barely conscious" May 19 as she was brought into a building that afternoon. Less than an hour later, "A.D." was "taken out on a stretcher" under the code for "unresponsive inmate."

Prison staff were interviewing inmates the next day about the reported rape, based on witnesses who observed A.D. and "J.R." — formerly Jonathan Robertson, now Syiaah Skylit — before and after they entered the port-a-potty.

Le said transgender men who are anatomically female told her that Skylit spat at them and threatened to rape them that day as well, which Le had heard as indistinct shouting. "There is nothing you bitches can do," Skylit allegedly told them.

Skylit's lawyer told CNN a year ago that her client's transfer to CCFW was approved the same day they filed a class-action lawsuit on behalf of incarcerated transgender women, with Skylit as lead plaintiff. Trans activists had been demanding Skylit's transfer since 2020, citing "multiple acts of brutal, senseless violence" in a men's prison.

The California Department of Corrections and Rehabilitation (CDCR) approved some transfer requests based on gender identity prior to the law. The ACLU sought to intervene in the lawsuit last month, arguing CDCR is slow-walking transfers despite a statutory mandate.

Inmate Sadal Sidiq, a "Muslim transgender man," filed a declaration saying women "coexisted with ... the very small number of fully assimilated trans women" before the arrival of statutory transfers, who are "just here to try to have sex with women."

WoLF said it learned about the Skylit attack while it was preparing its opposition to California Attorney General Rob Bonta's motion to dismiss, which argues SB 132 is like a racial integration law.

It couldn't get declarations from three women who "directly witnessed the assault ... because of time constraints and the women's limited access to outside communications," the group said in a case update last week. Legal Director Lauren Adams told Just the News Wednesday she hadn't obtained more signed declarations yet.

The group claimed Skylit had been transferred to the "lower-security" California Institution for Women (CIW) following the attack. "If CDCR thinks that transferring a reported male rapist to a lower-security women's facility is the solution to sexual violence, then CDCR cannot be trusted to keep any woman safe."

CDCR told Just the News it was "actively" investigating the allegations, as it does "all allegations of sexual abuse, staff sexual misconduct, and sexual harassment" under its own policy and federal law. It didn't answer whether Skylit had been transferred to CIW or comment on its security relative to CCFW's.

Co-counsel Jackson isn't the only surprising face in the case. Evolutionary biologist and Quillette Managing Editor Colin Wright filed an expert declaration supporting the plaintiffs, citing sex as an "immutable" and "unchangeable" characteristic regardless of "cosmetic" medical interventions.

"From an objective standpoint, a person's subjective feelings do not define or change their sex, which is factually and statically either male or female, determined before birth, and defined by objective reproductive anatomy," Wright wrote.

Jackson told Just the News she recruited Wright because "he's a little shielded" from predictable blowback for supporting sex-based rights "since he's not trying to stay in academia anymore." He confirmed this was his first expert declaration, but "hopefully not my last!"

Her relationship with WoLF dates back to the Trump administration, when the group joined with the conservative Alliance Defending Freedom to request meetings with her on girls' privacy in schools.

Jackson's day job is employment law, but her "activist time" is devoted to gender ideology fights, she said. Jackson is an unpaid advisor to Genspect, which serves so-called detransitioners and challenges the "affirming" model of treatment for gender confusion, and is "loosely, unofficially" involved in a similar group, Women's Declaration International.

This is her only public interest lawsuit, Jackson said. "Litigation has been a little sporadic" on sex-based challenges to gender identity in the law, since few groups have figured out "how to take on real lawfare in this area," she said

WoLF partners with "allies across the political spectrum" to protect "women's sex-based rights against misogyny on both the right and the left," Adams told Just the News. "Candice is very knowledgeable and dedicated."

Wright is a "big supporter of protecting single-sex spaces for women and a natural fit for an expert declaration in this case," she said. "We should not have needed to get an expert to explain men and women to the ACLU, but unfortunately, we did, and Colin did a great job." 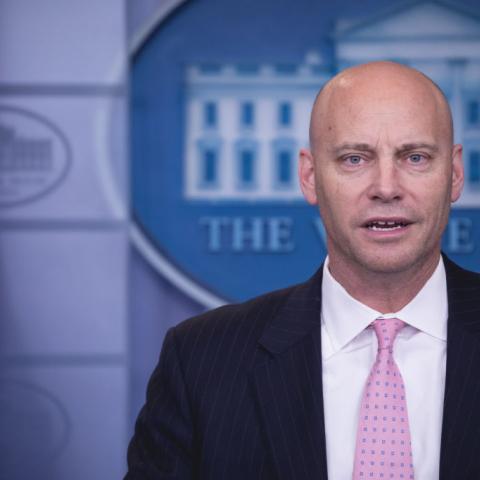